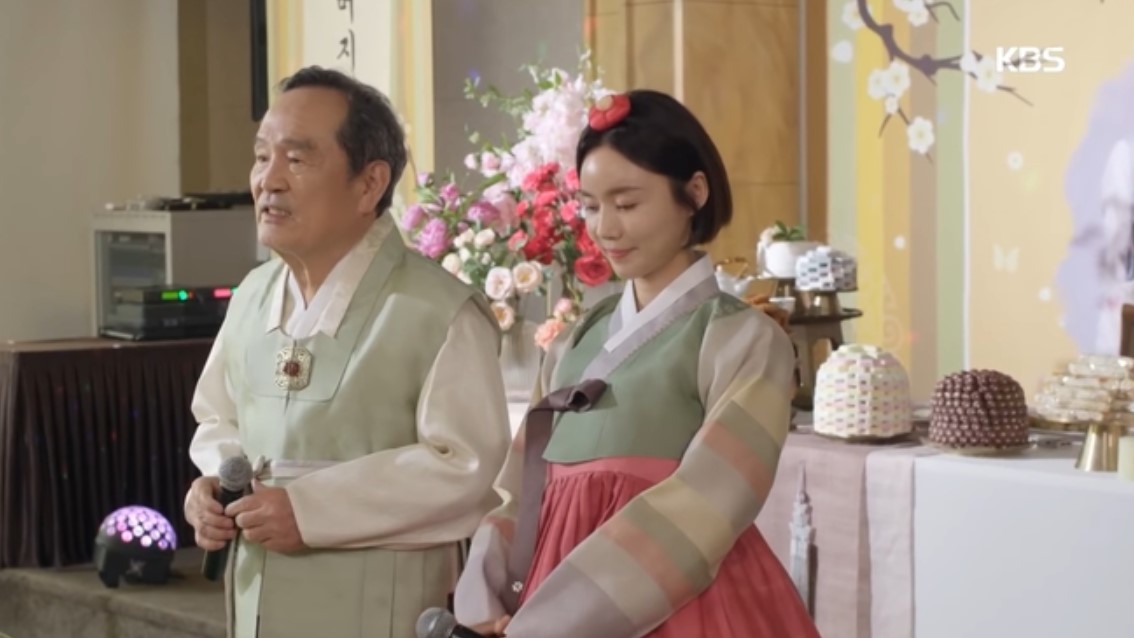 Ths story follows the life of Bu Young, an owner of a 50-year-old Pyongyang cold noodle restaurant whose health scare causes his children to quarrel over his vast wealth. Feeling betrayed by their behavior, he decides to marry Gye Ok, a 33-year-old single maid enticed by Young Ba’es fortune and big family, under false pretenses.

This move shocks his sons, but Gye Ok’s strong work ethic makes Young Bae realize that she’ll be able to keep his cold noodle restaurant afloat. Unlike his siblings, Young Bae’s independent and headstrong son Bu Seol Ak isn’t interested in his wealth or family drama, but his disdain for Gye Ok and her presence in his aging father’s life motivates him to get involved, bringing the two adversaries closer together in unexpected ways. Let’s take a look at what happened in the last episode below.

Gye Ok learns that his dad lost all the money of her mom and that her mom raised her although she isn’t her daughter. So she decides to get married to Young Bae. Finally, Young Bae’s 80th birthday party is held, and his children are nervous to see Young Bae’s soon-to-be bride for the first time.

Brilliant Heritage episode 26 will be released on Monday, 25 May 2020 at 20:30 Korean Standard Time. New episodes are broadcasted every week Monday up until Friday on local Korean tv channel KBS1. For streaming or for those who are watching from other countries. You can use the official streaming details for Brilliant Heritage below.