With me here I have the latest updates about Kaguya Sama Love Is War episode 10 the previews for the last episode of the anime. Keep in mind that this post might contain spoilers for the upcoming anime episodes so it is better to proceed with caution if you don’t like spoilers.

Kaguya Sama Love is War Season 2 Episode 10 will be released on Saturday, 13 June 2020, at 4:30 PM JST. You will be able to catch new episodes every Saturday. But due to the time differences, you might wanna account for the time differences with your local region if you want to get the episode as soon as it is released 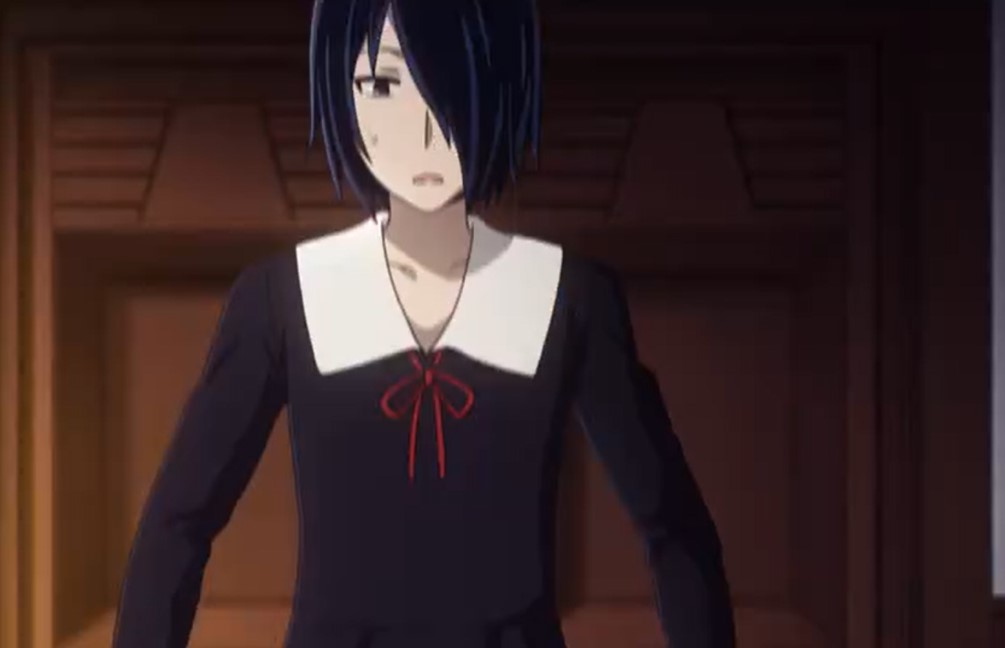 Miko went to the student council room and ask Kaguya what does she think of Miyuki. Kaguya replied that why is she asking her that while she doesn’t even know the answer she runs away with love emotions in her face. Kaguya meets with Miyuki and runs away out of fear of love. Miyuki notices that she runs away every time she sees him and she won’t look in his eyes.

Kaguya asks her if she has a better way to deal with her problem. Hayasa told her to develop a calming ritual.  Hayasa started teaching her the ritual and Kaguya mastered it. Hayasa shows her picture of Miyuki. When she wanted to fall in love with it, Hayasa told her to touch her cheek as part of the ritual and she manages to overcome it. She also told Kaguya that even if she gets a near kiss to Miyuki she will be able to stay calm as she has mastered the ritual.

The next day Kaguya meets with Miyuki and her heart started beating fast as Miyuki is moving toward her then he grabs her right hand. Kaguya started to feel dizzy and she wanted to do a trick of touching her cheek with her right hand but she could not as Miyuki is holding onto it. Miyuki wanted to kiss her but he ends up falling then Kaguya touches her cheek so that she won’t be scared to face him. In the afternoon Kaguya makes Ishigami wear her dress with makeup to become a cheerleader.