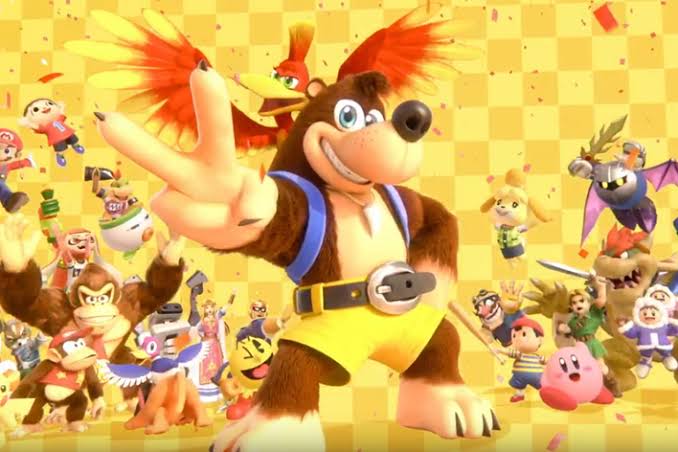 Finally, we heard something we wanted to hear for a long time, Nintendo’s Super Smash Bros. Ultimate: Banjo and Kazooie will arrive in the fall of 2019. Nintendo said that bear and Breegull partners with Banjo and Kazooie from 1998’s Banjo-Kazooie for the N64, are coming from. Back in 2018 poll, a poll was conducted of 20,000 fans, in which Banjo and Kazooie ranked number one from amongst the most-desired fighters in Smash Ultimate.

The latest news that hits Banjo and Kazooie comes from the mouth of Xbox’s head Phil Spencer, who said that this introduction wasn’t as interesting as it looked like, he said that because Microsoft had maintained positive relations with Nintendo’s third-party team, it became easy to be a partner. Microsoft is one of the biggest third-party publishers on the Switch; it must be known.

So Microsoft happened to partner up with them based on past relationships. Spencer said that he had always welcomed having Banjo in Smash, he’s always been open to that.

Although we didn’t get a good look into the gameplay, Kazooie mows down opponents from inside Banjo’s backpack, then shoot out little balls. We also were given a glimpse of Banjo slam the smash debutown into some major damage. In the end, Kazooie helps Banjo fly. Speculations for some time were rife with Banjo and Kazooie’s Smash debut. Only last week, ace leaker Shinobi602 posted on gaming forum ResetEra that it had been a while since we Banjo was seen in anything. He hoped for a smashing good time.