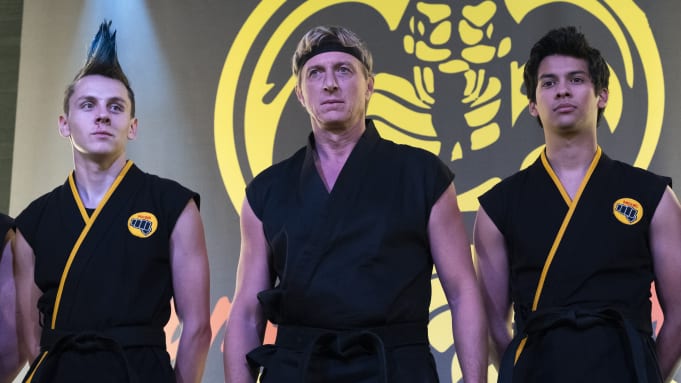 The highly popular Youtube series Cobra Kai is set in a time frame of 35 years after the events of The Karate Kid. The iconic roles of Daniel LaRusso and Johnny Lawrence have been reprised by Ralph Macchio and William Zabka, respectively. It was only a few months ago that the second season of Cobra Kai released amidst positive reviewed from both the audiences as well as the critics.

Just recently, William Zabka sat down an in interview with PopCulture.com. Zabka spoke about how the show Cobra Kai is going to be much more deeper in meaning and huge with its story this time around. If you have watched Season 2 of Cobra Kai, you must know of the major cliffhanger at which the second season left, Zabka informed us that there is a lot to clean up. He further added that all the characters at this point in some sense are broken and the pending storylines that need to be continued.

Recent analytics tells us that the third season of Cobra Kai has outdone all of its streaming competition with its story. The figures have been provided by data provider Parrot Analytics to Variety. William Zabka is humbled by the journey that the show brought after 35 years later and amazed at how well Cobra Kai is received by first-generation fans and the new ones.

If you must know, the third season of Cobra Kai will feature the return of one of the John the Kreese (Martin Kove). John Kreese is one of the most favorite movie characters Zabka also spoke of how Johnny (Zabka’s character) is not done with Kreese.

Zabka also added that he doesn’t know much on thefor Season 3. He doesn’t have the full view yet of the upcoming season of Cobra Kai, in that when it is going to come out, etc. The writers have just started to carve out the first episode of Season 3, past this Memorial Day.

As goes for theof Cobra Kai, the series doesn’t have a set pattern for a update. Season 1 of Cobra Kai debuted in early May 2018; Season 2 debuted in April 2019. Cobra Kai Season 3 may premiere in the spring of 2020. However, an official announcement is pending in this regard.