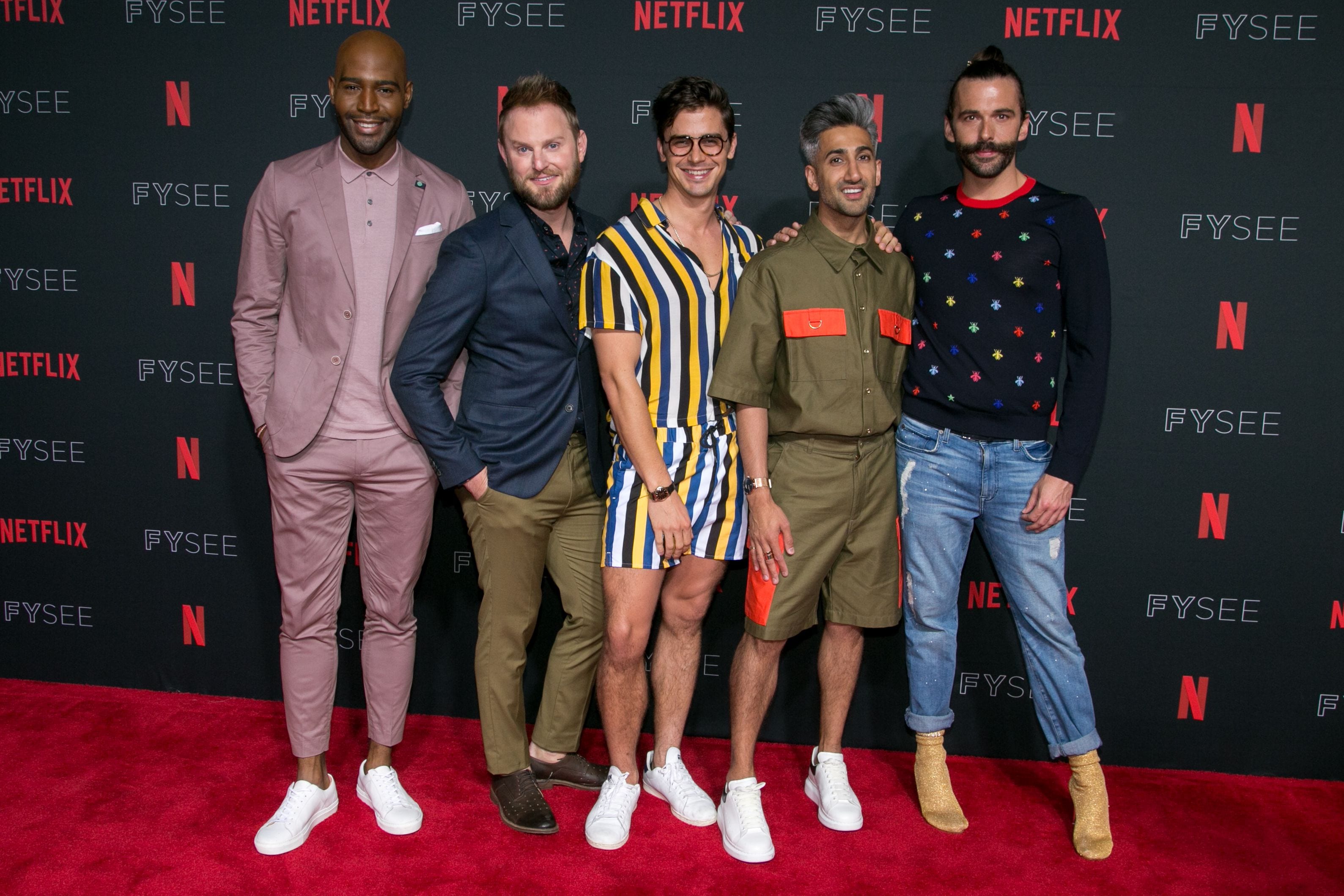 Queer Eye is a Netflix original series that was released on February 7, 2018. The series is a reboot of Queer Eye for the Straight Guy. So far three seasons of the show have been released. The reboot features a new Fab Five— Tan France, fashion expert; Bobby Berk, design expert; Antoni Porowski, food and wine expert; Karamo Brown, culture expert; and Jonathan Van Ness, grooming expert.

The new trailer for Queer Eye’s fourth season showed Jonathan Van Ness returning to his Missouri high school along with the rest of his crew. The crew includes Antoni Porowski, Tan France, Bobby Berk, and Karamo Brown. The squad went to the school to get a makeover done to Kathi, Jonathan’s former orchestra teacher.

In the fourth season of Queer Eye, the Fab Five are going to work with a farmer, a young man who is trying to get adjusted to life in a wheelchair, and a dad who is going to learn to use a frying pan for the first time. The trailer also hinted that the fourth season would have some intense moments. So, you can expect a rollercoaster of emotions in the upcoming season of Queer Eye.

The show has a rating of 8.4 on IMDB. It is a pretty unique and it has a loyal fan following. The fan base of the show continues to grow. You should watch Queer Eye if you’re looking for something different than the regular shows.