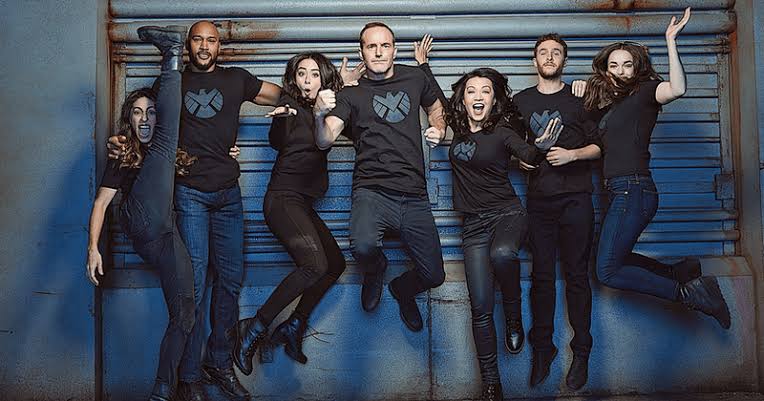 Marvel’s Agents of S.H.I.E.L.D has wrapped filming forever with the filming wrap of Season 7 finale episode.

Castmates of the TV series commemorated the TV show in the best possible way by paying homage to everything in the show. Since 2013, Agents have been on TV and doing pretty well for itself. It was back in 2013, Agents of S.H.I.E.L.D. premiered first on ABC.

Agents holds the record of the very first Marvel TV spinoff that comes from Marvel Studios’ Marvel Cinematic Universe. The TV show picked up events right after the death of Phil Coulson’s in The Avengers. It is when Phil returns as an agent of S.H.I.E.L.D. in the world of the living, does the show kick-off.

This year, San Diego Comic-Con 2019, it was revealed by the makers that Agents of S.H.I.E.L.D. would end after season 7, would wrap up the story of Coulson and his team. Agents are currently in Season 6, after doing a super long absence from the small screen, post-season 5. The reason behind long hiatus was to keep Agents safe of the effects of Avengers: Infinity War.

Season 7 of Agents was renewed even before season 6 even premiered it was also revealed that the cast and creative team were working on it for long, way beige the final season even began. Now that filming has wrapped on Agents of S.H.I.E.L.D, we are are going to miss the show. Agents of S.H.I.E.L.D. puts a decent end to the Marvel TV era.