Shows come to Netflix every now and them and most of them are good. Dead to Me is one of the latest shows to make to Netflix. Dead to Me is a dark comedy from the mind of Liz Feldman. It is about two women who find friendship through shared grief. The first season of the series had ten episodes and it became an instant hit. Due to the positive reviews of the show, Feldman confirmed that show would be renewed for another season.

Feldman said that she hoped that the show would on for as long as possible. In an interview, she said, “It would be the pleasure and honor of my life to do this show for as many seasons as makes sense. I would do this show forever if I could.” 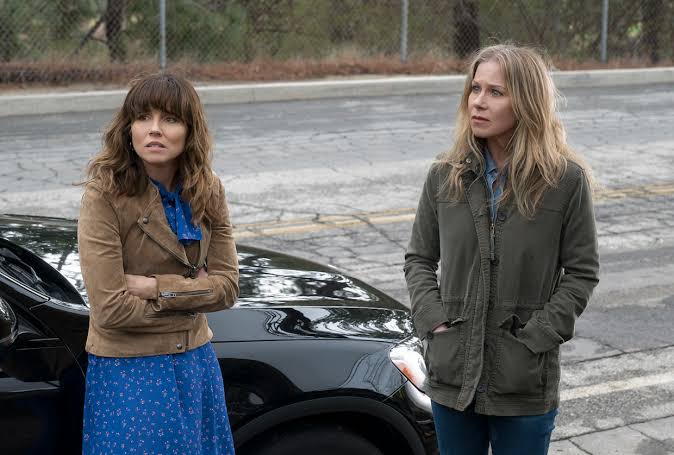 Dead to Me Season 2 update—

Despite the show being renewed for a second, there is no news when the second season will be released. The first season of the series arrived in May. It took just over a year for the first season to be released after the project was announced. So, if the production schedule of the second season follows the same pattern then we could see the season two arriving in spring 2020.

Cast—
Here is the possible cast for the second season of Dead to Me—
Christina Applegate as Jen
Linda Cardellini as Judy
Max Jenkins as Christopher
Luke Roessler as Henry
Sam McCarthy as Charlie
Ed Asner as Abe
Brandon Scott as Nick
Diana Maria Riva as Perez
Suzy Nakamura as Karen
Keong Sim as astor Wayne
Haley Sims as Kayley.

The first season of the show ended on a cliffhanger. Many people believe that Jen might have shot her ex-husband Steve. But, Liz Feldman hinted that the end of the season one is not what people. She also confirmed that Jen and Judy’s relationship will take some interesting turns.