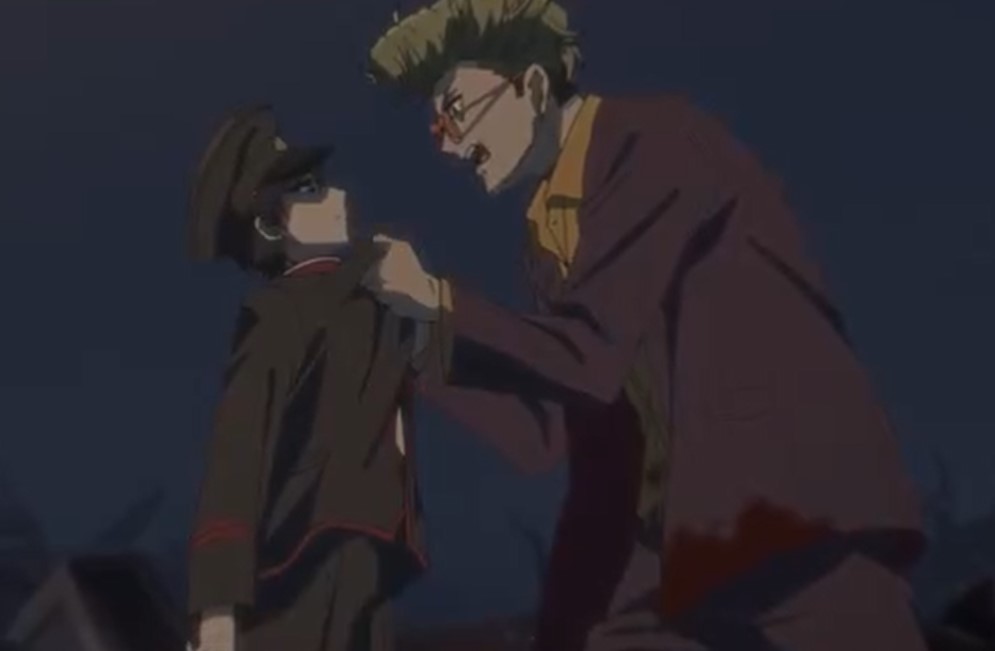 After the crew has defeated the Executioner they manage to reach the Expo Park where they have to deliver the young boy and girl. Something huge shows up and Swinder asks what is it. The boy replied that it is an elevator that leads them to the ground. Swindler said she understands but she can’t believe that it is appearing on the dumpsite. Doc said that it must be important that’s why they hide it in a place like this. The boy said that they will see something soon and Swindler is wondering what the boy is talking about.

Hoodlum manages to reach others with bloodstains on his suit and Swindler asks if he is hurt. Hoodlum hides the truth and said that no one will believe that he massacred that Executioner woman. He continues with his lies telling how he stapped her to death and it is her blood on his suit. Doc notices that Hoodlum is lying and she ask about Dread Lock Gorilla. Brawler is nicknamed the Dread Lock Gorilla and Hoodlum said he is dead. Swindler said it can’t happen to Brawler Hoodlum is kidding and trying to fool everyone.

Akudama Drive Episode 8 will be released on Thursday, 26 November, at 9:30 PM JST. Akudama Drive will release a new episode every Thursday make sure to proceed with caution since this post may contain spoiler of the next episode. You watch this Anime officially on AnimeLab. Let’s take a look at the following updates below. 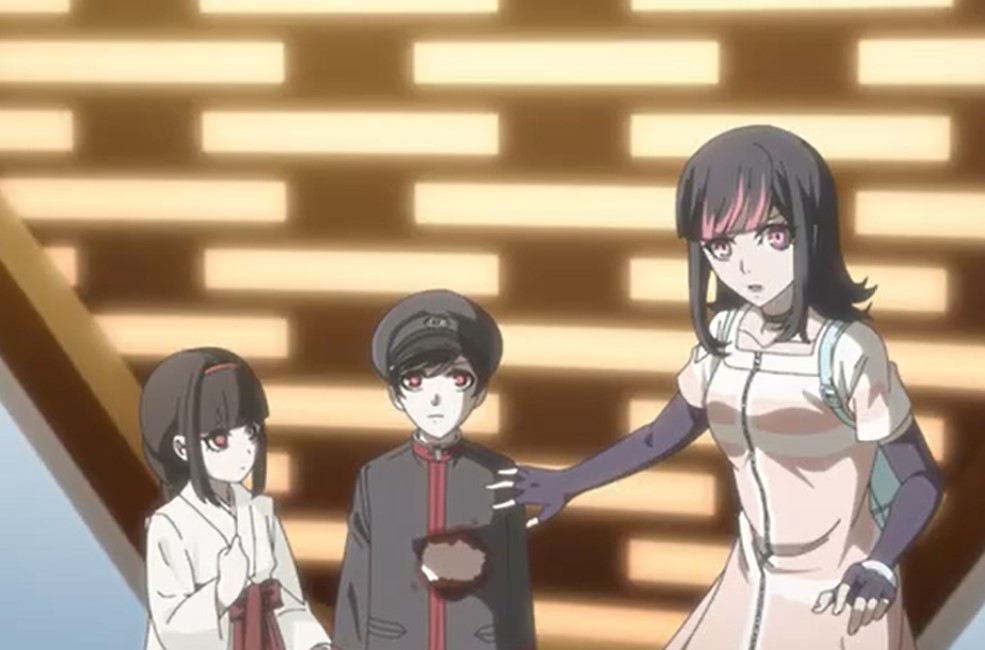 Hoodlum reveals that Brawler and the Executioner took each other out. The young boy said since Brawler is dead he can’t guarantee everyone would survive. The boy thinks that it is Hoodlum’s fault that Brawler is no more. Hoodlum holds the boy with his collar trying to clear the misunderstandings. The boy told Hoodlum that doing what he id doing won’t help and he can do anything to him. Swindler breaks the fight between the two telling them that fighting won’t change anything.

They both entered the elevator with one member being taken down. The boy and Hoodlum make up, apologizes to each other while they enter Expo Park. The boy announces to everyone that this is his destination with the young girl. The boy reveals to the Akudama crew that he is going to the moon after explaining the human war that happened in the past. He shows the crew a rocket and he gets it ready to launch. He said that it is the perfect place where no one can reach him and his sister.

Swindler asks why and the boy said that they have to escape no matter what since they shoulder the lives of 5555 siblings. Swindler asks who they are and he said he will explain the story. They explained the story and Cutthroat said that it is better to be killed but not die. Since the Akudama job is finished the boy deposited 100000000o yen to all of their accounts. They also got free from the collar bombs around their necks when they are about to live the executioner police force shows up.

For this week that is what the latest updates of Akudama Drive Episode 8 have revealed for us, see you next when the new episode hits.