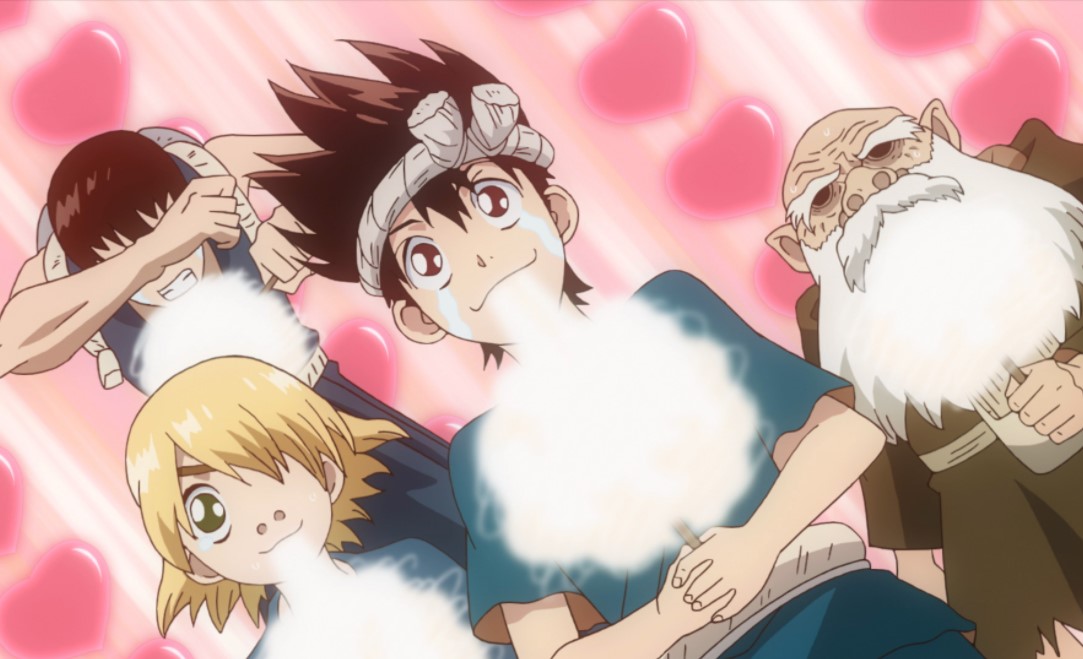 Kaseki and Chrome stretching a piece of rubber but they can’t do it properly. Kaseki let it loos and it hits Chrome’s face who started nose bleeding.  Chrome laughs saying that rubber is bad and Kohaku is busy fixing the rubbers they made earlier.  Chelsea and Luna are watching her with surprise that she is doing her work fast. Kohaku said that the rubber is not too soft and floppy to craft anything serious. Senku explains that there’s the next step to be done and  Xeno reveals that no one really used it until 200 years after Columbus brought it back.

Senku then asks Taiju to help by rolling the rubber into sulfur and carbon powder, turning it black, then heating and stretching it.   Senku stamps the tire pattern onto it and Xeno asks if they’ll be making inner tubes separately. Kohaku asks why Xeno is being so helpful. Xeno said that he using his mind to do everything and Junior Science Brigade is free to do whatever they want as long as they’re not taking Xeno down with them. He also said that they should be fine with Senku at the helm. 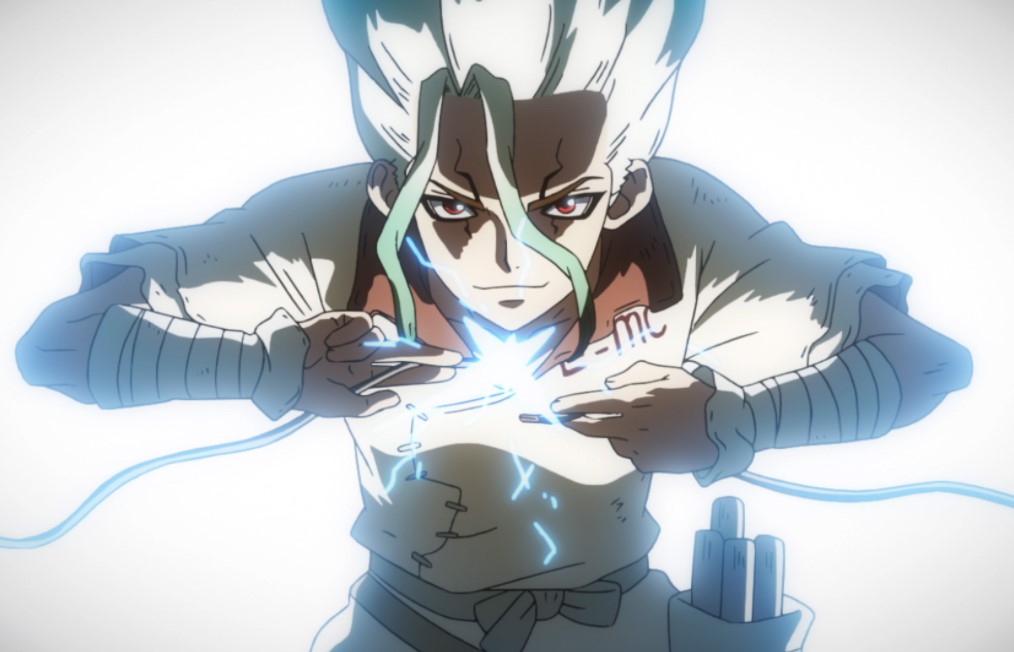 Senku then continues with his scientific explanation while they continue to do their work. Senku and Ryusui order everyone to start making the vehicles as fast as possible. Gen complains they’re always in hurry and Kaseki starts ripping apart the boat to work on the vehicles. Meanwhile, Stan and the crew are pursuing the decoy Mobile Lab and the mage to see them from distance. Stanley said that it’s a ghost ship and destroys it using the battle station, sinking the poor mobile lab.

Stanley told everyone that there’s no one on board before orders them to pursue another boat southward. Chelsea reveals that they have reached Ecuador, which is now a dry desert.  Carlos and Gen are shocked when Ryusui says the motorcycles with a run on wood. Xeno said that it will be the gas produced from burning wood correcting Ryusui’s statement. Senku tells everyone he’ll be making one ‘boss’ bike and five ‘baby’ bikes, where the ‘boss’ one has a boiler for burning wood and collecting charcoal gas.

The baby ones use the six engines from the boat fuelled with the collected gas. Ukyo informs everyone that the mobile lab has been destroyed and Stan is approaching them. Stan told his crew that they must not let those little rats escape. Later Senku and the crew has acquired the motorcycled as planed. They are now escaping with Stanley being surprised at how it happened. Senku is with the crew smiling ridding on their motorcycles.