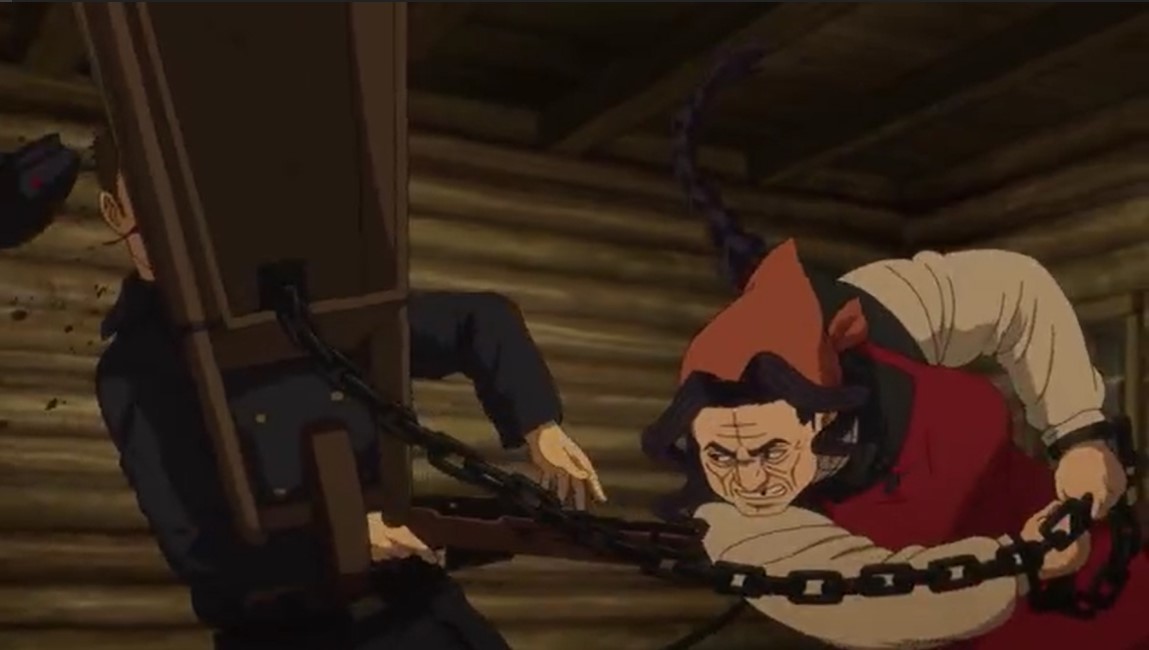 Asripa is hunting seal with Kiro and the rest of the crew, she fires a spear that is tied with a rock and stabs a seal on its neck. Shiraishi and Ogata help her pull it out from the water. Kiro said the Nivkh put seal fat on everything hat seal it’s like soy sauce is to the Japanese. It is an important food source at this time of year and he draws his dagger out. While they are pulling it back Asripa saw a reindeer nearby and ask if it has come from the other side.

Ogata said it may have fled from the continent cause something was chasing it. At Ako Prison in the middle of the night, Kiro and Shiraishi create a-holes in the prison wall. Shiraishi advises Kiro not to put too much snow inside the hole or the explosive won’t fit in later. Kiro did what Shiraishi said the next day Kiro manages to get the explosives. He sits with his crew and discusses their next plan to help Sofia escape. He reveals that the front of Ako prison is heavily guarded and around the rear-facing the Strait of Tartary.

Golden Kamuy Season 3 Episode 35 will be released on Monday, 14 December 2020, at 11:00 PM JST. The spoilers of Golden Kamuya Season 3 next episode are not available. Note that every Monday new episode of this Anime will be released. You can enjoy watching this Anime on Crunchyroll. Let’s look at the following. 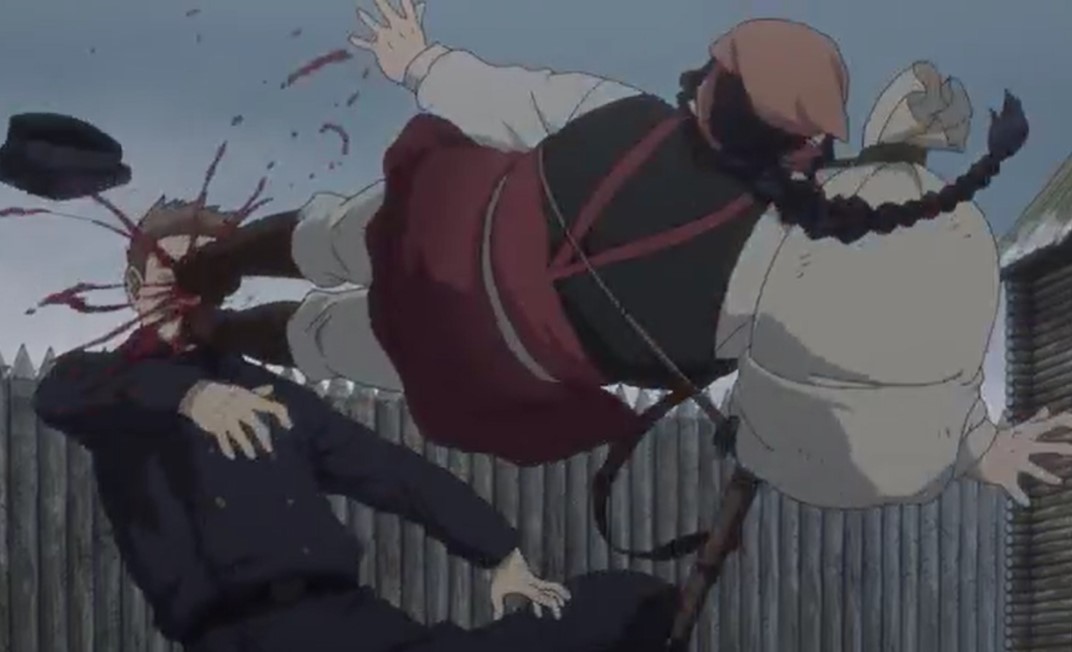 Kiro points to the four spots on his map and said they will destroy them. Shiraishi adds that the explosion will be signaling Sofia and her friends to flee. Kiro reveals that he told Sofia to do everything tomorrow at sunrise and they are ready. He told Asripa that it is time she meet Sofia and she will remember something. Kiro can’t wait for that to happen since his eyes are yearning to see the lost gold. The next day the explosion started to explode inside Ako prison and Sofia wakes up as if she wasn’t sleeping.

Only one part of four targets explodes and Kiro is trying to figure out what has happened. The police inside the prison point the gun to the prisoners telling them that no one should move. The guard police notice the explosion at the top. The mighty old hag Sofia took the bench that she was chained with and hit the police officer who died instantly. One of her allies cuts the chains that were handcuffing her and they started killing the police.

She manages to get out and attack the police officer with a dropkick and then spin back. After brutally killing the police they can’t find the hole that they have to use for escape. One of the prisoners started complaining that it is not part of the deal. They manage to find it and when that guy rushed to escape the tiger slaps him and knock him out. Kiro and the crew kept on waiting near the hole but they can’t see the sign of anyone. The tiger started slaughtering the prisoners and they ask why the tiger is her.

The mighty old hag Sofia said that Yulbars which means Tiger in the Tatar language. That tiger can attack and eat even bears and crocodiles. Only a single slap of it kills a human in an instant and the prisoners are dying one by one. The prisoner asks Sofia to do something about and the police back up started to show up. Sofia jumps up and wraps the chain around the tiger’s neck with an aim of riding it. The tiger manages to jump to the rooftop and the prisoners wanted to shoot it.

Sofia told them not to shoot it since tigers are gods and killing them is bad luck. Another part of the prison explodes and Sofia manages to get out. She saw Asripa and notice a Karafuto Ainu costume and went to her and reveals that Wilk is the one that shows her the costume. She also notices that Asrip’s eyes resemble Wilk’s eyes. Asripa realizes that the mighty old hag standing in front of her is Sofia. Sofia also notices that the little girl is Asripa.

Due to the praises, Shiraishi thought that they were going to meet with a young beautiful lady. When he saw Sofia he said it is not what he has just imagined. He then got disappointed when Kiro said Sofia has grown into a lovely woman. Sofia slaps Kiro and asks him what did he do to Wilk before he answers she lead the way telling them to follow. Sugimoto’s crew also manages to reach Ako prison but they find that Asripa has already left.

Next week after the release of the latest episode we will be bringing other updates of the next episode. Episode 35 of this anime has managed to give us those updates above.