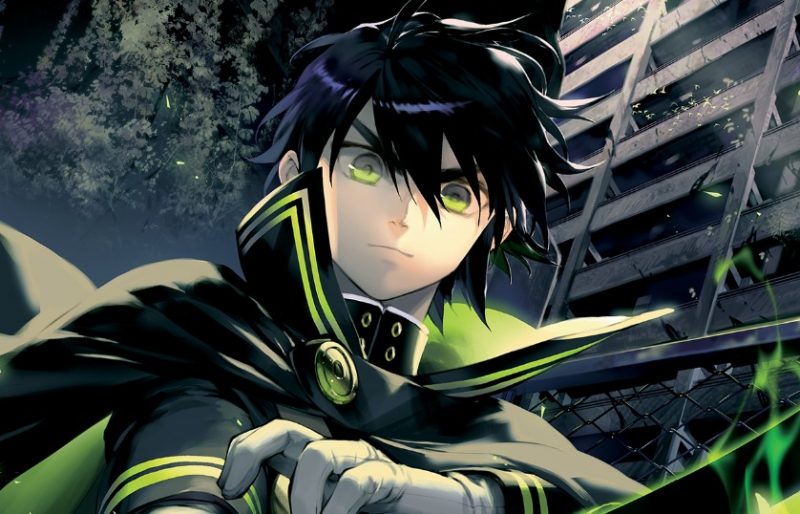 In this article, we will take a look at the latest Manga chapter of Seraph of The end which was released earlier in the month. We will then discuss where you can read new chapters as soon as they are available online. We will also explore the release schedule for the Manga and later look at the spoilers for the upcoming chapters. The latest chapter started off just when Yuichirou was sealing a demon to which he suggested it would be best if she let him seal her for eternity as she insisted that she would allow it for the time being.

Seraph Of The End Summary

The story takes place years ago when an 8-year-old Yuichirou was sent to live at the Hyakuya Orphanage. A horrible virus then spread and affected everyone above the age of 13. To save humanity, the mythical vampires rose up and enslaved children as blood sources in an underground city. 4 Years later Yuichirou’s ambition to kill tall vampires with his friend Mikaela was doomed as they were found and all who attempted to escape where massacred save for Yuichirou. He escaped and joined the army dedicated to killing vampires and his plan was revived when he discovered that Mikaela was still alive.

Seraph Of The End Chapter 86 Spoilers

Yuichirou’s powers were starting to run out as he pointed out that he does not have much time left as more enemies still remained. Mahiru’s plan was to overwhelm Yuichirou while the life absorption barrier was still up as this would give them a better chance at victory. Mikaela then went to save Yu who later freed Yuichiro and gave him back his sword as they now prepare for their counter-attack in a battle where they struggled as Yuichiro was not yet at full power.

Seraph Of The End Chapter 86 update

Seraph Of The End is serialized on Shueisha’s monthly Magazine and releases a new episode once a month. With Chapter 85 released on the third of December, VIZ media had scheduled Chapter 86 to be released on the 6th of January 2020.

Where To Read Seraph Of The End Chapter 86?

You can catch the latest chapters of the Manga as soon as they are released from Viz Media and Shueisha’s Manga plus official websites and Apps. Although raw scans are usually released 2-3 days in advance, we advise you to read digital copies from the official websites and their platforms as this will help promote the Manga creators and its publishers.