Jack mad had made his second appearance in the city and this time he even defeated Cutie Charm. This manga made its latest release on the 6th of January 2020 with the release of chapter 5. So in this post, we are going to talk about ‘Zipman’ Chapter 6 raw scans, and spoilers. We will start by looking at the spoilers so if you don’t like them you can just skip the spoilers section. 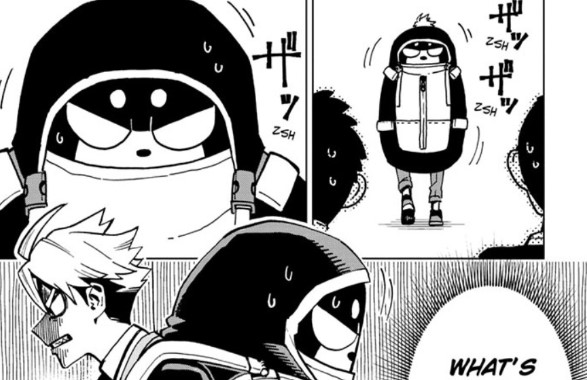 Kaname moves around carrying his zipman suit which only drew unwanted attention as the suit stands out even though it is designed to look like a bag while he carries it. Meanwhile, he reminisces about a time when he visited Koshiro’s lab and told him that he wanted to take a break from so school so that he can focus on Jackman t which Koshiro strongly disagreed with. So when he reached school Cheena was glad to see that he was not injured during cutie charm’s attack. Later on, Kaname then went to invite Ito Magara, a second-year student who Koshiro believes that would be helpful if she joins their club.

When Is ‘Zipman’ Chapter 6: update?

Where Can You Read ‘Zipman’ Manga?

What Is ‘Zipman’ Manga About?

‘Hell’s Paradise: Jigokuraku’ Chapter 83 Where To Read and Spoilers