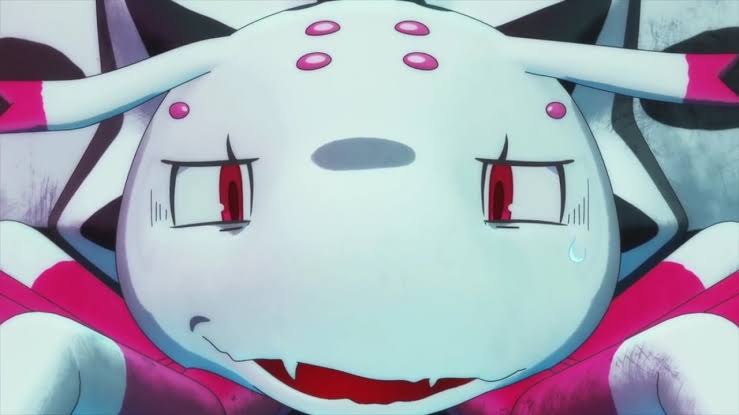 So I’m a Spider, So What? (Japanese: 蜘蛛ですが、なにか？, Hepburn: Kumo desu ga, Nani ka?) is a light novel written by Okina Baba and illustrated by Tsukasa. It also has a Manga adaptation by Baba Okina and Kakashi Asahiro.

In another world, where the Hero and the Demon King continued to oppose each other. The great magic from both Hero and Demon King was so fierce, which eventually traveled to another world and destroyed a classroom full of high school students. The victims who died reincarnated into that alternate world. Our Heroine is one of them, who has the lowest standing in the class reincarnate as a spider in that alternate world. This is the story about her who adapted quickly to that condition and head-on challenges with strong willpower. The girl who becomes a spider with the great mentality of a high school girl trying to do everything she can to live.

A new teaser visual has been aired, featuring her doing her best to survive when faced with dragon!. The official website has been opened for the anime to check them out for the latest information. The protagonist will be “Aoi Yuki,” the famous “Tanya von Degurechaff” form “Youjo Senki.”