“Stray” Trailer! A Documentary On The Over Population Of Stray Dogs In Istanbul And A Look Into The Lives Of Three Dogs !

All the Dog-lovers round-up as Elizabeth Lo brings the stories of stray dogs from the country of Istanbul who are graced with a no-kill and no capture policy, but what is life like for a stray dog living in a country that now has over-populated with over 100,000 stray dogs walking on the streets. The new doggie documentary is neither a depressing, sad story nor a movie filled with joy but just with a question around it, which surrounds the abundance of stray dogs increasing daily and the lives of these dogs in the country of Istanbul. The movie from Dogwoof and Magnolia Pictures will follow the lives of three dogs living in the big city of Turkey as they see the human lives right from their canine eyes.

Stray is like the doggie take of Ceyda Torun’s loving documentary for “Kedi,” which was released back in 2017 and focused on Istanbul’s cat population. Now Stray focuses on the dog population through a story of three dogs who adventure in the big city as they communicate with other dogs and the humans around them in the city of Turkey, Istanbul. Here we are taking a look at the trailer of Stray and everything you need to know about the documentary by Elizabeth Lo.

So at the beginning of the trailer, the numbers revolving around the dogs in Istanbul might intrigue you and question the abundance of stray dogs in the country. The place is heaven for the dog lovers and even the documentary because of the practical story it is set to portray. The documentary is neither a heartfelt story nor a depressing one. It focuses on day to day activities of three dogs in the city as they interact with other dogs and humans around them and find their way towards living in the city of Turkey.

As the trailer says, Stray is set to explore the living of a creature without status or security. The documentary will see the three dogs named Zeytin, Nazar, and Kartalas as they search for food, a place to sleep, and see the human beings’ surrounding lives around them through their canine eyes. The documentary will take us through the eyes of Dogs as they observe various human beings on Turkey’s streets, ranging from women unhappy with their marriage, protesters, and people looking for shelter.

The Official Synopsis Breakdown Of “Stray” 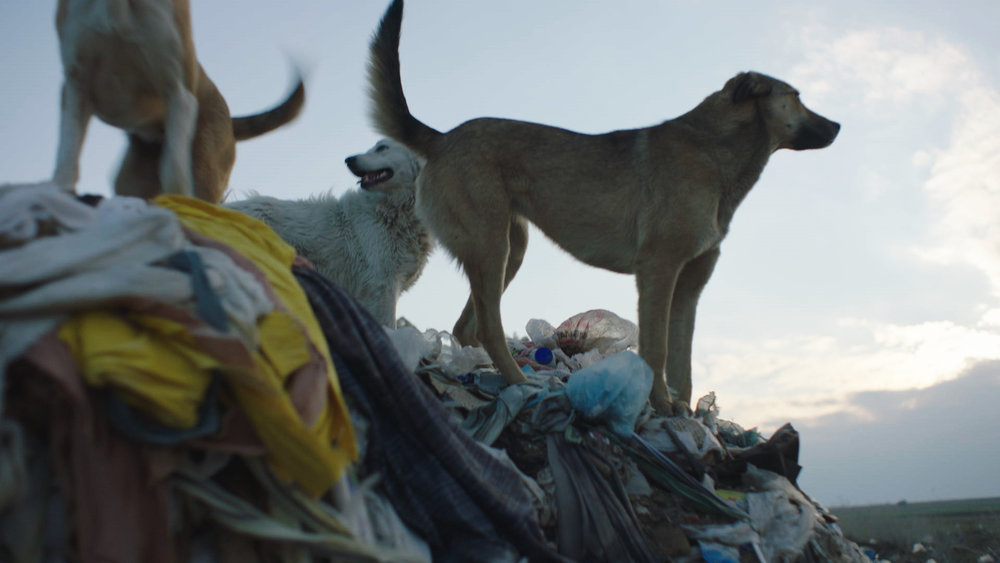 According to the official synopsis of the documentary “Stray” by Elizabeth Lo is set to explore the life of a being a creature without status or security. The three dogs, namely Zeytin, Nazar, and Kartalas, are set to embark on their own journey as they go through their day-to-day life in Turkish Society. The documentary will follow the fierce Zeytin traveling through the night, embarking on different adventures. At the same time, Nazar nurtures and befriends all kinds of human beings around her and Kartal, the shy puppy living near a construction site finding friends in the form of security guards who care for her. The documentary will follow all three dogs as they interact further and form intimate bonds with young Syrians living on the same streets as them. The awards winning documentary film by Elizabeth Lo will let you see human civilization through the unfamiliar gaze of these three stray dogs.

Director Elizabeth Lo On “Stray” And More About The Documentary

The Los Angeles-based short-film director Elizabeth Lo was previously known for her short film ventures, which include “Mother’s Day” and “Hotel 22″, and now “Stray” is set to mark her full-length debut. In “Stray” press notes, Elizabeth Lo shared how she met Zeytin on a trip to Istanbul and was convinced to direct a documentary around the dog community of Turkey.

Elizabeth Lo stated that for almost six months between 2018 and 2019, she followed Zeytin with a camera and a stabilizer in her hand. The sound was recorded through a bi-directional microphone that captured conversations and was handled by one of the three co-producers of the film, including Ceylan Carhoglu, Zeynep Köprülü, and Zeynep Aslanoba. Every night when the shoot ended, the crew placed pet-tracking GPS collars on the dogs so that they could find them the next day right away. Elizabeth stated that they accepted the fact that the lives of stray dogs can’t be scheduled accordingly, so the film was initially taken only as an experimental by Lo and her producer Shane Boris in a way to what would happen if the whole narrative of the film was given up to the featured dogs. The documentary was set to debut at the Tribecan Festival last April and other various festivals, including London, DOC NYC, and Stockholm. The film grabbed two nominations at Cinema Eye Honors Awards, including the Outstanding Achievement in a Debut Feature Film and Outstanding Achievement in Cinematography. The film has also adored a nod for Best First Documentary Feature. “Stray” is set to release in cinemas starting on March 5, 2021. The poster and the very first trailer for the first full-length feature documentary of Elizabeth Lo’s “Stray” is out now from Magnolia Pictures, and for more updates revolving around Entertainment, TV shows, Anime, and Movies, stay tuned to Otakukart News.