Well, for a show that has created a universe in its universe, everything is so confusing at the moment. However, yes Wanda Vision is still in for introducing some more characters, and the very new one might be Marvel Cinematic Universe’s Hulkling. For the first four episodes, we have seen Wanda Vision transitioning from different sitcoms and decades and as a light-hearted story that is taking its dark turn slowly and steadily. With the fourth episode, we saw Wanda Vision leaving the sitcoms behind and approaching reality, which also featured the characters playing roles in Wanda’s Dream having different origins who probably got wrapped up in her energy.

So all these characters who are playing roles in Wanda’s sitcom dream have their own origins and have been summed up by the SWORD, but a new character played by Isiah Knott is all set to join the neighborhood, and it’s been speculated that he could be the MCU’s very own Hulkling from the comics. Here we are, breaking down everything about this new cast member who is soon arriving on the show.

Isiah Knott Joins In The Cast Of WandaVision

On the 15th of January 2021, Isiah Knott took to Instagram to share the news that he has joined the cast of WandaVision, where he sported the Wanda Vision hoodie along with the show’s poster and his inclusion on the IMDb page of WandaVision that referred to him as “The Boy Next Door.”

Another post came in from Isiah Knott on the 25th of January 2021, which is now deleted after The Direct reported the news of adding the Hulking. In this post, he sported a collared dress shirt under a light sweater and thanked Marvel Studios in the caption. So, yes, there are definitely many mysteries surrounding the inclusion of Isiah Knott in the show and the way the series is headed.

Read More: Kat Dennings Tells When Marvel Sent Her To A Fake Location For Thor Auditions!

Why Could Isiah Knott Be The Hulkling?

Marvel Cinematic Universe is keeping up its evolution as it expands its universe without worrying about the oversaturation of the characters as long as they offered something unique and out-of-the-box the way WandaVision is doing. In fact, all the new titular heroes and already existed superhero shows are making sure to introduce new characters. One of them is “She-Hulk, which may explore other characters apart from Bruce Banner who were exposed to gamma rays and for the fact Wanda Vision is rumored to tie-up with the likes of Doctor Strange In The Multiverse Of Madness opens up a lot of questions in fact.

Let’s not forget that there were already rumors last year that WandaVision might introduce Hulkling, and Isiah Knott’s casting fits the piece as he is around 23 years old. On the other hand, the image that Isiah Knott posted, which is now deleted, reminds us of the Modern Family, which explored the gay themes and gives more nods to the inclusion of Hulkling. 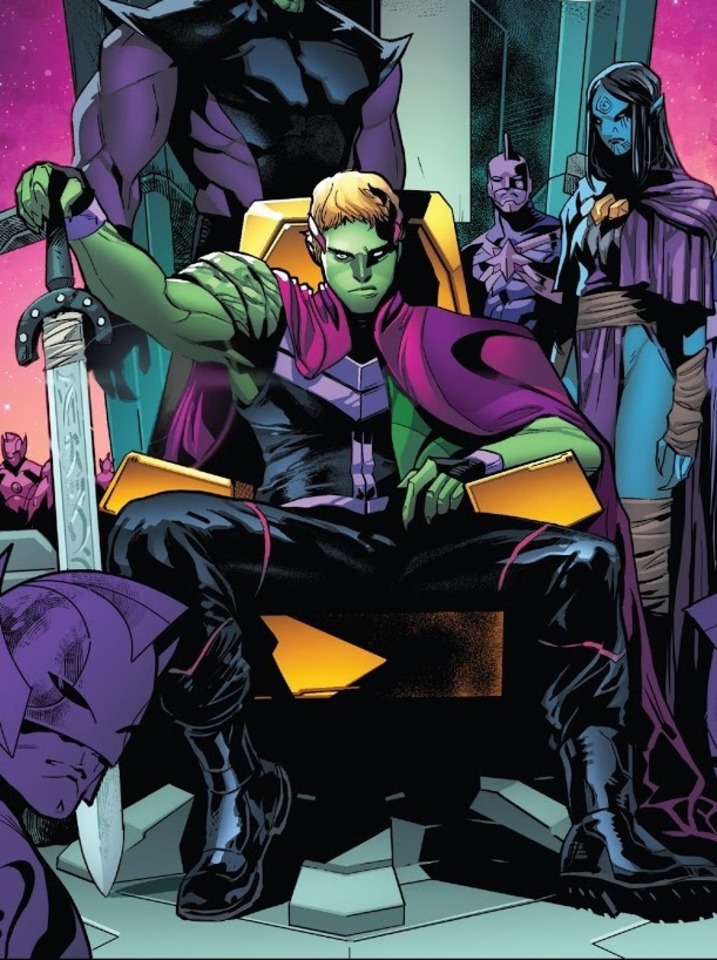 Everything aside, let’s also notice how Marvel is digging in the seeds for Young Avenger’s arrival. Hawkeyes is the first show that full-fledged revealed Kate Bishop’s arrival, played by Hailee Steinfeld, who will be trained by our titular hero throughout the show. There is a nod that Falcon And Winter Soldier might introduce The Patriot, also known as Eli Bradley, with the casting of Elijah Richardson, and since the show is focused on the history of Captain America, it’s all evident. Also, let’s not forget that Monica Rambeau is also part of WandaVision. So, these are seeds that kind of gives us a glimpse of why he could be the Hulkling.

For the initial episodes, we might see him playing as a character in Wanda’s dream and whether he already existed there or has been sent by SWORD to execute a mission left off by Monica Rambeauwhich all remains be seen. Phase 4 of Marvel Cinematic Universe has a huge line-up of shows bound to introduce us to the New Avengers or the Young Avengers who are getting themselves ready to fill in the shoes for our Original six, and these are the signs we are getting in.

We will keep you updating on everything related to WandaVision and the Marvel Cinematic Universe along with all the news on entertainment, TV shows, anime, movies, and gaming, so stay tuned to Otakukart News.