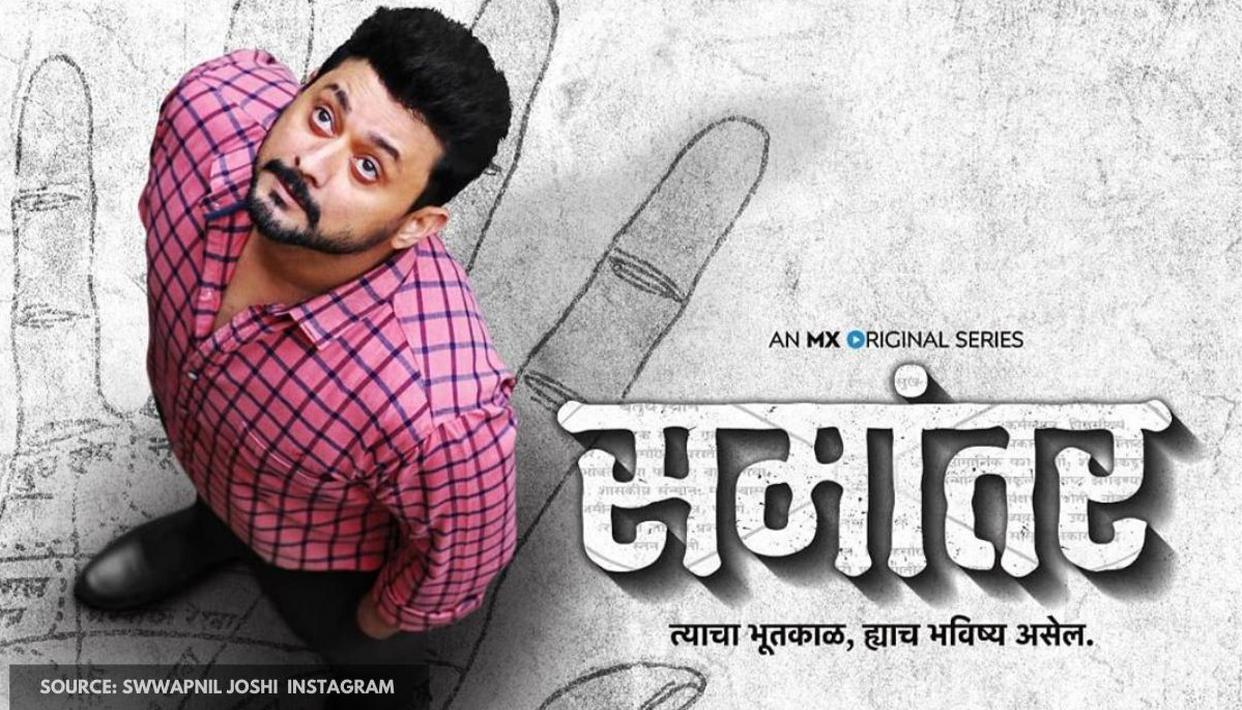 Samantar is an MX original Indian series that revolves around a man named Kumar Mahajan. The most catchable twist is that Kumar comes to know a man Sudarshan Chakrapani and he comes to know that Sudarshan’s past will be his future. The series makes us question the existence of destiny and that if it really guides our life. How would one react when he comes to know someone who has already lived his life.
The show is directed by Satish Rajwade

What is the story of Samantar?

Swwapnil Joshi, the Marathi superstar, has shown his true potential through the digital debut where he plays a common man who’s life is badly messed up. He has played Kumar Mahajan, who is in an extreme situation. He can’t meet his family’s demands, has lost his job, and almost everything has taken a bad turn in his life.

Satish Rajwade has mentioned how Marathi literature and entertainment has been able to expose itself through digital means like web series. This is the reason; they could bring this show to reality. The show has been adapted from a book by Suhas Shirvalkar, and when combined with the talented acting by Swwapnil, it makes up a powerful and must watch the show.

Swwapnil told how the plot left him astonished and won over him by its concept. He still questions if destiny is already set or if we create our own destinies. Other crew members also seemed to be very exciting and revealed that this had been the first time when a Marathi web series got released. The first season has been a hit and left fans wondering till the very end. The show has been dubbed in 3 languages, and after the hit of the first season, now its time for a second one.

When will Samantar season 2 be released?

The update of Samantar is expected to be around March 2021. The first season got released on 13 March 2020, and fans are already curious for the next season. Official announcements have not been given out because it is too early to expect a second season. We expect that there will be the second season, no matter what, because the show has great potential and deserves a continuation. After the great fame that the show received, the second season will be awaited by most people. Stay tuned for any update on the same.

This show has really been something special as it gave us a chance to enjoy Marathi entertainment and it really has not been disappointing. Thanks to the digital mode, which makes it possible and brings Marathi literature on the same page as any other American web series. The show has already received great reviews from the audience and critics as well, and we might just have to wait a while to get a confirmation about the next season.

As of now, there is no trailer available for the second season of Samantar, we will update this post as the trailer is released.