Game of Thrones Season 8 is entering its second half now, and only one war remains now; the final war. Just as Daenerys said in the preview for the upcoming episode, the time to defeat Cersei has come, and she’ll do it with the support of the North and the Vale now. The main problem that Dany faced up until now was to gain the loyalty of the North. 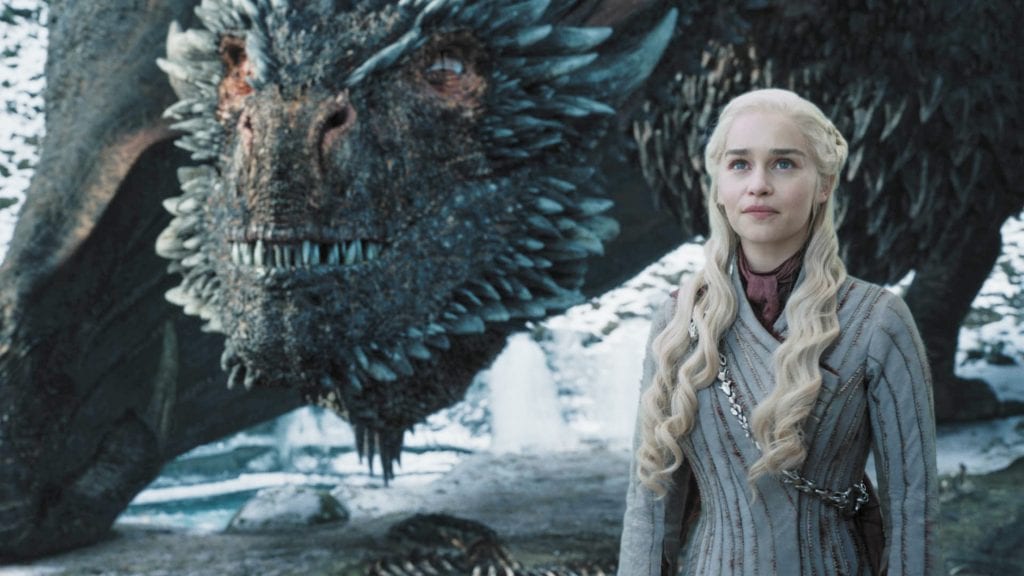 As Davos said, the North is loyal to Jon because he fought for them and won the Battle of the Bastards. Daenerys saved the North from the dead. Thanks to her Dragons, armies, and Dragonglass, the dead have been defeated. Now, the North will definitely rally behind her, and Cersei needs to make her preparations for what’s coming next.

To get us hyped for the next episode of Game of Thrones, HBO has released a bunch of preview images as they do every week. As you can see, some of them are just screen grabs from the PV. Others are new, and they interest us a lot. 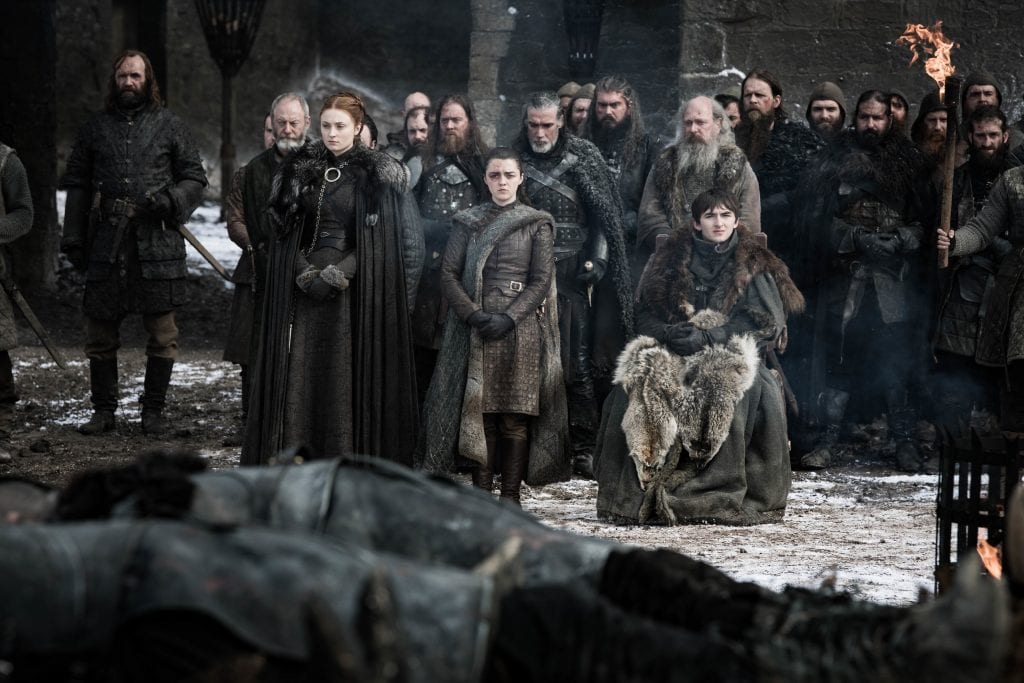 It looks like we will see a huge funeral pyre in the next episode of Game of Thrones. The Night King’s Army killed over half of the people who fought the battle. They all need to be burned. After the Northerners burned the bodies, it seems there is a War Council. 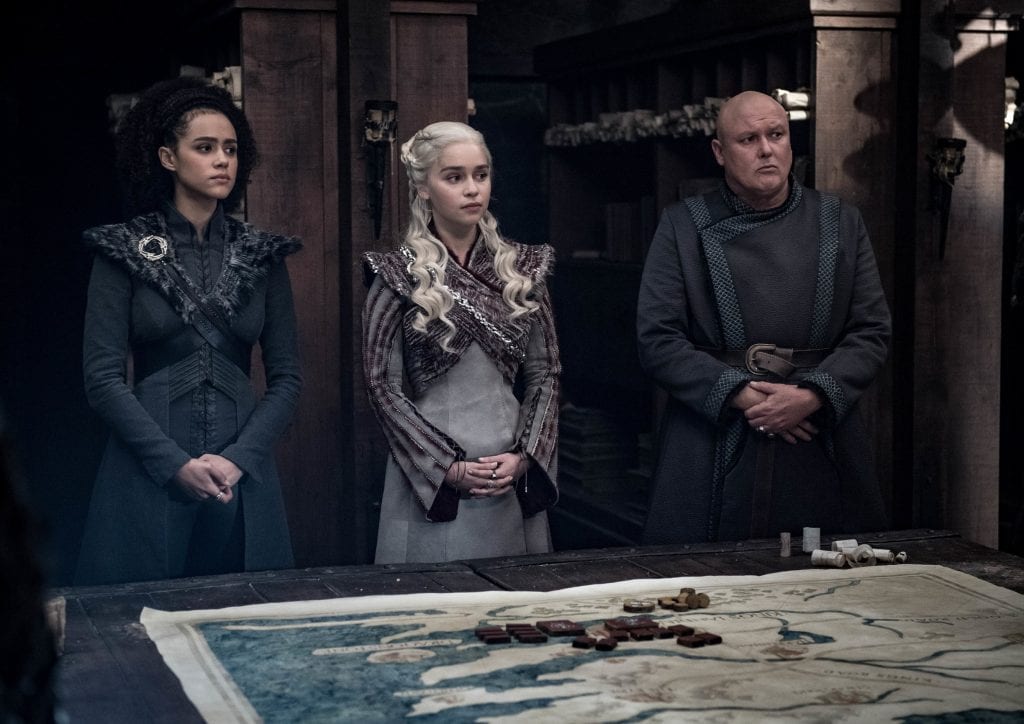 Daenerys, Missandei, and Varys are listening to someone, most likely Jon. I think Robin Arryn will now pledge the Vale’s army to Dany, thanks to Yohn Royce. The Iron Islands are already behind Dany, and so is the North. The time to destroy Cersei has come. 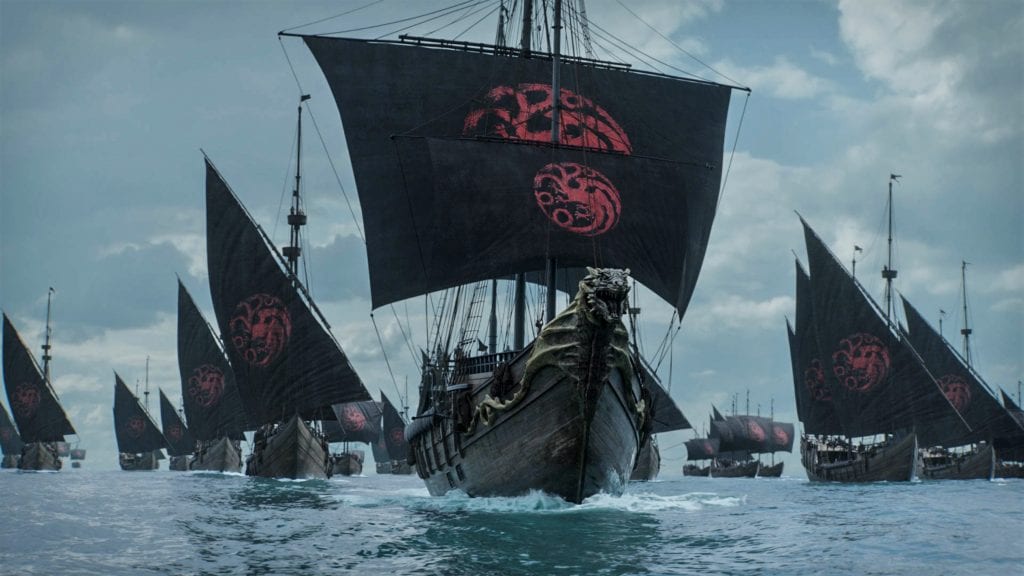 We’ll also see Daenerys visiting her Dragons in the next episode, and they’re both alive, and well, even after the grueling battle they just withstood. Finally, we see Daenerys make way to Dragonstone with her fleet, and it looks like Jon follows her there, with Davos. I’m interested in seeing what Sansa has to say about everything that just happened, and if she’s still cold to Dany.

Moreover, Jon’s parentage will surely be a point of discussion, and I’m hoping everyone else hears who he really is as well.

One Piece Episode 883 And Spoilers: The Revolutionary Army Infiltrates Reverie!