Gon seeks to become a hunter just like his father so that he could one day meet him. Along the way to take the hunter exam, Gon comes across the lively doctor-in-training Leorio, vengeful Kurapika, and rebellious ex-assassin Killua. After that, The four of them decide to take the hunter exam together to increase their chances of passing it. In conclusion, these four together form our group of protagonists. Therefore, we follow them as they each try to achieve their goals.

The biggest strength of Hunter x Hunter lies in its writing. The world-building is easily one of the best in the medium, which is one of the most important ingredients in a long-running shonen series. The adventure aspect is bang on as there is a lot to discover in this world.

Another thing at which Hunter x Hunter excels is its characters. The characters are incredibly well written. They are non-linear, multi-layered, and are motivated by things other than the same old good and bad. The main cast consists of very well-written characters who develop throughout the series. Also, the supporting cast is as just as good and even outshines the main cast in some instances. Despite all this, the characters that shine the most are the antagonists. Hunter x Hunter has some of the most interesting antagonists in all of anime. Characters like Hisoka, Meruem, Chrollo, etc., make Hunter x Hunter what it is. They make us appreciate the story even more. The only underwhelming antagonist is Genthru. 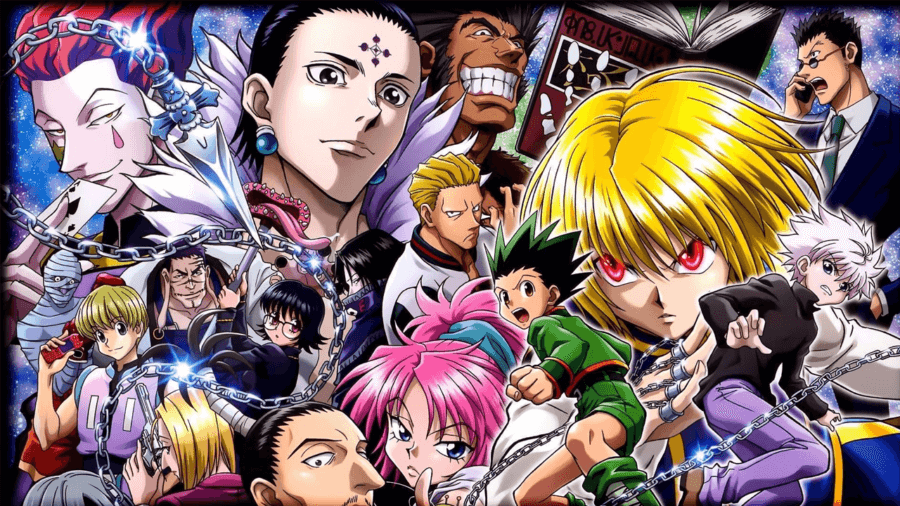 The Hunter x Hunter story is divided into different arcs, just like most long-running shonen. Every arc takes you to a new part of the world, with a new set of problems our protagonists need to overcome. Besides, Different arcs experiment with different genres like adventure, thriller, horror, and much more. The quality of the arcs is pretty consistent. As to what the best arc of hunter x hunter is, there’s no definitive answer as it depends on personal preference. As opposed to the general consensus, I enjoyed the “York new city” arc the most instead of the “Chimera ant” arc.

Now, we can’t talk about Hunter x Hunter without mentioning “Nen,” which is the primary power system based on which battles are won and lost in the hunter x hunter world. After all, Nen is a very intricate power system. I liked the fact that it is not as simple as somebody with stronger nen beating anyone with weaker nen. There is much more to nen battles. Therefore, the use of nen makes the battles strategic, and I am a sucker for those. The use of nen in fights is very well executed.

Now coming to my complaints with Hunter x Hunter. First of all, it is not a panel for panel adaptation of the manga, nor should it be, but the part it decides to skip from the start of the series is very important and later comes into relevance in the story. Kite, although being one of the very first characters we are introduced to in the manga, is completely absent from the anime until the Chimera ant arc. Kite, a very important part of Gon’s character arc, is absent at the start, and when he does meet him, he becomes one of the most important people to Gon in such a short amount of time that Gon’s actions almost don’t make sense.

Moving on, despite being one of the best story arcs, the first half of the Chimera ant arc is really slow-paced, it is jarring at best and straight-up boring at worst. For instance, It consists of a lot of unnecessary things concerning a pacing point of view. The plot was moving so slowly that I felt like I was watching Fillers. Now granted, the conclusion of the arc more than makes up for it, but I think the arc would’ve most definitely been better off without those parts. But this one’s on Togashi and not the studio. 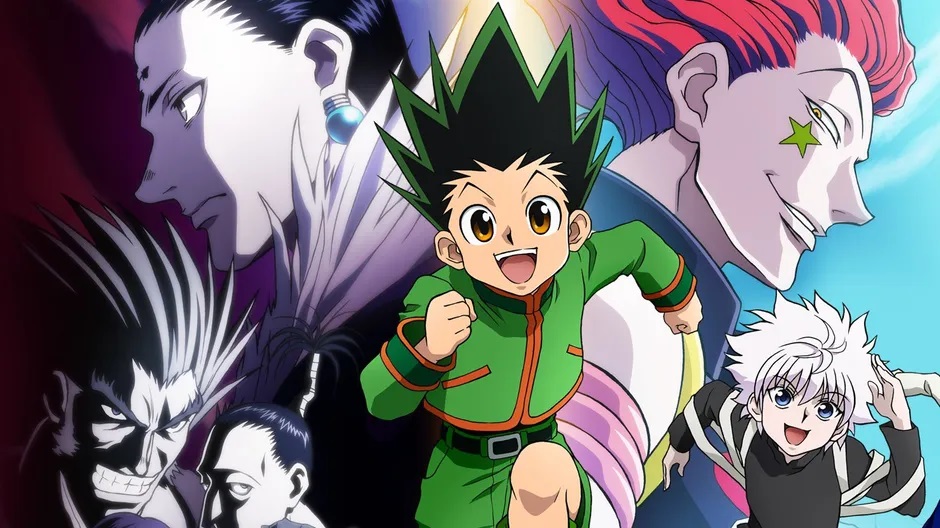 Other than this, I felt like the greed island arc was weak compared to the other arcs. Although the arc was big on adventure, the adventure doesn’t feel as thrilling if there’s no sense of threat. In other words, at no point in the arc did I feel like our protagonists were in any kind of danger, it looked more like a fun exploration. The arc is also not helped by the fact that the main group of villains is some of the most uninteresting characters in the series, with the main baddie Genthru being a boring villain tarnishing the name of the antagonists in hunter x hunter.

The animation is simply fascinating. It is consistent throughout the whole series, but even then, you can tell special efforts were put into those “big moments”, especially the battle scenes, which are very essential to battle shonen such as Hunter x Hunter. In conclusion, the action sequences were just spectacular and a treat to watch, with the music in the background and fluid animation, the action sequences just straight up give you Goosebumps. The fights were done justice.

Hunter x Hunter is a shonen, and it has all that makes everyone love shonen. It can make you laugh, and it can make you cry. It can also go really dark from time to time. Although the manga is still ongoing, the anime gives it a fitting conclusion. You will be left wanting more but be satisfied at the same time. Definitely give it a watch.