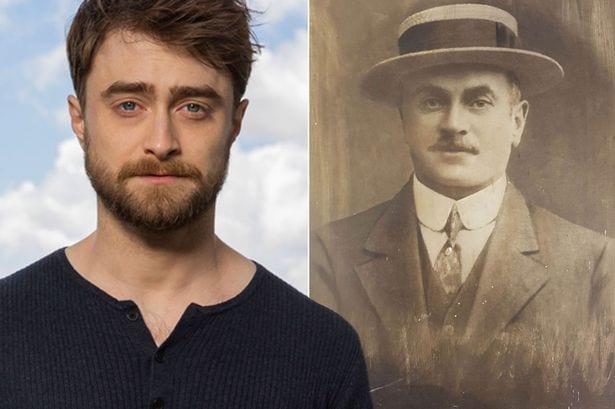 On the brand new series of Who Do You Think You Are, Daniel Radcliffe was moved to tears. The reason being he read aloud his great grandfather’s suicide note. Daniel’s grandfather has a tragic life story, named Samuel Gershon, he was in abject poverty after a robbery at the family’s Hatton Garden jewelry business in 1936.

The police, however, had declined to help Samuel Gershon when he reported the crime. Because of his Jewish heritage, he’d said that the businessman was faking the crime in order to claim insurance.

Aged 42 and deadbeat, Mr. Gershon took his own life citing reasons for being unable to go take care of his family and himself. All of these details were revealed in the trailer for the show. The startling scene is when the star unveiled a photo of his great grandfather who almost looked similar to him.

The said episode of “Who Do You Think You are” is all set to air on July 22. Daniel discusses Louis Gershon saying that everything he had worked for or his father had worked for, has sort of been destroyed.

Later on, after Gershon’s death, as it was revealed in the show, the insurance company paid the claim. The actor pressed for anti-Semitism of the police force back then, the strong reason as to why they didn’t investigate the jewelry heist. The police at the time believed Jews were responsible for bringing down their own empires.

Daniel Radcliffe is of Russian and German immigrants but was raised an atheist. The Harry Potter star said he was shocked by the prejudice.