When To Expect From Young Sheldon Season 6 Episode 1?

When To Expect From Young Sheldon Season 6 Episode 1?

Young Sheldon is coming back to surprise you with his intelligence. Get ready to live the life of adventures and misadventures with The Coopers. The story in Young Sheldon Season 6 Episode 1, will start from the same point it was concluded in season 5. To date, season 5 of the series has been the fan’s favorite. In the last season, every character of the Cooper family was given a unique storyline and collective story. The characters from the Cooper clan are immensely relatable, and it looks to the audience that they are watching their own stories.

On top of that, the serious comedy of Sheldon is the highlight of the show. As a result of the successful and entertaining season 5, the all audience is asking for Young Sheldon season 6 episode 1. The fans have become impatient for season 6. Undoubtedly, there is a huge fan base for the Young Sheldon franchise, and the audience goes crazy with each season’s release. Also, there is remarkable news! Some new characters are going to join this incredible cast. We hope that they are as witty as Cooper’s.

In no time, you will witness the humor and fun that unfolds in Young Sheldon Season 6 Episode 1. We will get to those details later but first, let’s revisit the much-loved season 5 of the series. Coopers went through many changes in season 5. George (played by lance Barber) and Mary (played by Zoe Perry) decided to start their separate affairs. Well, their decisions broke the hearts of many fans as it was the signal of their separation. Everyone’s favorite, Missy, had her high school experiences and learned to deal with pressure. The most fun part of season 5 was Georgie’s unexpected pregnancy. 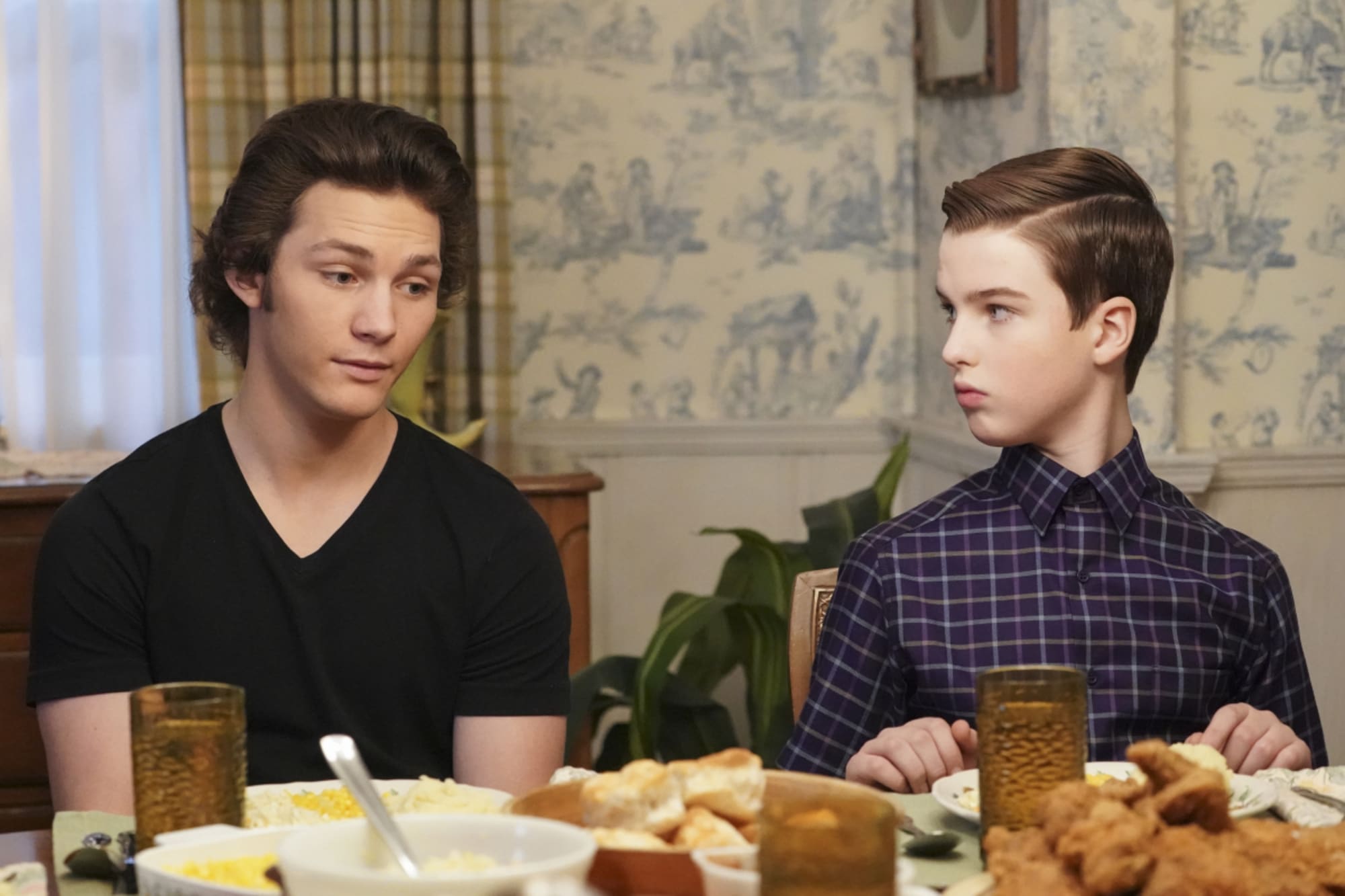 Meemaw (played by Annie Potts) started the challenging business. Most importantly, we saw Sheldon facing challenges as a freshman at East College Tech. At the end of season 5, it became obvious that Young Sheldon was going to become a family drama. Thus, it would distract from the “comedy-only formula.” Now, fans are only waiting for Young Sheldon Season 6 Episode 1. Be assured that the drama it will bring with it will be worth the wait. Fortunately, all the core casts are making a return for this installment of the series.

So, What Can We Expect From Young Sheldon Season 6?

The storyline that we would for sure witness in this new chapter is Georgie and Mandy’s accidental pregnancy and the breakdown of Cooper’s marriage. CBS announced the renewal on January 25, 2022. Season 6 will be a part of the 2022-2023 TV season. Well, your wait will be finally over, and Young Sheldon Season 6 Episode 1 will be premiered on September 29, 2022. Further, it is estimated that we will see the series finale in May 2023. Nevertheless, nothing is yet confirmed about the number of episodes. Definitely, the season will return to feature on the CBS television network. The release date was announced on June 23, 2022, by the official Twitter handle of the franchise. Along with CBS, you can binge-watch the series on Paramount plus.