Fairy Tail anime has finally come to an end after the 10 years of the awesome journey finally concluded earlier this month. The last episode has now aired, and although we all knew that the anime would be coming to an end when it actually did happen, fans were hit with a wave of emotions. Like Naruto before it, fans of Fairy Tail are wondering if the anime will somehow continue. 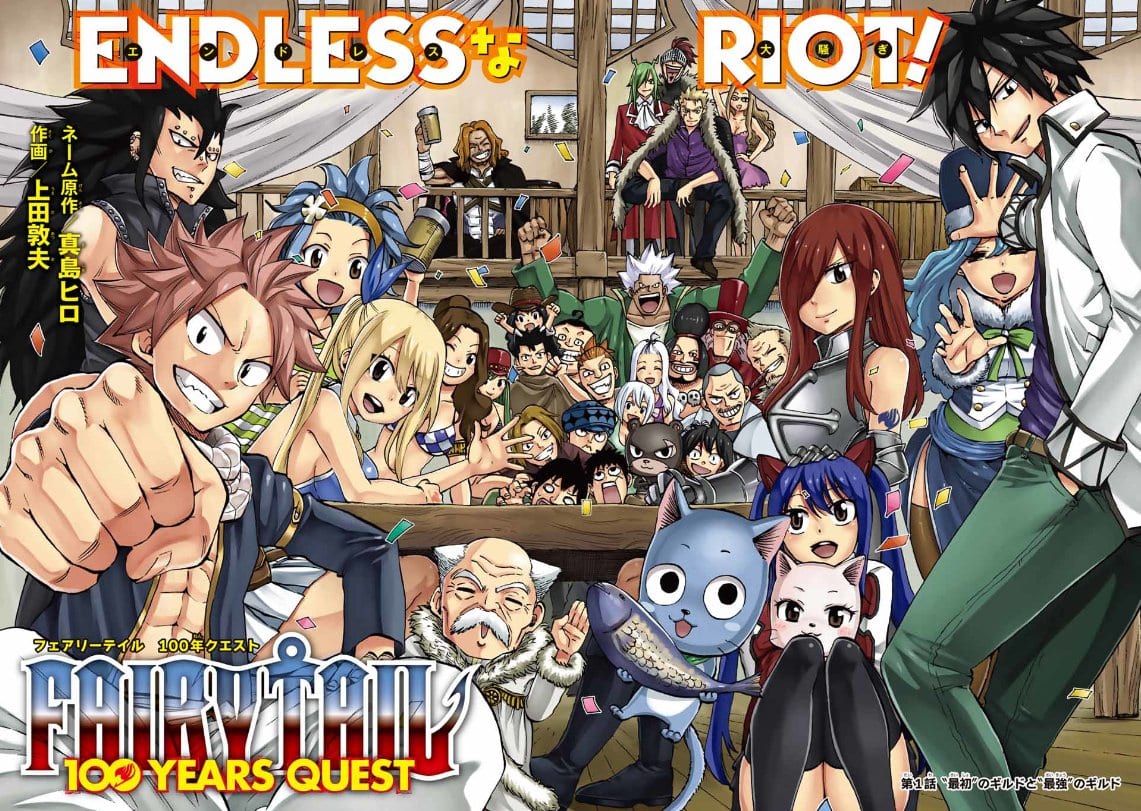 As some of you may know, after Naruto ended, we got a sequel to it, called Boruto: Naruto Next Generations. With Fairy Tail, something similar could end up happening as well. The final episode of the show gave us hope that there may be a continuation, after all.

Towards the end, we see Natsu, Lucy, Erza, Gray, Wendy, Happy and Carla all prepared to set out on a completely new mission. Surprisingly, for this mission, Natsu gains the permission to undertake it himself, and he declares that he’s all fired up for the “100 Year Quest.”

Although this doesn’t confirm that there is going to be a sequel, it certainly does open the door for a potential sequel and we know that if there is one, it’ll probably focus on this quest. The manga has also continued with an official sequel, which is called Fairy Tail: 100 Year Quest. It picks up from the events of the series and sees the group take on their toughest job to date.

We’re very hopeful that at some point in the future, the anime might adapt this, which will be a win-win situation for everyone. We certainly do want to see Natsu continue on his journey, even if it is for the nostalgia. Fairy Tail’s 100 Year Quest arc will certainly give the fans something to cheer about, and we hope that an announcement comes out soon, although nothing can be said for certain.

Do you want Fairy Tail: 100 Year Quest to be adapted? Leave your thoughts in the comments section below.