Travelers had three seasons and the fans believed that there would be a fourth season as well. However, it came to a screeching halt when Netflix decided not to renew the sci-fi drama for a fourth season. Then McCormack made an announcement on his social media. He said that a lot of fans had been asking for a fourth season. He also said that many of many fans also asked the question if the ending of the third season is the real ending. He said, “Well, I’m afraid it is [the end],” he said. “Who knows what the future holds, but Travelers Program 1, as we call it, is complete… Much love from 3468 in the 21st.”

The series was launched back in 2016 on Showcase network. Back then Netflix handled the international distribution but, they took over as the sole production company before season 3. The final season of the series was released on December 14, 2018. The series ran for a total of 34 episodes. 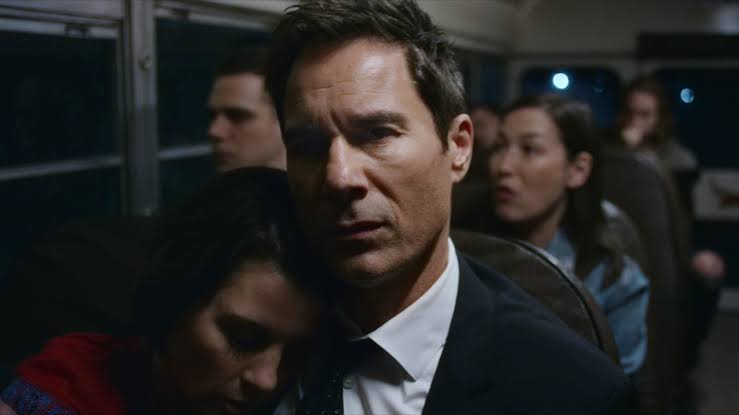 It is set in a post-apocalyptic future in which thousands of special agents are given the task of preventing the collapse of society. These operatives are known as “travelers”. These travelers receive missions that are dictated by the Director. All the travelers are required to behave according to certain rules in order to protect the time line.

Cast—
The cast of the third season of the show had some familiar faces. Here is the cast from the third of the show—
Eric McCormack as Grant MacLaren (Traveler 3468), who is the team’s leader

MacKenzie Porter as Marcy Warton (Traveler 3569), who is the team’s medic.

Nesta Cooper as Carly Shannon (Traveler 3465), the team’s tactician, who assumes the life of a stay-at-home single mother

Jared Abrahamson as Trevor Holden (Traveler 0115), who is the engineer of the team.

Reilly Dolman as Philip Pearson (Traveler 3326), who is the team’s historian.