The Good Place Season 4 Episode 9: ‘The Answer’, Streaming And Preview

Here are a few essential details on The Good Place Season 4 Episode 9:

Here is the trailer for The Good Place:

Chidi (Willian Jackson Harper) has been conspicuous by her absence. As a member of the group, he made the biggest sacrifice ever for the sake of humanity. As he asked for his memory to be erased. He is officially a part of the experiment as a regular human, trying to live his afterlife in bliss. His girlfriend Eleanor (Kristen Bell) now will have to watch him fall in love with his ex-girlfriend Simone (Kirby Howell-Baptiste). 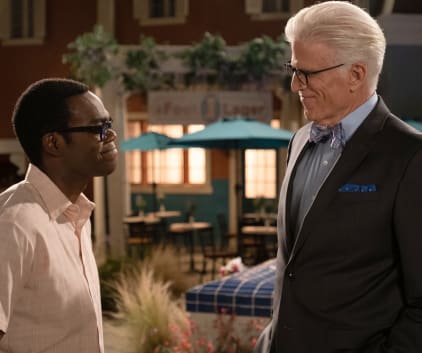 Just in case you are looking to see how Team Cockroach’s next new begins on The Good Place, you will have to wait and watch your turn. You may binge-watch the first three seasons on Netflix right now. You can catch the episode on NBC.