As many of you know already by now that Caroline Flack, who has been hosting since it returned in 2015, has stepped down from the show’s winter edition after being charged with assault by beating. The show’s winter edition will be beginning only a few weeks from now, this means that search for the show is currently on because the show will start on ITV2 on 8th January 2020 and broadcaster most likely want to prevent delay. 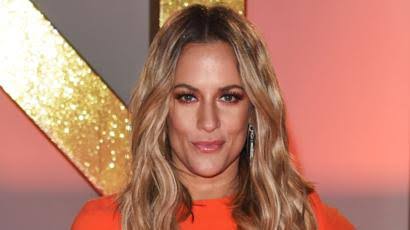 Here is the list of contenders that can likely host the show:

In 2018, she was at the second spot of I’m A Celebrity, Emily Atack returned to Australia this year to be a host on ITV2’s companion show Extra Camp. Because of these things her name is buzzing around. She might be a potential replacement for Flack in January.

Rochelle Humes is one of ITV’s one of the best as well as dependable presenters. She has hosted many shows for the broadcaster which including Ninja Warrior UK, The Xtra Factor, and The Hit List, as well as filling in for Holly Willoughby on This Morning.

Jama is a presenter on BBC Radio 1’s Greatest Hits and a self-titled weekend show. At the same has plenty of experience on camera. She rose through the ranks as the host of 4Music’s Trending Live and co-presented the first series of Channel 4’s hit reality competition The Circle.

Laura Whitmore is a very familiar face on ITV2 who have been on the channel frequently in recent years on the likes of I’m A Celebrity Get Me Out of Here NOW!, The Hot Desk and Survival of the Fittest. Furthermore, she married to Love Island narrator Iain Stirling, meaning she could be a very natural fit on the new series if she lands the gig.