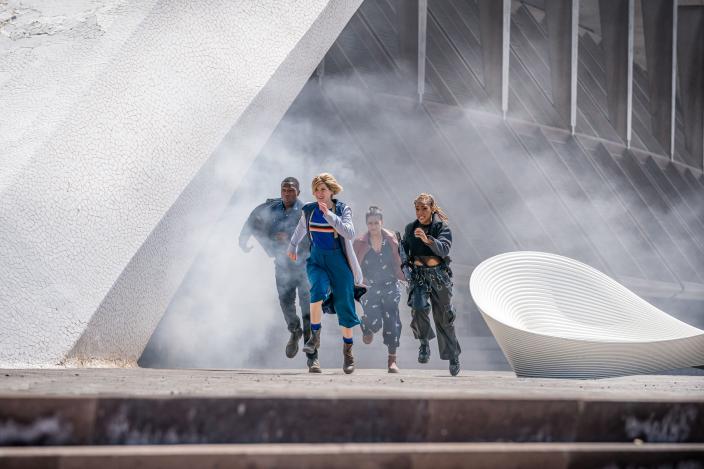 In this post, we are going to talk about Doctor Who seasons 12 episode 5 release date, preview, and streaming. As we know, the show is supposed to release new episodes in a few hours, and we are going to provide more details about it. However, it might include spoilers which might bother some of you. Hence, only read if you are okay with spoilers, or only read release date and streaming details to avoid spoilers.

The show is now four episodes deep into the twelfth installment of the sci-fi drama, and the fifth episode is supposed to release today. Doctor Who Season 12 Episode 5 is scheduled to release on 26 January 2020, and the fourth episode was released on 19 January 2020. The upcoming episode is titled ‘Fugitive of the Judoon,’ although the last episode was named ‘Nikola Tesla’s Night of Terror.’ The average runtime of each episode of Doctor Who is 50 minutes.

The upcoming episode trailer is linked below, although it will have spoilers, so stay aware!

The episode will be featuring the return of the Judoon, the space police which fans saw back in the third season. All the past memories must be flashing in everyone’s minds, and another fact is that the episode is written by Vinay Patel, who wrote the critically acclaimed ‘Demons of the Punjab,’ in the last season. So, it would be interesting what he has this time for the fans.

The show is broadcasted on the BBC One channel at 7 PM GMT in the UK, and new episodes are released on Sundays only. Also, the show can be watched on the BBC iPlayer where viewers can watch any of the BBC shows online. The American audience can watch the show by buying the season 12 for $25.99, and the streaming options are iTunes, Amazon, Vudu, Google Play, and Xbox, although you can also preorder the 12th season on Fandango Now.