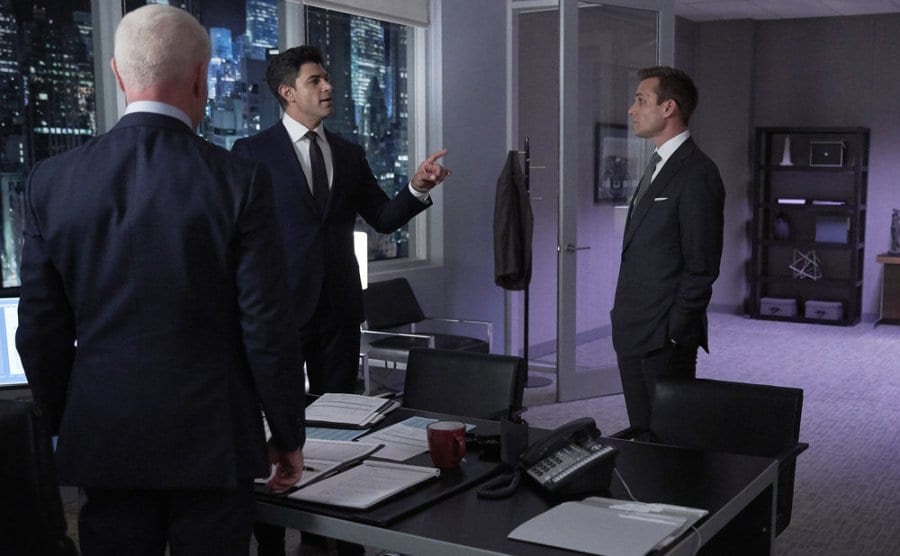 In this post, we are going to talk about Suits season 8 episode 14 where to watch, and spoilers. But before going on to talk about the next episode, let us take a quick recap of the previous episode. Apart from Donna and Thomas’ cute morning, we saw Stu informing Harvey about a trader blackmailing him. He reminded Harvey that it was about a trade that he made for Harvey.

So, Harvey went to meet the guy named Nick Pavonetti, and Nick did not bother even a bit. Instead, he tried to threaten Harvey which pissed him off, and Harvey tried everything he could to solve the issue. We also saw Samantha and her foster mother, where Samantha helped her to solve a case and had a happy ending. So, let’s talk more about the upcoming episode ahead!

The show can also be watched online using the USA app, where viewers need to enter cable TV subscription details to gain access. Furthermore, there are several online platforms such as Hulu, Roku, PlayStation Vue where viewers can watch Suits by streaming USA channel at the mentioned time.

The next episode will feature Harvey in a dilemma as he will have to choose between Samantha and Scottie as they will have a brawl. It would be a big problem for Harvey to face a situation like this, and it would also affect the work environment of the organization! Moreover, we will see Louis representing Lipschitz, as the synopsis suggests. Take a look at the trailer of the next episode below!