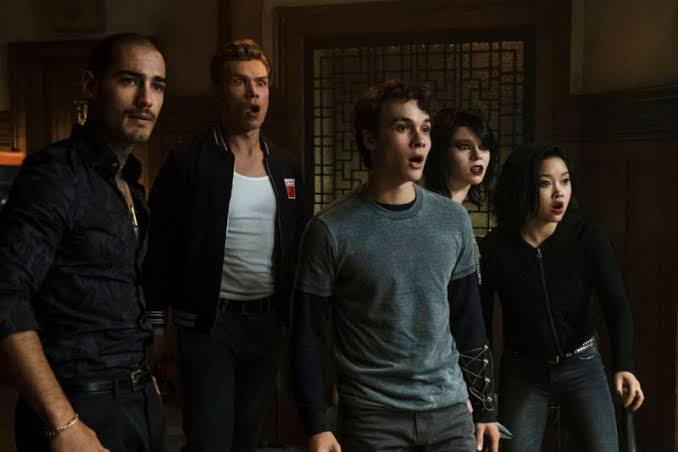 In this post, we are going to talk about Deadly Class season 1 episode 5 where to watch, and spoilers. But before going on to talk about the next episode details, let us take a quick recap of the previous episode. So, the previous activities of Petra, Marcus, Victor, Saya, Chico, and Boyd made them very tired, and they were chilling in hot water. However, Mirror People assembled everyone in a library where they saw Master Lin.

Master Lin was not at all happy from the behavior from his students, and he suspended them due to the same reason. Although the teens did not think they did anything wrong, and Petra did not wait to take revenge from a Nazi. Lin took all the weapons of the teens, including Saya’s favorite katana before locking them. So, let’s talk more about the next episode ahead!

The show is now four episodes deep into its first season, and the fifth episode is due this week. The fifth episode of Deadly Class season 1 is scheduled to release on 13 February 2019. The show is broadcasted on SyFy channel at 10 PM every Wednesday. The next episode is titled ‘Saudade.’

The show is also available to be watched online using the SyFy app, where all the SyFy shows can be streamed by providing cable TV subscription details for logging in. Furthermore, there are several online streaming service providers such as Hulu, Roku, Sling where viewers can watch Deadly Class by streaming FOX channel at the mentioned time.

The next episode will feature Marcus going on a mission which is supposed to backfire. Well, it will be about Billy, as Marcus will go to Las Vegas to kill Billy. Nevertheless, he is supposed to use acid to complete the mission, but the amount will turn things upside down. Take a look at the trailer for more details!