Of the anime’s that are making their return for 2020, fruits basket is amongst the major ones as the announcement of Season 2 made big news as it has been a while since the first season came to an end. So in this post, we are going to talk about Fruits Basket season 2 release date, trailers, cast, and spoilers. We will look at news concerning the second season fo this anime and try to figure out when it will air its first episode as so far, only the year 2020 has been confirmed, and we not yet sure of the mont date and the time.

The second season’s production was confirmed immediately after the airing of the 25th episode of fruits basket 2019. So it had been some time since the fans had been waiting for the next official announcement that will bring them closer to the second season.

The one thing that has the fans excited over season 2 is that they will be able to watch the ending of Tohru Honda’s story as it has been a cliff hanger so far.  The anime’s story from season 1 was based on the manga, and it has been a while since it has ended its serialization producing a total of 136 chapters within 23 volumes. The anime manga’s writer, Takaya, had revealed that although she had a great time with the manga, the emergence of the new season means going back to the beginning. As a result, Fruits basket 2019 was produced with an entirely different team.

This means that the new anime will be circling around particular plot events and introduce anime-only scenes to blend in the sense of originality and plot development variety. The ending of season 1 saw the adaptation of manga chapters 34 and 35 from volume 6, which covered Kyo’s arc about his true self. This means that season 2 will be a little paced compared to the first one to prevent a lot of episodes, as there is still a lot more to be covered.

The release of Fruits Basket Season 2 is scheduled for spring 2020, but unfortunately, so far, there had not been any official confirmation about when is the exact date and time of the release. But as time goes and as we get closer to the release date of the first episode, It is then that more official announcements with more details about the release date might be made. So, so far, we still in the dark. But at least we have an idea of where everything is going as now as season 2 of fruits basket is concerned.

Season 2 of fruits basket will be focusing much on Tohru and the Sohma boys as they seem to suspect that something will be coming as summer approaches. Yuki will be spending much more time with her brother Ayame meanwhile Tohru is looking forward to the upcoming trip. This is what we have picked up from the last moments we watched them so we will be expecting a story development of that nature.

READ:  'Uchitama?! Have you seen my Tama?' Episode 7: Streaming, Preview, and Release Date

Ayame will be continuing with his designs of the handcrafted items despite Yuki’s despising his fetish designs. So more storyline will still develop around Yuki and Motoko Minagawa, the president of the Prince Yuki fan club as there seems to be developing an intimate relationship between them. Things will heat up when Hiro Sohma starts getting jealous of Tohru and Kisa’s relationship which will only end up in dramatic turn of events.

As summer vacation approaches and Tohru couldn’t wait for the school drama to end, relationship issues could start to become more apparent. Moreover, Momiki’s invitation to Tohru and her friends on a trip to the Sohma family cottage just spells more drama for the group. So with this, season 2 is something one could look more forward to as it is only a matter of time till it arrives.

The preview had been long released all over social media platforms and you can also check it on the video below.

44 chapters were covered in the first season and 25 episodes where produced in total. Considering that there had been leaks about the total number of episodes of this anime. Although it was not official and the voice actor who had accidentally said this in their interview told people not to take it seriously. 63 episodes were revealed as the leaked information. And since the statement was not retracted or not revealed wither it was true or not, then it could make a good estimation as so far this is all the information presented. So far 44 out of 136 manga chapters have been covered. So season 2 will be continuing from this point on. 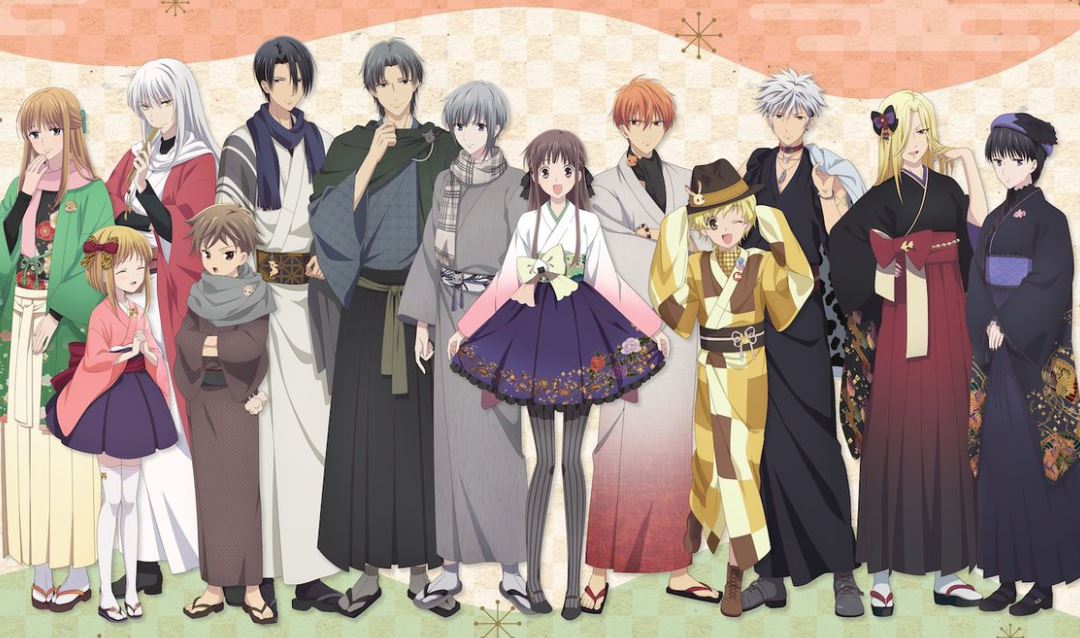 There had been major changes in the cast when the release of fruits basket 2019 came through. Although the production team was composed of an entirely different group of people from the 2001 anime series the characters returning for season 2 are mostly the same from the 2019 remake. So the cast will be as follows:

This could be different for the dub of which the same respective voice actors will be likely returning as well. As for more information about Season2, we will be bringing it to you as soon as we catch the light of it. So make sure you regularly check our site for updates so you stay on top of the latest news.