Fans of Karakai Jouzu No Takagi-san have been waiting for a second season to show for a long time now and 2018 certainly did see a lot of clues dropped here and there.

We saw a big joke about the second season of the show right at the beginning of the year, and that was on followed by the December 2018 Monthly Shonen Sunday, which teased an important announcement for Master Takagi-san anime, supposedly coming our way later this year.

In this post, we’ll let you in on everything that we know about Karakai Jouzu No Takagi-san Season 2. Before we begin, I want to let you all know that this post may contain a bunch of spoilers from the anime and the manga too. If you don’t want to get spoiled, I suggest that you stop reading the post here. However, if spoilers don’t bother you, we can get started. 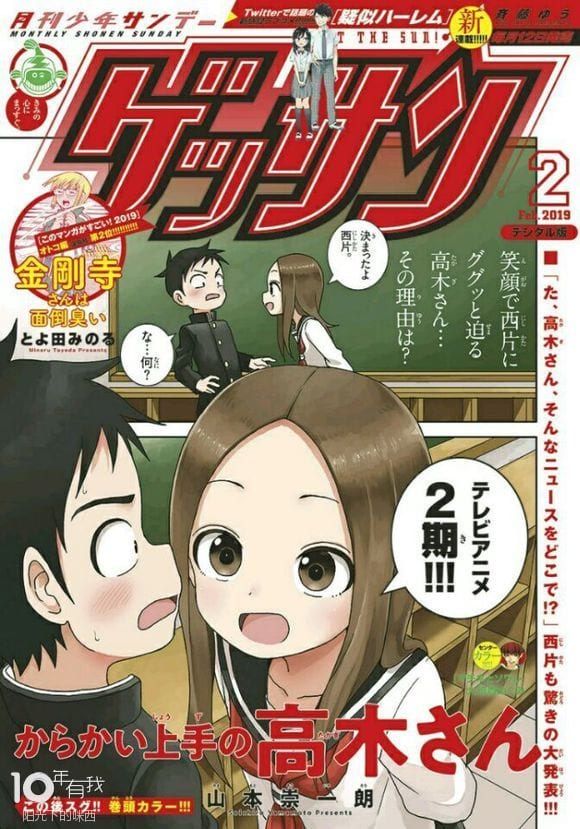 So, where exactly do we stand on the next season of Karakai Jouzu No Takagi-san? Well, we’ve explicitly been told that the anime is going to return for the second season soon. We also got bits on the staff of the show, and it’s now been confirmed that animation studio Shin-Ei Animation and director Hiroaki Akagi are returning to produce the second season.

Obviously, the main voice actors Rie Takahashi and Yuuki Kaji are also returning. As the Announcement was made, the director of the show made sure to thank all the fans for adapting possible through their constant support. We’ve also been told that the show is going to tweak certain things, but we don’t know what it really means.

As of now, only the production for the show has been confirmed. We’ve not been told when the anime will officially air. However, considering a healthy production schedule of 6-8 months, I’d say that the show will return at some point in Fall 2019. That’s just my guess though.