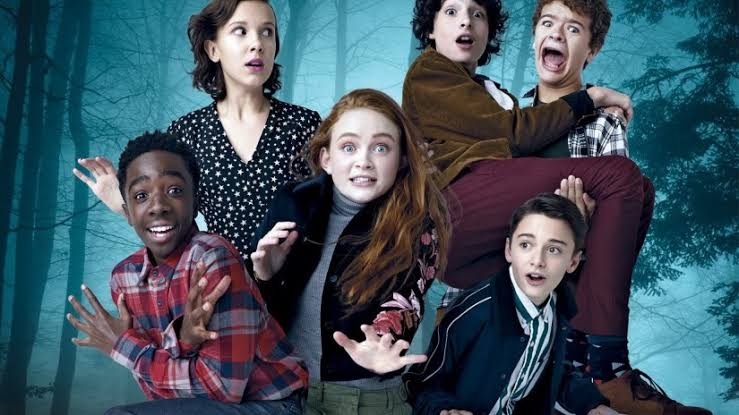 The upcoming Season of Stranger Things, the sci-fi series looks a hell lot of interesting just from the picture releases. The renewal of Season 3 of Stranger Things was a cent percent certain, and that’s exactly what happened with the show. Even before Season 2 started premiering, Season 3 was a sure shot. It was at the end of 2017 that Stranger Things was actually confirmed by Netflix. Season 2 premiered in October of 2017 and took the world by a storm.

David Harbour the guy who plays Chief Jim Hopper had confirmed that the third Season of Stranger Things wouldn’t come out until 2019 and that’s exactly what happened. Just at the beginning of the new year, Netflix announced that Stranger Things will drop on Independence Day, on the fourth of July this year. The caption to this Instagram post read, July 4.

Vice president of original programming at Netflix, Cindy Holland had long ago confirmed that season three would not be released until summer 2019. And that’s exactly how things happened but the delay, as Cindy said will be “worth the wait.” Both the Duffer Brothers and Shawn Levy, who produces the show have raised the stakes very high for Season 3. Shawn has schematically called it the biggest season yet. Millie Bobbie Brown posted a Stranger Things 3 message on her Instagram. Here watch:

We now have a confirmed full cast of the upcoming season, which is listed below!

Stranger Things Season 3 remains to be one of the most anticipated shows of summer 2019, and David Harbour has recently stated something that’s sure to get every fan excited. In an interview with Collider, he said that the direction of Season 3 will be such that I’ll be leaning into the 80s. There will be a bunch or references to the past, such as outfits, and even cinematography,

He also called it fun, and interesting and just that bit of information has sent the fans into a frenzy. We’re sure the upcoming season of the show will be just as good as we expect it to be.