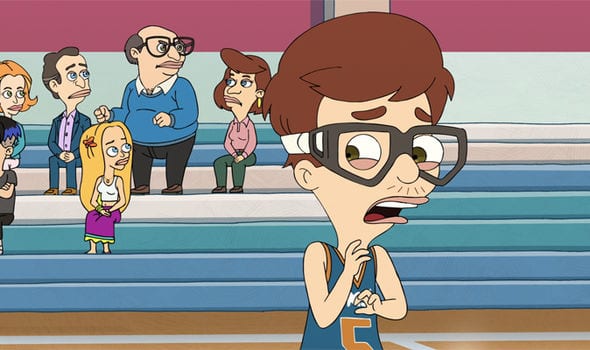 With Big Mouth Season 2 concluding, fans are looking for more content, and luckily for them, the show has been renewed for a third season, so fans of the series will have plenty of content to binge on. The second season dropped in October 2018, and according to reports, fans binged watch all the episodes at once, and it’s not surprising considering the fact the series has been received well by the fandom. We have gathered all the latest details and updates regarding the show, so here is everything you need to know about the upcoming Big Mouth Season 2.

The official announcement from Netflix was made in the form of a video in which they teased what they have in store for us. The caption read, “Puberty gets even messier. Big Mouth Season 3 is coming to Netflix in 2019.”

According to reports, the central characters as usually will be heavily focused on. How Andrew and Nick tackle, their high school and teen years will be something to look forward to. Reports say that the upcoming season will feature a total of 10 episodes just like the other ones and all the episodes will be released at once.

The official update is yet to be revealed; however, according to reports, Big Mouth Season 3 will be released sometime between September-October 2019.

Not a lot of details are coming out about the show, but we do know that the show is under production. The show has been under production since the second season completed, and the work might be in the final stages. Recently, we heard from Andrew Goldberg that they are currently working constantly and trying to complete the animation work.

Also, we were informed that the upcoming season would get deeper when it comes to puberty period for Nick Birch (voiced by Nick Kroll) and Andrew Glouberman (voiced by John Mulaney). It was also teased that the next season will revolve around Nick Birch’s new Hormon Monster.

Coming to the update, it looks like we can still expect the next season in September or October of 2019, as the show usually gets new seasons in the third quarter.

On November 2018, Streaming giant Netflix confirmed that show would make its return sometime in 2019, although no exact date is announced. Season 3 was a sure thing as considering the overwhelmingly positive response the show’s first two seasons received from the viewers.

Till now there is not a lot of details provided by the production company although we do know that the show is under production. Andrew Goldberg mentioned that he and his team are currently working constantly and trying to complete the animation work.

Big Mouth Season 3 update is still speculated to be around October 2019 as its previous seasons aired during the similar time frame.