Game of Thrones Season 8 Episode 3: Preview Breakdown, Spoilers, And All We Know So Far

Game of Thrones Season 8 Episode 2 aired earlier today, and it was, without a doubt, one of the best-written episodes ever. For me, it was one of the best in the entire show. We usually get 10 – 15 minutes of pre-war time, where a character says their farewells and some end up never returning again.

This time around, we got an entire episode, and I’m so happy about that. What people need to realize is that this is the biggest battle in the known history of the Seven Kingdoms. Just 10 minutes of time won’t do for most characters, and that’s why I feel that this was possibly the best way to go about it.

Anyway, let’s get to Game of Thrones Season 8 Episode 3 now. This is going to be the biggest episode in the entire season, both length-wise and content-wise. Miguel Sapochnik is directing it, so you just know that the fight will be incredible. We have a teaser from next week’s episode, and it looks just as angst as I expected it to be. Here’s a look if you haven’t watched it already:

The trailer opens with Sansa saying, “The most heroic thing we can do now looks the truth in the face.” I think this mostly refers to the fact that she didn’t believe that the Army of the Dead would actually attack this soon.

Yes, she was told countless times by Jon, and then by Bran who claimed to see everything. But, you can’t expect people to believe things like these completely unless they see it for themselves. I think this is Sansa coming to terms with the fact that they might actually die.

We see a shot of the Unsullied preparing for battle. They’re not scared, and they will risk their lives to protect their Queen and all she holds dear. As they march towards the gates, the dead arrive.

Elsewhere, Jon and Daenerys look at Winterfell’s gates, and they’re preparing to ride the Dragons to fight the Night King. Surprisingly, the Night King himself is nowhere to be seen. People prepare for battle, and we see Sam, Davos, Arya, Sansa, Varys, Jorah, the Hound and others react to the arrival of the Army of the Dead.

Jon says, “The Night King is coming,” looks at something in disbelief. The Unsullied up their guard. Arya is seen running in the Crypts of Winterfell, or somewhere similar. The Hound and Beric are scared, and looking for the dead inside Winterfell. A Dragon is seen roaring, but I don’t think that this is the Night King. It isn’t clear who the person riding the Dragon is, but I feel like it’s Jon on Rhaegal, or Dany on Drogon.

At the Godswood, Theon has a flaming arrow ready, possibly aimed at a White Walker, and then we see Jon looking ‘lost’, finally unsheathing Long claw.

We cut back to when Dany and Jon went for the Dragons, and it seems Daenerys is still upset with Jon due to the big reveal made in the Crypts of Winterfell. She says “The Dead are already here.”
This is possible because Jon is talking about the claim to the throne and how that wasn’t even his first concern, but I guess that she doesn’t also want to talk about it. 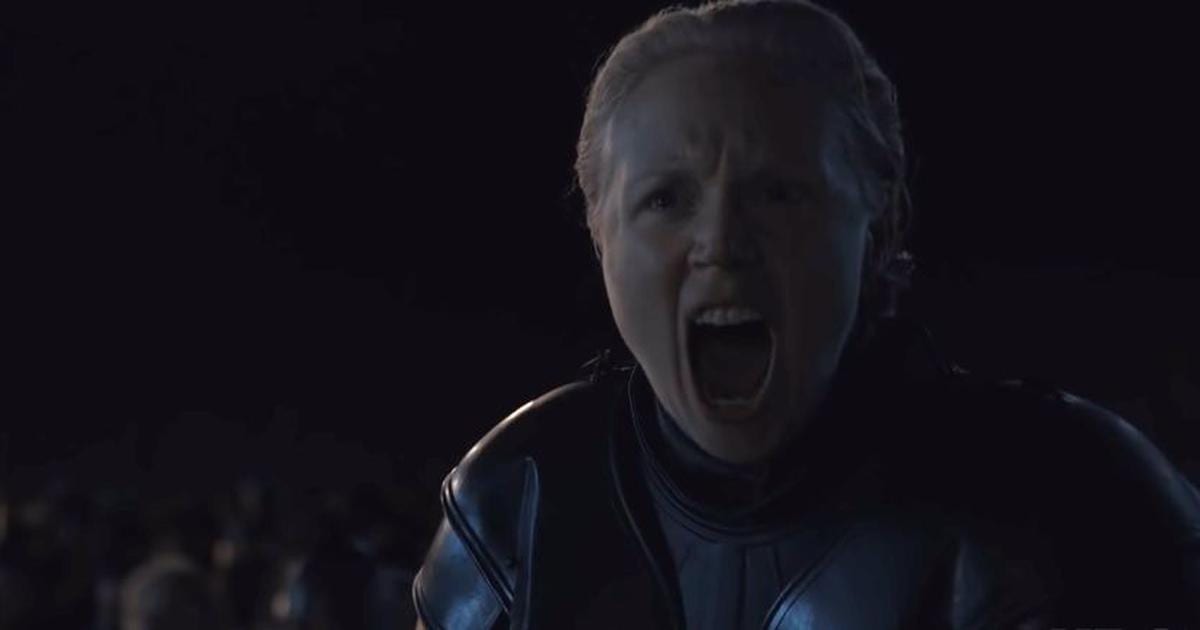 We then cut to Brienne leading the left flank, and as the Dead approach her and Jaime, she shouts, “Stand your ground”.

Game of Thrones Season 8 Episode 3 airs on HBO on Sunday, at 9 PM.

The King’s Avatar/Quan Zhi Gao Shou Season 2: And All We Know