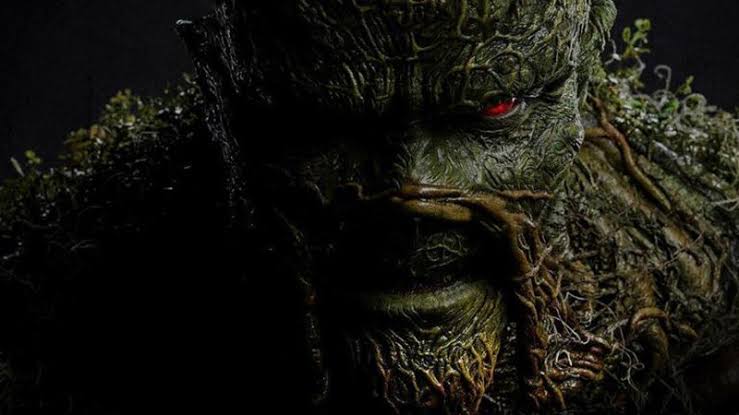 DC released the first trailer for the Swamp Thing, and it looks like it has a lot of horror elements in it which is all thanks to James Wan. In this, the story revolves around the consciousness of scientist known as Alec Holland. He is combined with a monstrous plant-creature that is the result of a laboratory explosion/restorative formula combination.

Andy Bean plays the role of Holland before the transformation, and Derek Mears plays Swamp thing after. But the focus will be Crystal Reed who plays Abby Arcane; she is a doctor who is with the Centers for Disease Control and Prevention. She journeys to Louisiana to investigate a swamp-borne illness.

It is there she meets with Alec Holland, and Holland’s death cuts their friendship short, she begins to suspect he might not be so dead. The trailer starts with a dark and peaceful night, but it doesn’t last that long. Abby searches around the mysterious labs that have dark figures watching her.

Moreover, there are screaming children, a swamp aflame, a very creepy pig-headed being which makes it even scarier. As for the cast, it has Jeryl Prescott from The Walking Dead as Madame Xanadu, Will Patton from Remember the Titans as Avery Sunderland, and last but not the least Virginia Madsen from Dune as Maria Sunderland. As for the update, Swamp Thing will be premiere on 31 May 2019.