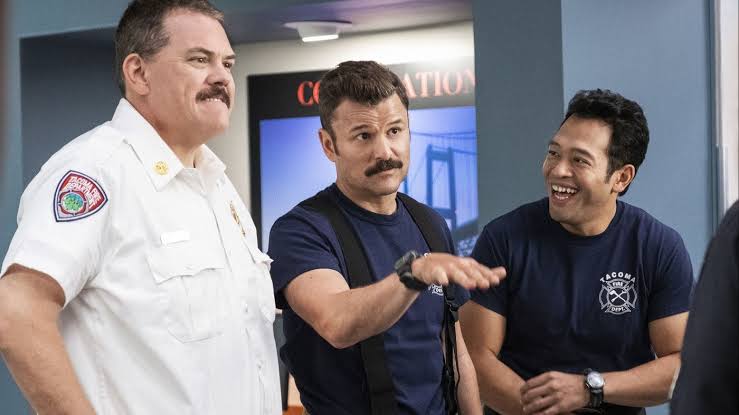 Tacoma FD is an American comedy series which has been produced by the creators of Super Troopers. The show began airing on March 28, 2019, on truTV. The show recently finished its first season. The story of the show takes place in a firehouse in the wettest city in America. It is set in the city of Tacoma, Washington. But, as we know in this, the firefighters aren’t troubled that often with fires. However, there are things that keep them busy. There are also friendly rivalries in the firehouse, which keeps them occupied.

update:
The first season of Tacoma FD had an average rating of 0.19 in the 18-49 demographic. There has been noregarding the renewal of the show but, a lot of people would want the show to come back.

Cast:
There is a huge possibility that the main cast of the show would be coming back for a possible second. They have done a great job and if the show is renewed then it’s is because of the dedication of the cast. Here is the possible cast for the second season of Tacoma FD—
Kevin Heffernan as Chief Terry McConky
Steve Lemme as Captain Eddie Penisi
Marcus Henderson as Granville “Granny” Smith
Eugene Cordero as Andy Myawani
Gabriel Hogan as Ike Crystal
Hassie Harrison as Lucy McConky

The story of the show is unique, and I wouldn’t be surprised if the show managed to get a renewal. We should expect more news to come our way in the upcoming weeks as it might take some time for the company to announce its decision.