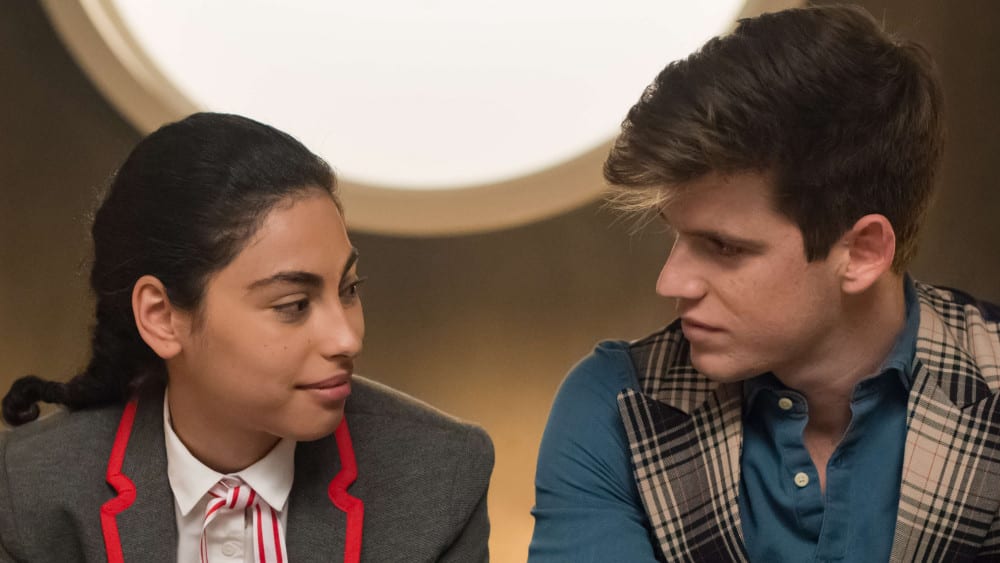 Who didn’t love the Spanish high school drama Elite on Netflix? The shoe became a surprise hit last year when it released on Netflix. Many Americans thought this thriller was on the same lines as that of a Gossip Girl and Riverdale; it has all the elements of mystery, intrigue, and unrealistic sex scenes. Recently it was announced that Elite Season 2 would be back with Sam, Guzmán, Nadia, Carla, and Lu. That’s right, the show is officially coming back for Season 2, and we may even have a update.

Netflix on Instagram revealed in a teaser video of characters Guzmán and Lu (played by Miguel Bernardeau and Danna Paola) in some sort of flirtatious behavior. Lu is seen asking Guzmán to listen to her (we don’t know what it is) suddenly Guzmán asks in Spanish if they Should we tell them about their return date from vacation. Before you think it’s a plot twist or something, on the count of three, Guzman and Lu announce that season 2 of Elite will be back this September.

We may not have ayet, but we sure have the confirmation. Las Encinas High School is going to be in the news again, let’s pray Guzman learns who killed his sister Marina. Season 2 is pretty much going to be an effort by Carla and Polo to cover up the murder of Marina; Polo killed her.

The entire cast will be back, and we hope Marina (María Pedraza) returns, in the form of flashbacks. We’ll see both Miguel Bernardeau and Danna Paola back again. Others include Itzan Escamilla as Sam, Mina El Hammani as Nadia, Omar Ayuso as Omar, Arón Piper as Ander, Miguel Herrán as Christian, and Jaime Lorente as Nano. Unfortunately, we do not have a trailer yet, but we’ll share it as soon as we are blessed with one. More news awaited.