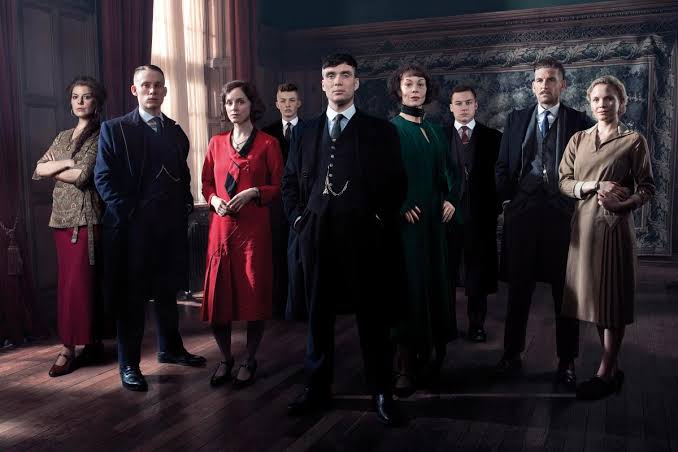 In this post, we are going to talk about Peaky Blinders series five update, cast, and updates. The show is supposed to come again with another season, and it was much needed as the last time we saw the gangster family was in 2017. Now, fans are deliberately trying to see the gangster drama again on BBC, and we are here to provide all the available information.

Nevertheless, when will the next season release? Unfortunately, there is no specific update announced for the next season. But we are assured by BBC that Peaky Blinders will return with the fifth season in 2019. It was announced with a tweet which is linked below!

Also, it is hard to anticipate a update as the show has had different release months for all the previous seasons. However, as a viewer, I would like to see the show in the first half of 2019. Another news which is confirmed is that the show will move to BBC One from BBC Two, and we can call it a promotion!

Apart from that, all the four previous series had six episodes, and we can see the same number of episodes in the next series too. The main cast of the next season is as follows!

Peaky Blinders have given us a first look at Helen McCrory as Aunt Polly ahead of series five.

There is a lot going on, but nothing has been made official. Rumors are spreading, but we would only provide those details which are confirmed. First of all, the shooting completed for the fifth season back in January 2019, which means we are just a few months away from an official release of the show. The confirmation for the filming wrap is below!

Congratulations to the cast and crew of #PeakyBlinders who wrap filming on Series 5 today. Here’s a throwback to #CillianMurphy and the director on the first day of filming, all those months ago. @ThePeakyBlinder

Coming to the main point, the release has not been announced, but it seems like we might see the show returning to small screens in June this year, as Summer is the best-suited option. But Peaky Blinders is more usual to Autumn releases, so we might have to wait a bit, but not too much, I am sure! Also, I am affirmative that the wait will be worth it, as the show is moving to BBC One from BBC Two.

Aside from that, we’re told that Steven Knight has confirmed that he is already writing Season 6, so that means the show does have a future ahead of itself, no matter what happens at the end of Season 5. The next season has been hyped as the best season yet, and we’re extremely hyped to see what will happen next.

Finally, more details incoming, and it looks like the show is on the way already. The fifth season’s first episode was premiere in Birmingham, where a special screening was organized, and all the cast members were present as well. The official tweet regarding the even is below!

The cast and crew of #PeakyBlinders Series 5 gather for a special screening of episode one, coming soon to @BBCOne pic.twitter.com/u7kpUWd8HF

While it is a good sign, there is still no confirmed update for the next season. The next season is still ‘coming soon’ to BBC One. Apart from that, we also have one more teaser of the show, which was recently released. Check it out as well!

Power comes at a price.

Get ready for the new series of #PeakyBlinders, coming soon to @BBCOne and @BBCiPlayer. pic.twitter.com/IqYGSNCNsB

A trailer is out as well, check it down below!