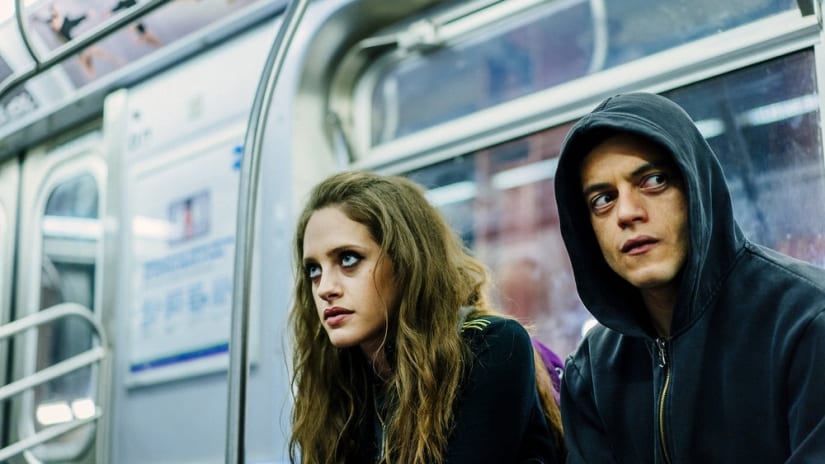 The fans of Mr. Robot are desperate to watch the new season. The show’s renewal was confirmed a while ago when the finale of the third season was yet to air. However, there was some bad news that accompanied the renewal of Mr. Robot. It was confirmed that the fourth season would be the last season.

This bit of news was confirmed by the show creator Mr. Robot Sam Esmail. The show has been praised by the critics and the fans as well. Mr. Robot has received several award nominations.

The fans are hyped to see what the new season will look like. According to Rami Malek, the ending of the series will be enthralling. In an interview, Rami Malek revealed that he and Christian Slater had received a phone call from Sam Esmail. Sam had told them how the season was going to end. Rami added the season would have an exciting finish.

Malek previously won an Emmy for Best Actor in 2016 after being nominated for his performances in the show.

The first two seasons of Mr. Robot were released in the summer of 2015 & 2016. However, the third season was released on October 2017. It is expected that the fourth season will be released in late 2019 as well.

Now moving to the cast of the new season. We will see the regulars coming back for another season. So, here is the possible cast for season 4-
Rami Malek as Elliot Alderson
Christian Slater as Mr. Robot
Carly Chaikin as Darlene
Portia Doubleday as Angela Moss
Martin Wallstrom aa Tyrell Wellick

The future of Bobby Cannavale’s character Irving makes him a doubt. There are also question marks over Fernando Vera (Elliot Villar). He was helped by Elliot in order to get out of prison. He returned the favor by killing Elliot’s girlfriend.

The situation seems like stuck in time, as there is nothing more coming out. But we are having some heartfelt moments as the cast members are giving their reactions on the fourth season is the last. It has been very important for all the cast members, especially for Rami Malek, whose career escalated with this role. So, his reactions are the most important ones.

“I trust Sam implicitly, so if that is the way he thought he could close out this storyline, then I’m with him,” Rami Malek expressed. “I can say this; it is a very impactful, emotional, and I think clearly well thought out way to end this story and this series. It’s remarkable. I’m in awe of the man and what he has done this season,” he further stated. It seems like it would have been hard for him to accept that it is now over, once and for all.

According to many sources on the internet, the filming is still going on for Mr. Robot season 4, and earlier last month, they were filming a 2015 Christmas scene, being specific the date was March 15, 2019, on Friday.

The Christmas scene might be a flashback, but there’s no way of telling if this is going to be a finale episode and might be the last episode while preparing to wrap the filming. At this point, nothing is confirmed, we will get back to you with more details.

Fans of Mr. Robot are waiting for more updates on the next season of the show. What we do know is that filming is still ongoing. The show won’t be out until at least the second half of 2019, in my opinion. What’s more, the upcoming season of the show is going to be the last, as some of you may know already.

We’re told that the final season is going to have 12 episodes. The show was originally supposed to go on for longer, but it didn’t do as well as expected, so it is going to be canceled after the fourth season.

We’ve got some details in regards to the subsequent season of Mr. Robot, which we shall be provided at the moment. First of all, Sam Esmail has urged that the series would revolve across the Christmas period. Also, he revealed that the series could be around until Christmas of this year, as typical series have a Christmas special episode which they will even do. Additionally, the fourth season would be the final season. Hence, the ending of the fourth season will conclude the show.

Many were very involved in regards to the ending of the story, which led to a number of rumors. However, nothing has been confirmed formally, and all of the theories are simple minded games of the respective individuals.

We will see Rami Malek taking part in the position for one final time, and he needs to make it memorable. He has already obtained Oscar for Bohemian Rhapsody, and the rationale behind he got in Bohemian Rhapsody could be none apart from his position in Mr. Robot. He stated that he trusts Sam Esmail on the fullest, and shall be portraying his character in whatever way he needs.

Sam Esmail is a really artistic particular person, and he won’t be persevering with the series if he doesn’t really feel like. Therefore, we predict that he’ll conclude the series with this season, and this Christmas could be memorable for positive. There shall be 12 episodes within the fourth and likely the ultimate season of the series.