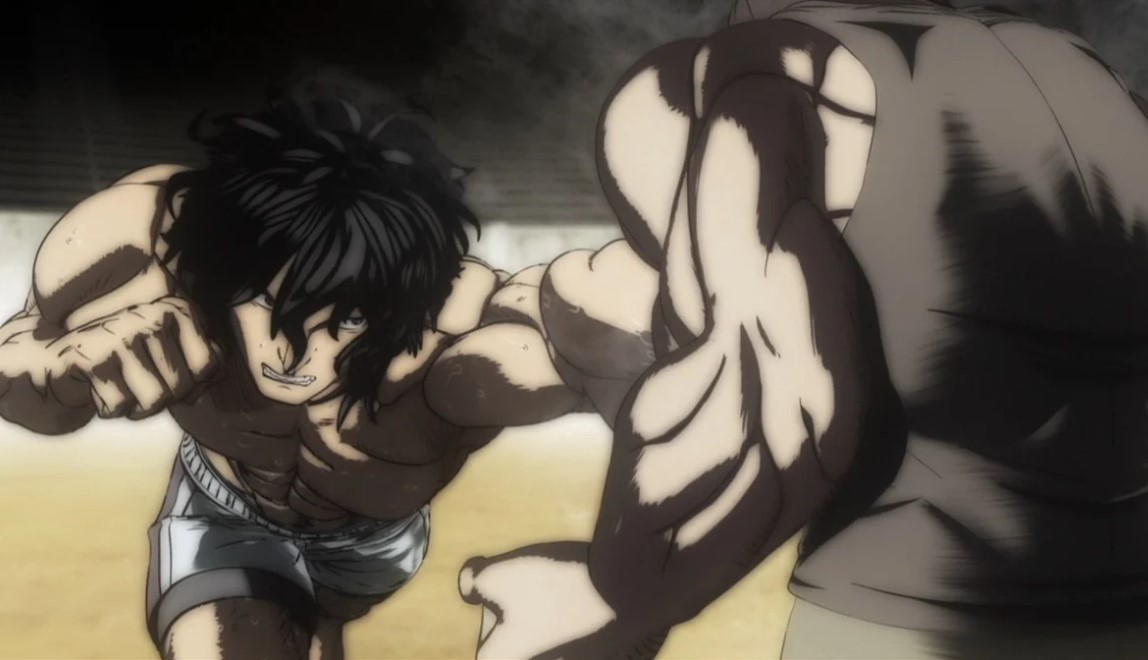 We are still in Kengan Association were two heavyweights giants are still conquering each other. Today we will see if Kengan fighters will keep on being a bunch of losers to Purgatory fighters who are dominating the competition. The Kengan fighter has already suffered 2 losses let’s see if they will manage to win today. Take a look below if Julius will be able to get up or not.

The count down is still on with Jiluis still lying down on the ground. Toad Mudo thinks that he is so strong that no one can stop him now. Toad Mudo had a flashback when he fought with his brother Rona Mudo. He took his brother down after beating him to a pulp. Rona Mudo got impressed by the way his brother fight. Toad Mudo has gained more power after entering the underworld.

This week’s post is about Kengan Omega Chapter 75 update and recap. Take a look at the following weekly schedule of this Manga then you can move to the latest development below.

Back in the past Toad Mudo use to be at the same level as his brother Rona Mudo. Rona Mudo advises Toad that he doesn’t have to waste his powers from the underground he has to move up to high level. That is the day when the two Mudo’s brother got separated. They both decide that they will never face each other on a battlefield. Johan Mudo the great ancestors of Mudo’s family has once led a thousand warriors in a battle.

Rona told Toad that Johan Mudo is their god and Toad said that he will surpass god. Back to the present Julius manages to get up at the count of eight and Toad told him to come at him as a warrior. Julius charges towards Toad who dodges his elbow attacks. Toad gives Julius a hell of beatings showering him with double hummer punches.

Toad brought Julius down again and he is landing some powerful punches without stopping. The fighters at the stand shout at Julius to protect himself as Toad is using a brutal force to finish him off. Julius mages to knock down Toad who was on top of him and they both get up at the same time. They are both injured and bleeding Julius said that Toad techniques are useless over his power. The fight still continues with Julius back in action.