Boruto Chapter 40 came out recently, and it turned out to be quite interesting in more than one way. We finally got to see another member of Kara and this time, Boro made his debut. Unlike Delta and Jigen, Boro seems rather tanky as he doesn’t even bother evading attacks. 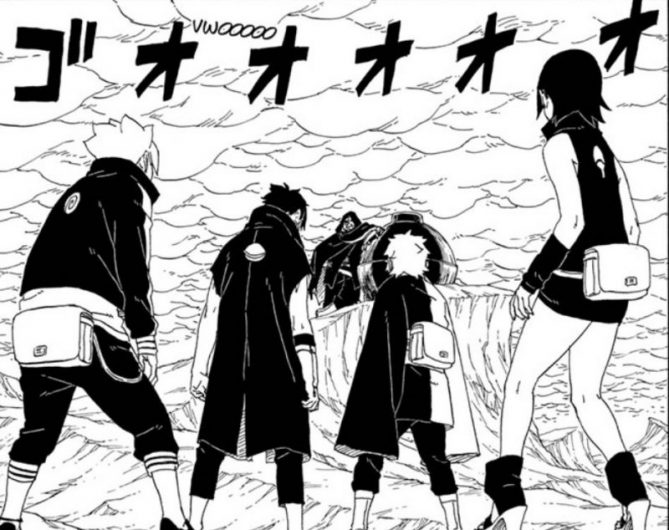 He also possesses a huge regeneration factor and was able to heal up from taking a Rasengan straight to the gut within seconds. Further, we got to see Sarada with her three tomoe Sharingan, which was also cool to see. Now, all eyes are on the next chapter of Boruto, so let’s discuss what’ll happen in the next chapter, shall we?

Boruto Chapter 41 is likely going to feature the counter-attack of Team 7 against Boro. Although Chapter 40 as good, it was mostly a set-up chapter for what’s to come and the next chapter will likely be much better than what we got this month. Next time, we’ll see a constructive strategy at play against Boro, and we think it’ll be enough to hold him off for some time. Ultimately, it is hard to imagine that four children will take Boro down, so either he escapes or we see backup emerging somehow.

Boruto Chapter 41 will be out on December 20, 2019. You can read it for free on the Shonen Jump app, or MangaPlus.