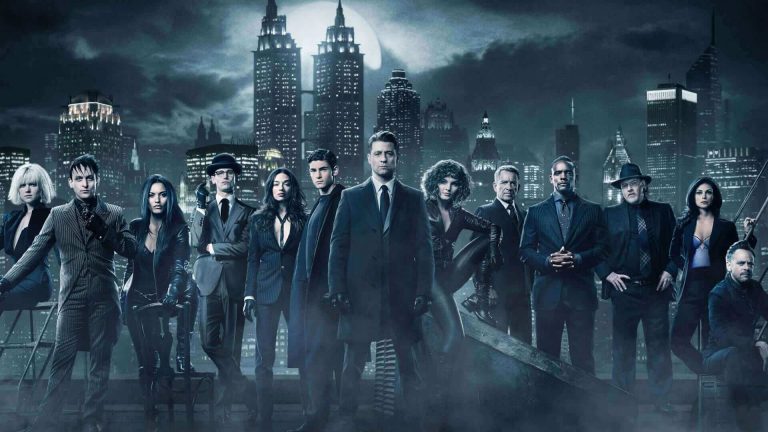 Though you may not have seen any promotional videos or heard any concrete news about the actor Cameron Monaghan in Gotham Season 5, things are going to take a turn as he’s very much there. In the finale and the fifth Season of Gotham, there’s an image teaser of Batman. Fox’s Gotham is around the corner, and it’s going to feature The Dark Knight and with a vengeance. However, Batman isn’t all that you see. The footage that’s released also marks the debut of Bane (played by Shane West) amongst many other familiar characters from the comics.

Cameron Monaghan very clearly announced that Batman is going to feature in Gotham this time around. The final Season of Gotham should be out in a month with the tease that the Dark Knight’s coming for all of us! Tze Chun who’s the writer/producer of Batman on Friday went on Twitter and uploaded a promotional image of Batman. Here see the Tweet below:

Bruce Wayne in our pilot vs our final season of @Gotham. Get ready for 🦇🦇🦇#gothamtvwriters #gotham #batman pic.twitter.com/J9DpvsbRIf

The tweet that got over 2k likes and over 700 retweets interested a lot of the fans. There’s one question that remains unanswered though, what’s Batman’s exact role in Gotham Season 5 and how long is it going to go? But there’s more, in the footage, we ate shown both Batman and Catwoman. So Bruce and a newly-healed Selina go toe-to-toe with their gadgets before becoming Batman and Catwoman. In the very next second, you see Bane on your screen!

At this point, it is important to tell you that the final Season of Gotham is officially titled as, “The Legend of the Dark Knight.” In the trailer clip, Jeremiah, on the other hand, has no plans to stop at anything. Cameron Monaghan’s Jeremiah is busy with his shenanigans in the No Man’s Land. Poor Jim Gordon and the team of GCPD are seem working day in and out to defend their beloved city.

So again for this Season, there is a crime, a number of villains and then there’s Batman and Catwoman. Season 5 premieres Thursday, January 3 at 8 p.m. on FOX.