Denzel Washington and Rami Malek Hunting A Serial Killer Down Along With Jared Leto in “The Little Things” Trailer!

Denzel Washington and Rami Malek Hunting A Serial Killer Down Along With Jared Leto in “The Little Things” Trailer!

The new dark and gritty trailer of director John Lee Hancock’s “The Little Things” dropped on the 22nd of December 2020 and has left the fans in complete awe. Let’s be honest, with three critically acclaimed actors in one frame and that also in a dark, scary serial-killer movie, we are definitely in a treat for this movie. The movie was already a huge talk of the town when a mixed bag of interesting actors was announced. From the trailer’s looks, it seems like Rami Malek and Denzel Washington are on the verge of hunting down a murderer who is on a killing spree. With a mysterious character played by Jared Leto in the frame, there is a lot we can expect from the upcoming John Lee Hancock directorial.

Rami Malek recently grabbed an academy award for playing the very close to reality version of Freddy Mercury in the musical biopic “Bohemian Rhapsody” and Denzel Washington, who has two academy awards in his hands, plus on the opposite side we get Jared Leto, guess what? Another academy award winner, so what else do we need to be pumped up—such a bag of talented actors.

So here we are breaking down the new “The Little Things” trailer from Warner Bros. and what we can expect from the upcoming serial killer thriller.

So what we see in the trailer is the character of Sheriff Joe “Deke” Deacon, which will be played by Denzel Washington, talking to a freaking body that builds up the scare at the very beginning. Next, we see a lot of haunting scenes followed by Sergeant Jim Baxter’s character, which will be played by Rami Malek. Following, we see Sergeant Baxter, who hails from the L.A. Sheriff department getting an assist from Deacon on hunting the notorious killer who has wreaked havoc in the town. Deacon’s character himself has been portrayed quite mysteriously and leaves the viewers thinking for a moment. On the other hand, Jared Leto’s character is the trailer’s focus, with him being the only prime suspect, but as the trailer says, it’s all in the “little things.” So we can’t say what will happen even if it obviously seems like Leto. A lot is going around, and we are already intrigued by a 2-minute clip. Think about us watching the whole movie.

The way the studios have presented the trailer is perfect. Being a serial killer thriller, the trailer gives many creepy, scary, and horror movie vibes. Warner Bro. have made sure the audience stay tuned for the upcoming serial killer thriller and revisit the trailer again and again until further release. On the other hand, we know we are mentioning it repeatedly, but yes, we have three high-class actors in one frame, which makes this upcoming movie worth waiting for. 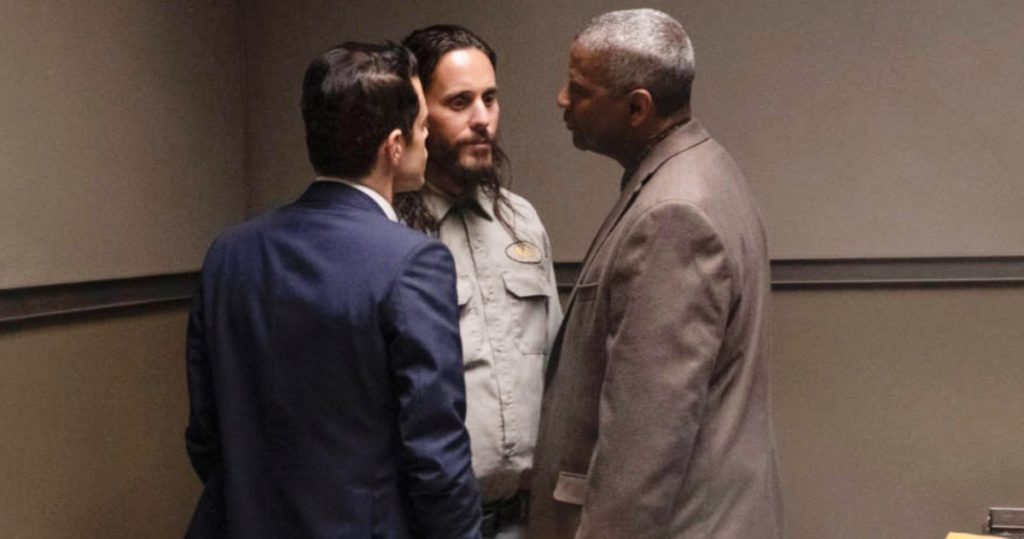 Apart from our trailer breakdown, we also have an official synopsis of the movie from Warner Bros., which reads, “Kern County Deputy Sheriff Joe “Deke” Deacon (Washington) is sent to Los Angeles for what should have been a quick evidence-gathering assignment. Instead, he becomes embroiled in the search for a killer who is terrorizing the city. Leading the hunt, L.A. Sheriff Department Sergeant Jim Baxter (Malek), impressed with Deke’s cop instincts, unofficially engages his help. But as they track the killer, Baxter is unaware that the investigation is dredging up echoes of Deke’s past, uncovering disturbing secrets that could threaten more than his case.”

The John Lee Hancock Directorial, “The Little Things,” is set to release on January 29, 2020, in theatres and HBO Max. Stay tuned for more updates.