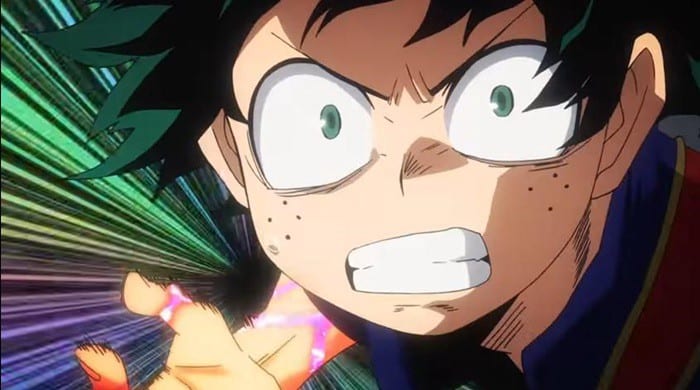 Last week’s My Hero Academia chapter gave us a glimpse of a completely new character. He is one of the former wielders of One For All, and it seems he wanted to convey some message to Midoriya. As One For All started to malfunction, he clearly said to Midoriya that he wouldn’t be able to use his quirk without keeping his head straight and that’s a bit strange to me.

Thankfully, Midoriya’s pain has stopped, and he will be unconscious for the time being. As long as he’s unconscious, we may be seeing him in the dream realm for a bit longer. I think the former user of One For All has something important to say to Midoriya. He did talk to him once, but I think there’s much more to it. My Hero Academia’s upcoming chapter is going to focus on Midoriya’s dream and the conclusion of the training, in my opinion.

First things first, the match will be called off. But, I don’t think that it’ll be a draw. I think since Class A simply couldn’t fight, they will lose this round. Class B will be the winners in my opinion. This would lead us to the new phase of the story and quite possibly the start of a new arc.

Before we enter a new arc, I think we will see Midoriya talking to the former One For All user, and he may reveal some bits about himself. We may even see how he fought All For One and who he passed One For All to. This is all very interesting to me. I think we might even see All Might investigating what just happened with Gran Torino as well. This is something very strange and should it happen again, Midoriya will be in grave danger.

Towards the end, we may see the Villains enter the story once again. They’ve been out of action for a long time now. Ever since the Overhaul arc ended, we didn’t really get to see them in important arcs, but I think it is time for them to make a move once again.