One Piece resumed this week after a very long break, and Ods delivered another incredible chapter. We got to see a lot of stuff happen in the previous chapter from the Shogun’s reveal to CP0, to Vegapunk. Let’s talk about that a bit first. Vegapunk will be relevant to Wano Country arc.

I’m not sure if he’ll appear or not, but I’m sure that we will see the World Government talking about him soon and we may even get a face reveal by the end of the Wano Country arc. The Shogun clearly wants Vegapunk, and there’s nothing that the CP0 can do about it.

Speaking of CP0, I think that they will have an important role to play in this arc. If they do clash with someone at Wano, it is going to be very interesting in my opinion. For me, the most interesting reveal in One Piece 929 was the introduction of XDrake and Page One. 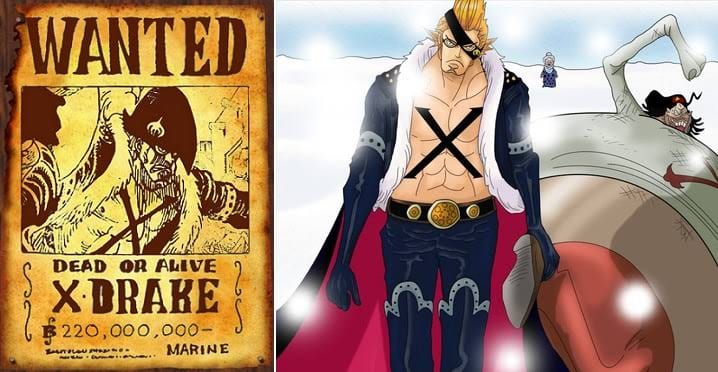 We know that XDrake has risen through the ranks of Kaido. He’s now one of the members of the Six Flying Fighters of Kaido, and so is Page One. Both of them have very powerful Devil Fruits. X-Drake has Dragon Dragon Fruit Model: Allosaurus, while Page One had the Spinosaurus. It must be noted that the Spinosaurus would absolutely stomp the Allosaurus, so it is likely that Page One is stronger than Drake.

What’s even more interesting is that they’re going to clash against Sanji and Trafalgar Law. Zoro is on his way to the same place as well, and he will likely clash against Hawkins there. In the next chapter, we will likely see this fight begin, and I want to see more action from Drake and Page One. This will also serve as a good fight to power-up Sanji and Law as well since they desperately need a solid fight before we move forward in Wano.