Marvel Studios, which has established itself as one of the biggest in the entertainment in the recent past, has been on the verge of expanding its talented crew time after time. After joining hands with the studios, the Russo brothers have become one of the most high-profile directors of the entertainment industry, and being under the Disney umbrella, their upcoming projects only seem to be multiplied with higher anticipation. Just like that, now Marvel for its upcoming Disney Plus web series Moon Knight has roped in indie directors Justin Benson and Aaron Moorhead to direct some of the episodes of the upcoming mysterious Egyptian mythology-based series titled “Moon Knight.”

Moon Knight is one of the web-series planned for the Disney Plus release by Marvel, including a slate of big shows like Wanda Vision, Falcon and Winter Soldier, Loki, What If?, Ms. Marvel, Hawkeye, She-Hulk, and many more. Moon Knight will be the first time we will see Marvel dive deep into the Egyptian mythologies and mystical powers related to them. The series is set to focus on Marc Specto, a former marine who is a conduit to an Egyptian god and gets in contact with supernatural powers while also facing his multiple personalities.

Marvel is on the verge of making its huge comeback for 2021, starting with Wanda Vision, but on the other hand, to keep fans invested, they have kept teasing and made required announcements and additions to their studios. The latest information reveals that horror movie directors Justin Benson and Aaron Moorhead, known for the movie Endless and 2014’s VHS Viral, have been hired to direct some of Marvel’s Disney Plus Web series Moon Knight and here we are talking about everything we know about it.

Justin Benson And Aaron Moorhead Joining In For Moon Knight

Marvel so far has not revealed much about the upcoming show Moon Knight. The cast of the series also remains disclosed, but there were talks that Oscar Issac of Star Wars: Rise Of Skywalker and Inside Llewyn Davis fame might be filling in the shoes of Marc Specto as the series’ main character. Furthermore, the casting was fueled when the show’s cinematographer Gregory Middleton accidentally disclosed Oscar Issac’s name while announcing that he is the official cameraman for the series. There is no confirmation neither from Marvel nor from Oscar Issac, so the news remains still as just a talk, but on the other hand horror directors, Justin Benson and Aaron Moorhead’s arrival on the project has been fueled in.

Justin Benson and Aaron Moorhead have been extensively known for their indie horror work, including the likes of their debut from 2013 titled “Resolution,” which was followed into being part of the popular found-footage horror anthology VHS where they directed the 2014’s VHS Viral. Their most recent work comes in the form of 2020’s “Synchronic,” which stars Marvel’s own Anthony Mackie and Jamie Dornan. The director is specifically known for their horror drove list of films, including the likes of 2017’s The Endless and producing 2020’s She dies Tomorrow.

Like we previously reported, Moon Knight is set to follow into the Marvel Cinematic Universe deep into supernatural as the character of Marc Specto gets inclined with the Egyptian mythology, so this could be one of the reasons Justin Benson and Aaron Moorhead have been brought in to direct a few episodes of the Marvel’s Disney Plus web series. Marvel to showcase the supernatural part of the Moon Knight on another level might be why they have brought in the director duo. After proving their work on the independent scene, Moon Knight could be the director duo’s biggest work to date.

On the other hand, Moon Knight will begin its shoot in 2021 in Hungary and is speculated to release somewhere in 2022. Kevin Feige has described Moon Knight as Indiana Jones of the Marvel Cinematic Universe, which suggests a lot of exploring, which we are bound to see in the upcoming series. Moon Knight will follow the story of Marc Specto, an ex-marine who struggles with his dissociative identity disorder, while those same multiple personalities with whom he struggles help him to fight crime at night as a vigilante. It’s also been revealed that all these multiple personalities of Marc Specto will have their own characters, while in comics, Marc Specto is revealed as a conduit for Khonshu, an Egyptian god. 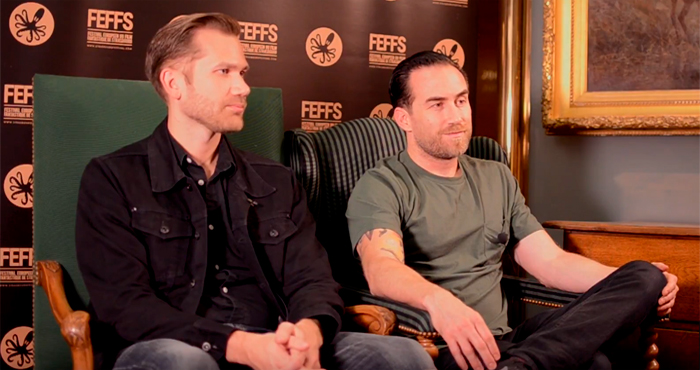 We believe Justin Benson and Aaron Moorhead’s arrival for directing a few Moon Knight episodes is probably the best Marvel could bring for the character, which is surrounded by a supernatural aura all the time. Aaron Moorhead is pleased with the news. He went to Twitter to share his excitement, revealing that he is about to direct Oscar Issac for a Marvel, which hints more that OScar Issac is probably confirmed as Marc Specto for the show. We will keep you updating Moon Knight and everything related to it, so stay tuned to Otakukart News.