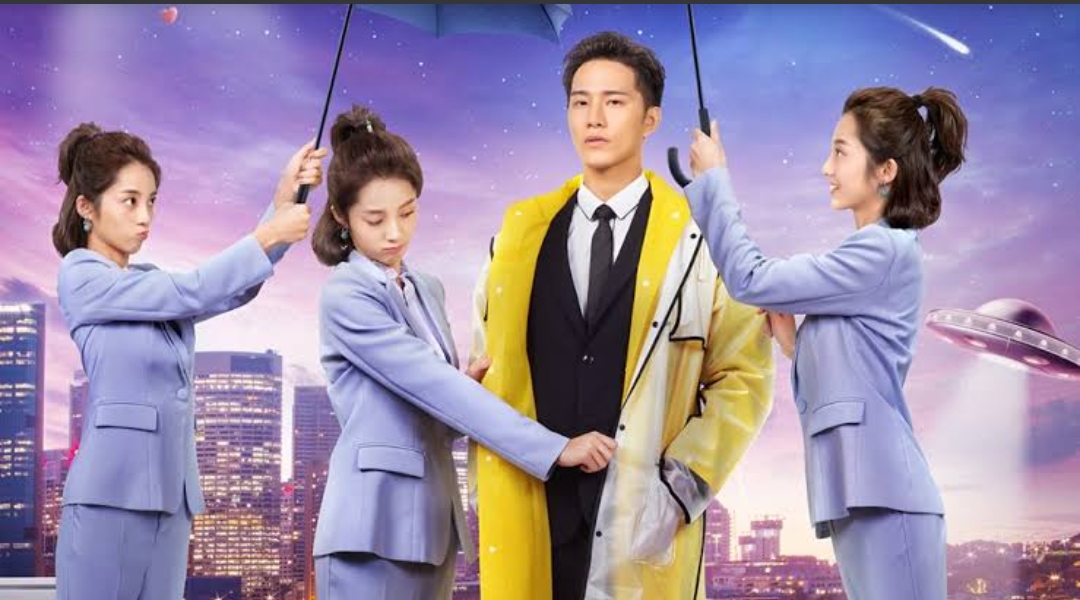 In spite of being a rom-com fantasy drama, ‘My Girlfriend is an Alien’ has been labelled as one of the most popular modern Chinese dramas, having been dubbed in various languages, including English and Hindi. The drama is perfect for someone who loves to watch light-hearted dramas, coupled with good chemistry between the two leads, a lot of jealous scenes, and fantasy.

The storyline involves an alien named Chai Xiao Qi, who unintentionally gets stuck on Earth, and in order to go back to her home planet, she needs to get her device back, which is somehow with the male lead, Fang Leng, portrayed as an overbearing CEO of a company, suffering from a special kind of amnesia, that makes him forget women around him after it rains. Here are the top ten Asian drama recommendations that you should try if you loved ‘My Girlfriend is an Alien.’ 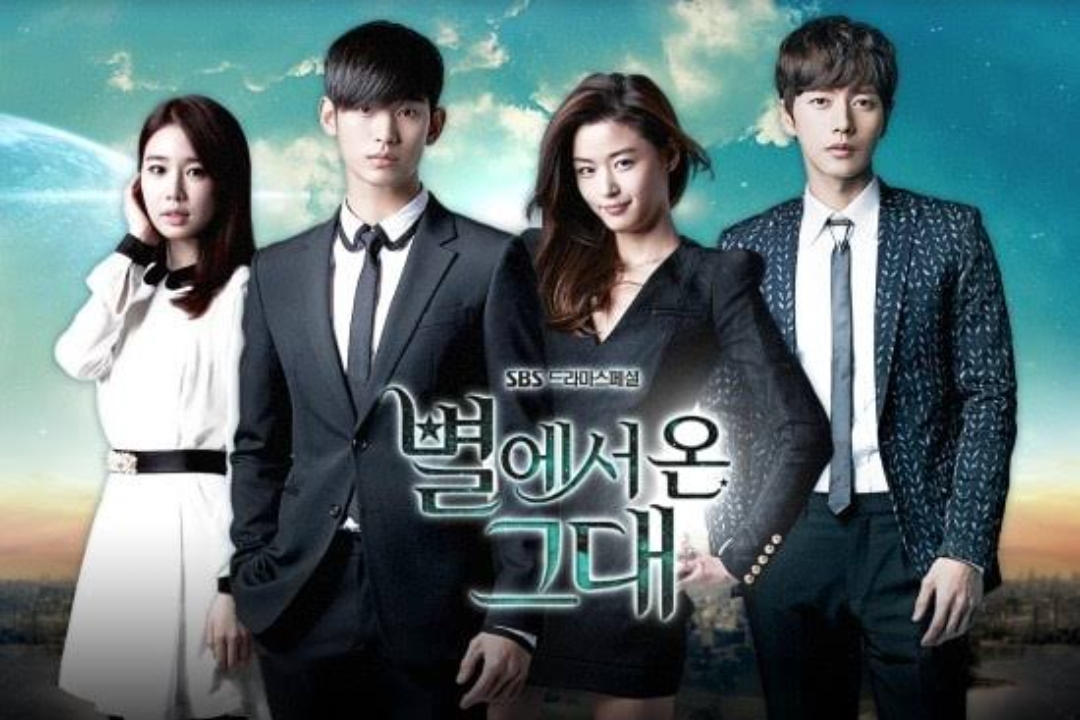 The story revolves around a powerful alien, Do Min Joon, who had landed during the period of the Joseon Dynasty, 400 years ago, on the Earth. He has been portrayed as someone with an almost perfect appearance and enhanced senses of vision, hearing, as well as speed. When he comes across the biggest Hallyu celebrity in South Korea, Cheon Song Yi, everything changes, but, he must leave Earth within the next three months.

This is one drama that has always been recommended under the beginner’s watch list, and it pretty much does justice to its fame. There is an inter-species romance involved in both the dramas, but in ‘You Who Came from the Stars,’ it’s the male lead who is the alien, unlike ‘My Girlfriend is an Alien.’ The series is available to watch on Netflix, Viki, and Apple TV. 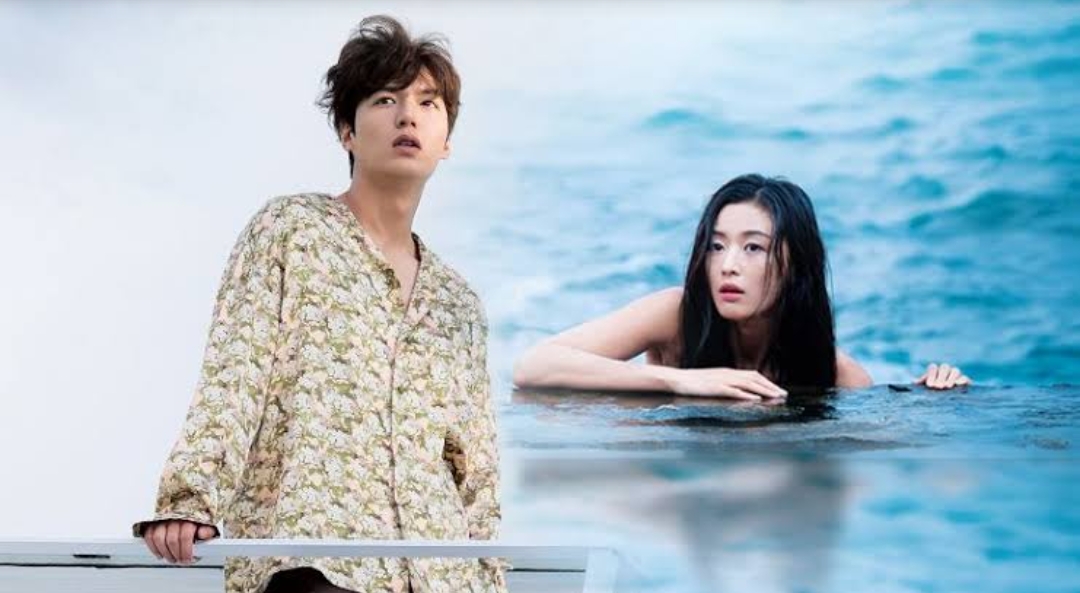 The Legend of the Blue Sea

The story takes us back to 1598 when a newly appointed governor named Dam Ryung helps to release a captured mermaid, Sim Chung, into the ocean. In the present day, Joon-Jae (who was Dam Ryung in the past) is a skilled scam artist with abilities similar to that of a magician. For the next score, Joon-Jae imitates a prosecutor and extracts a huge amount of money from the mother of a rich suspect. When he has to travel abroad, he comes across Sim Chung again, near an oceanside resort, which was picked up in a tidal wave and carried ashore. 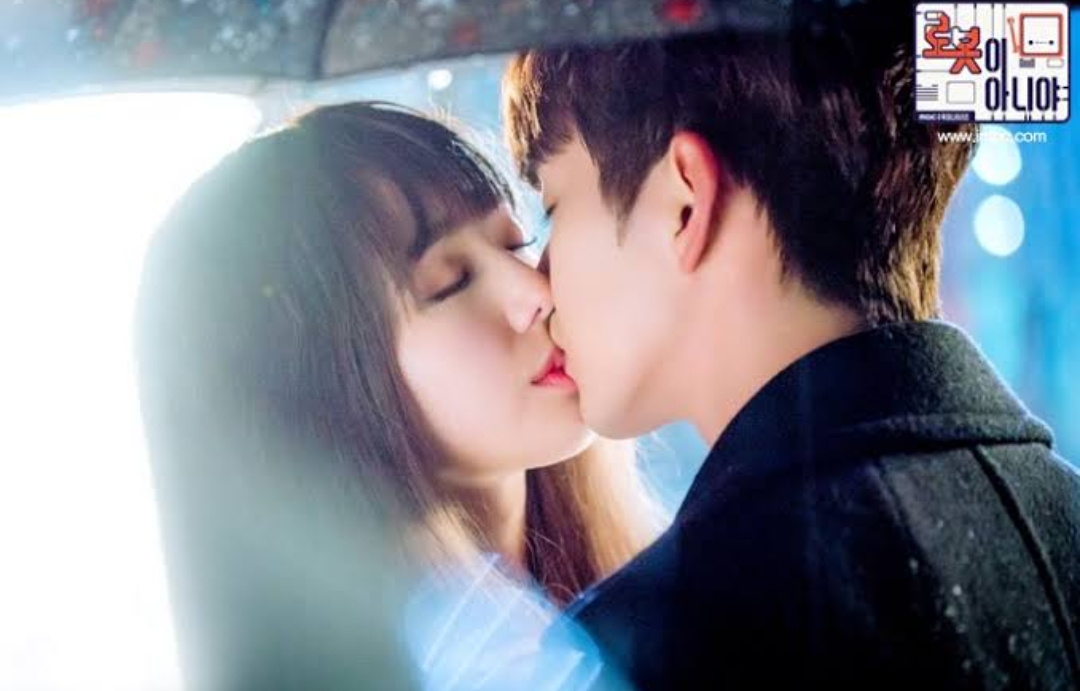 I’m Not a Robot

The story is about Kim Min Kyu, the largest investor of a financial company, who is allergic to human contact, due to which he lives alone, and away from all the normal interactions with human beings. He starts to take an interest in a robotic project named Aji-3, led by the renowned robotics professor Hong Baek Gyun,who gave Aji-3 the face of his ex-girlfriend, Jo Ji Ah, who is a struggling inventor. Due to an accident, the battery of the robot gets damaged a night before Kim Min Kyu is able to test it. Hong Baek Gyun requests Jo Ji Ah to pretend to be Aji-3 in front of Kim Min Kyu while they fix the robot in order to get the funding from him. However, with the passage of time, Aji-3 becomes the first friend Min-Kyu makes in 15 years, who not only becomes the only thing he can touch but even cures his disease.

In both the dramas, the sci-fi elements, the comedy, and the sweet romance share a similar tone. Moreover, the superficial differences between both the leads in both dramas made their relationships seem doomed. You can watch th series on Netflix, We TV, Viki, and Apple TV. 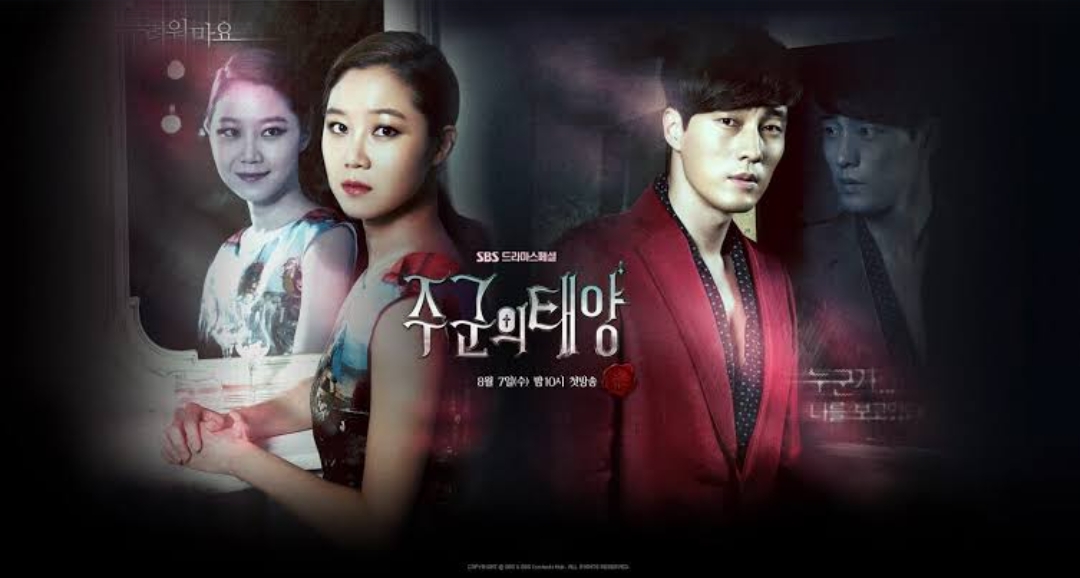 The series centers on a stingy and greedy president of Kingdom, which is a conglomerate including a hotel and a major department store. He comes across the gloomy Tae Gong Shil, who has the ability to see ghosts as a result of an accident. As they work together in order to deal with the spirits and ghosts, along with digging into Joong Won’s past life, they unknowingly fall for each other.

In both the dramas, the romance between the leads begins not because of love but for the need to be with each other. The male lead has been portrayed as rich, arrogant, and successful, while the female lead is clingy, just like ‘My Girlfriend is an Alien.’ Moreover, the female lead here initially has a liking for the second male lead but ends up with the main lead. 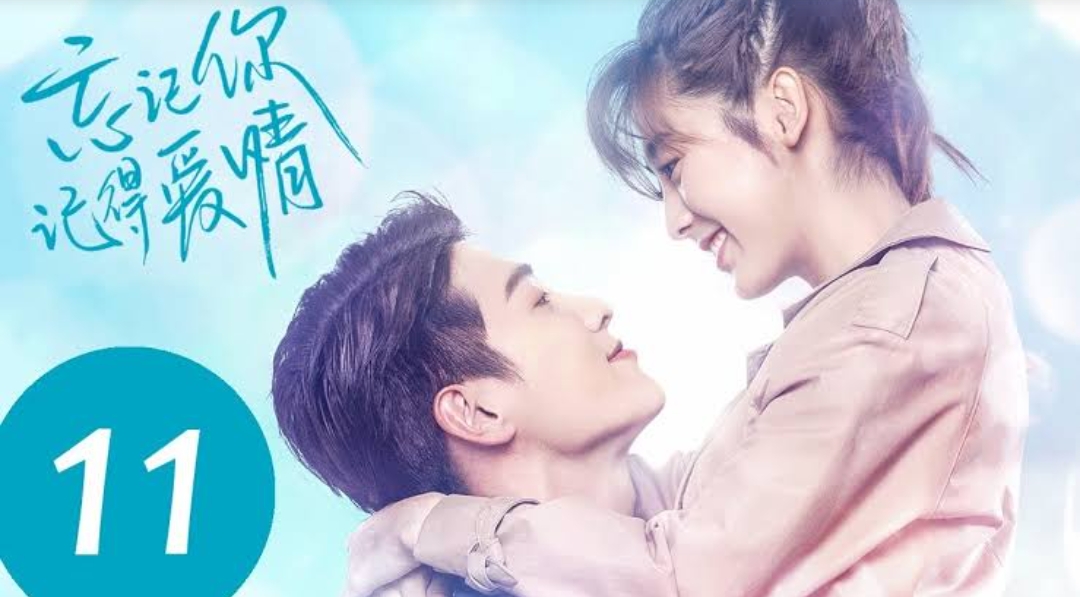 ‘Forget You Remember Love‘ is a dreamy fairy tale that revolves around an ordinary girl, Ye Qianyu, and the cold but smart president of Senwell, Shan Junhao. When Shan Junhao encounters an accident, he loses all the memories of his past, after which Ye Qianyu helps him by looking after him and giving him a fake identity. With the passage of time, both of them come closer, although Ye Qianyu knows that he will be leaving one day when he gains his lost memories.

The story features light-hearted romance and comedy, which is similar to My Girlfriend is an Alien. Both the relationships begin with hate, which ultimately turns into love. Also, the memory loss aspect has been used in both dramas. If you wish to watch this drama, you can check it out on We TV and on Tencent Video, where it is available with free English subtitles. 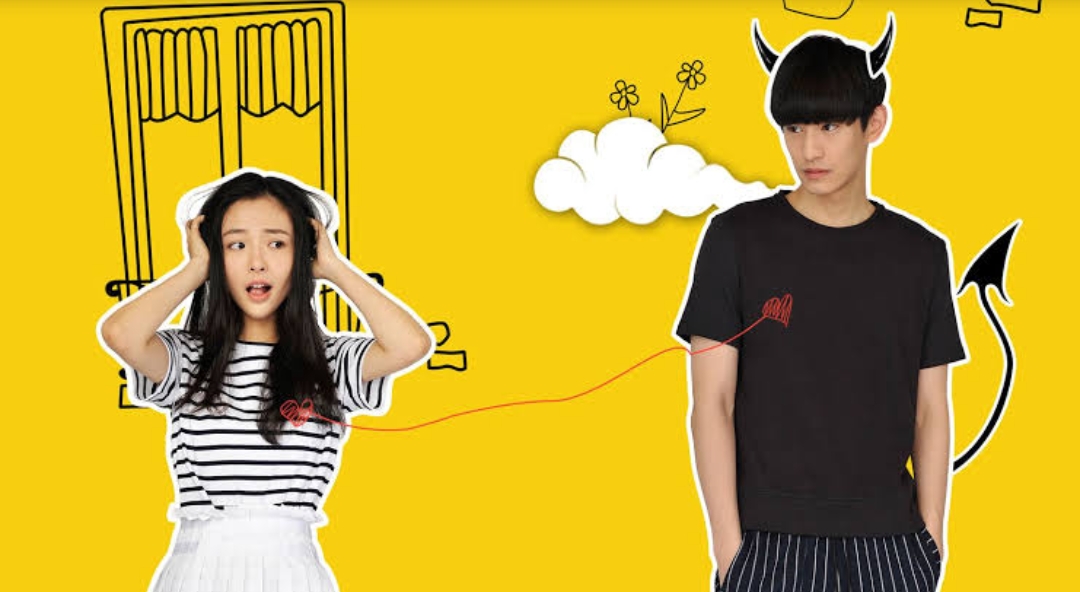 The story begins with a self-confident actress named Tian Jing Zhi, who is unhappy because of her boyfriend’s rejection after she proposes to him. As she tries to vent her anger, she crashes her car and accidentally awakens the immortal Xue Ling Qiao. Jing Zhi was on the verge of dying but was healed by Ling Qiao, but had to bear him living with her as a roommate. Initially, she tries to get rid of him by any means, but soon they begin to feel for each other, while shocking conspiracies start getting revealed spanning centuries.

The drama involves inter-species romance, where the male lead is a mutant while the female lead is a human. The same happens in My Girlfriend is an Alien, with the roles reversed and the girl being an alien rather than a mutant. Both the dramas have a cheerful and bubbly female lead and feature a love triangle. You can stream the show online on We TV, Viki, and Asian Crush for free. 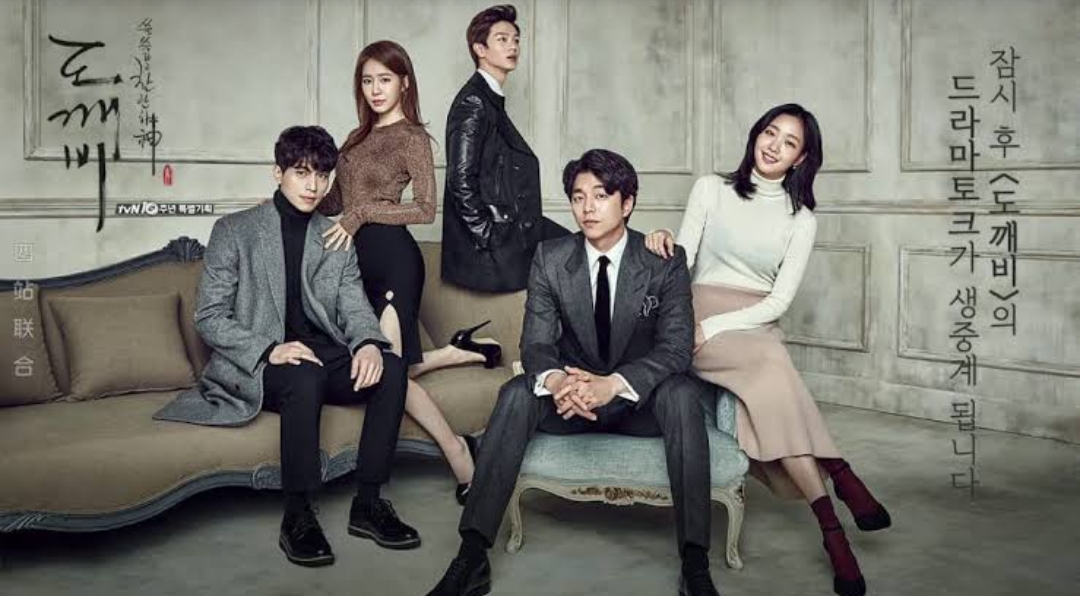 The story revolves around Kim Shin, who was initially a strong general in Goryeo’s military but had to deal with a tragic death, after which he gained immortality. However, he feels tired of seeing people around him dying and has been looking for a mortal bride who would end his life. After 900 years, he comes across an upbeat high school student, Ji Eun Tak, who has the ability to see the dead and claims to be the bride of the Goblin. However, things start to get complicated as the two of them fall in love with each other.

The drama deals with supernatural elements as well as inter-species romance. Anyone who has loved My Girlfriend is an Alien should surely give it a go. You can stream the show on Netflix, Viki, Prime Video, and on Apple TV. 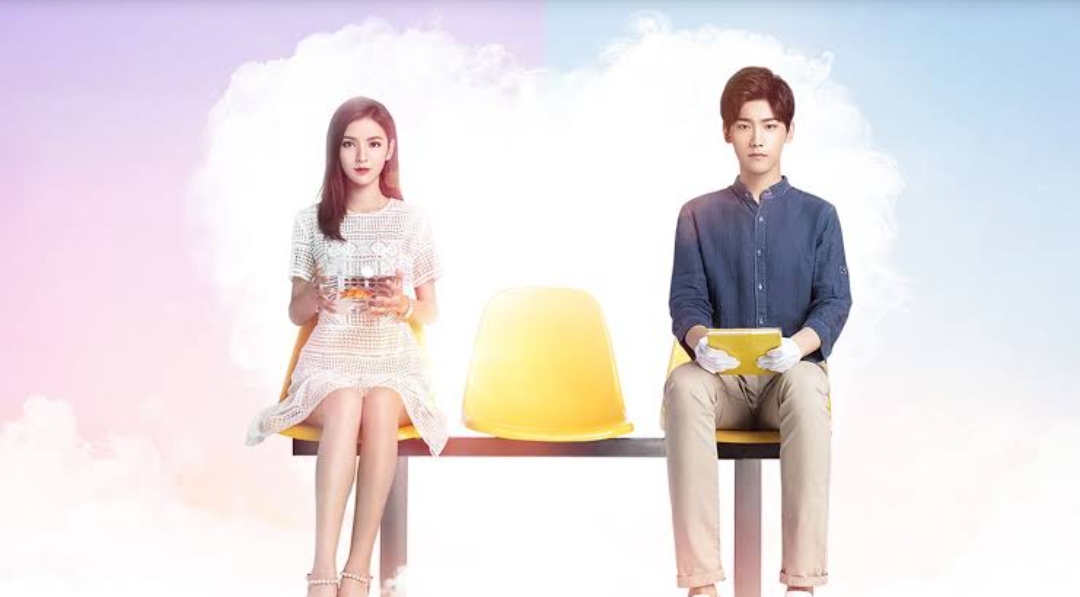 I Cannot Hug You

I Cannot Hug You is a story centering on an unexplainable pull between two people, a modern-day vampire, Li Shi Ya, and her next-door neighbour, Jiang Zhi Hao, who is a writer— and the romance prevailing between them. However, the strange thing is, Jiang Zhi Hao suffers from germophobia, because of which he cannot interact with other humans, while Li Shi Ya being a vampire, touch other humans to survive. She tries to get closer to him desperately due to the sweet taste of his touch. Meanwhile, her feelings for him deepen, and she realises she is falling in love with him.

The drama deals with the romance between two different species, a vampire and a human. The female lead is quite cheerful and chases after the male lead first, though it was initially not for the sake of love. Moreover, there is an evil scientist in both the dramas who try to harm the female lead. The drama is available to watch on Viki, Caravan for free, along with English subtitles. 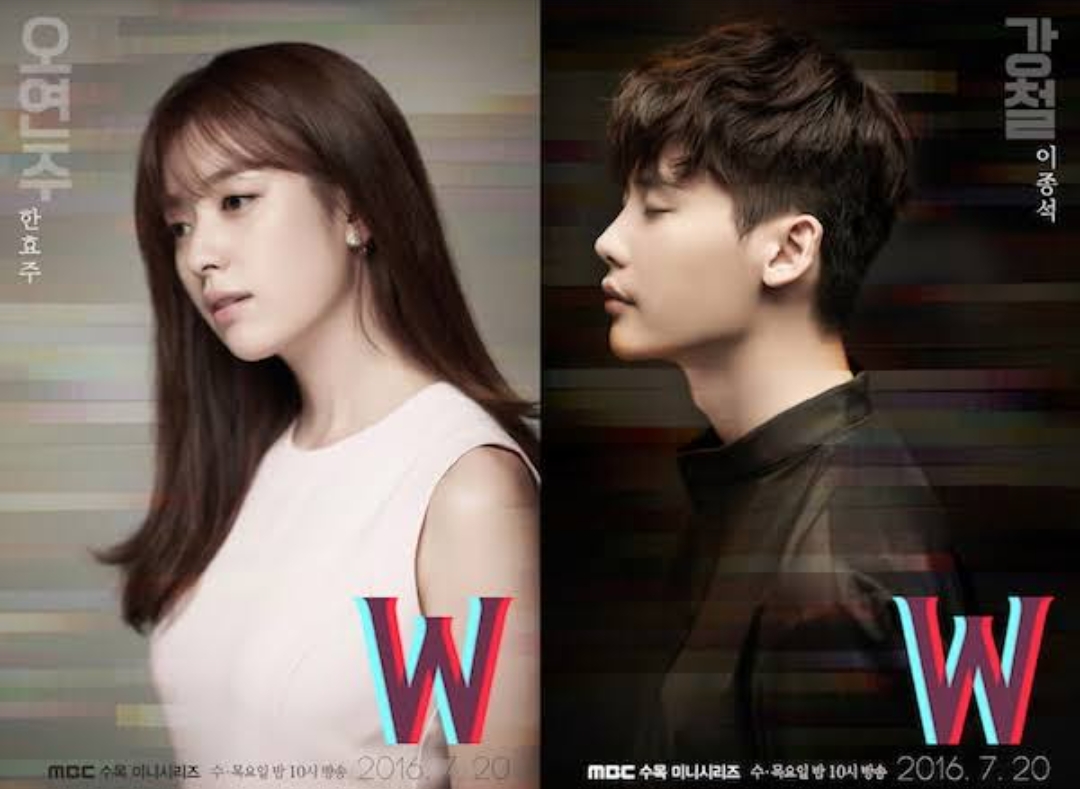 The drama starts with Oh Sung Moo, who is the father of Oh Yeon Joo, a cardiothoracic surgeon, and has been missing before finishing the finale of his webtoon, titled ‘W.’ When Yeon Joo goes to her father’s office to look for him, surprisingly, a hand suddenly pulls her inside the monitor, and the next moment, she finds herself on a building’s rooftop. A man with blood on his clothes was there next to her, who was none other than the lead character of the webtoon his father was working on. She manages to save him somehow but later comes to know that Kang Cheol’s feelings can make her enter or leave the place.

This is another drama like My Girlfriend is an Alien that features the romance between two people belonging to a totally different world. The male lead is rich here, just like Fang Leng, and deals with a tragic past. You can watch all the episodes of the drama on We TV, Viki, Netflix, and on Apple TV along with English subtitles. 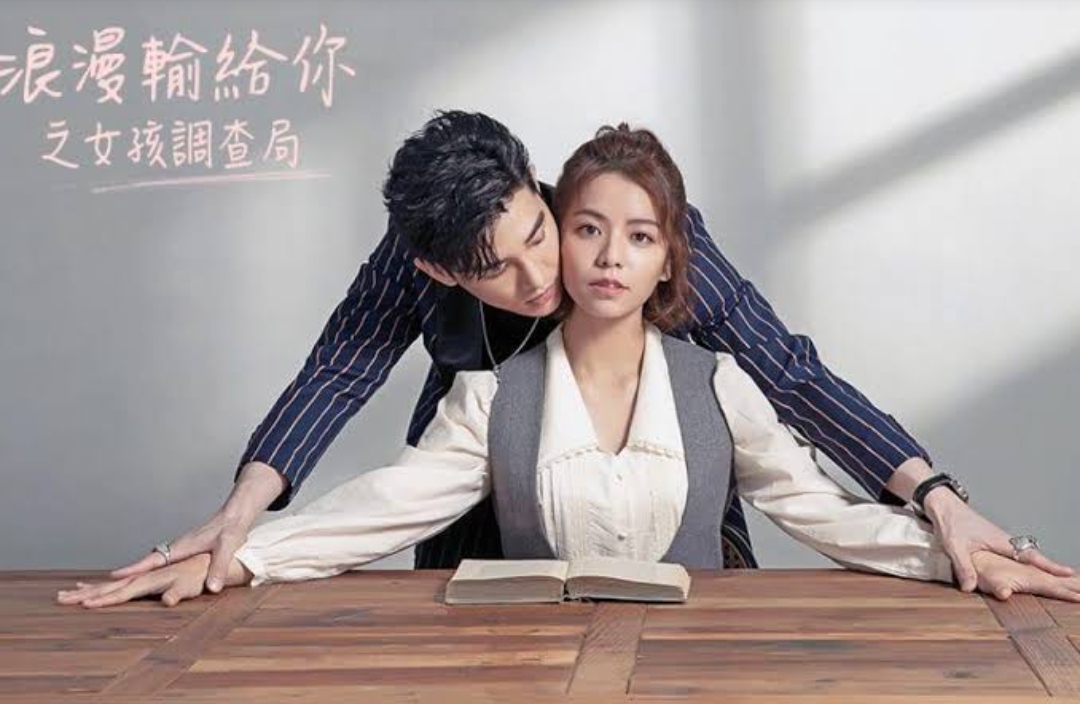 The story revolves around a romance novel editor, Zheng Xiao En, who secretly fancies the handsome chief executive of her neighbouring company, He Tian Xing. One day Zheng Xiao En discovers herself carried into the pages of a novel, where she encounters He Tian Xing, but with the name Si Tu Ao Ran, who has a totally different personality than that of He Tian Xing. At least in the fictional world, she tries to make him hers, making use of all her romance novel tricks. However, she soon comes to know that she isn’t the protagonist of the story; rather, she is playing an evil side character.

The drama features the boss and employee relationship like My Girlfriend, an Alien whose relationship turned from hate to love. It also involves a love triangle, crossword travelling, and cold man plus warm women themes. You can watch the drama for free on Viki.

Read: All The Upcoming E-Sports Asian Dramas That You Should Watch