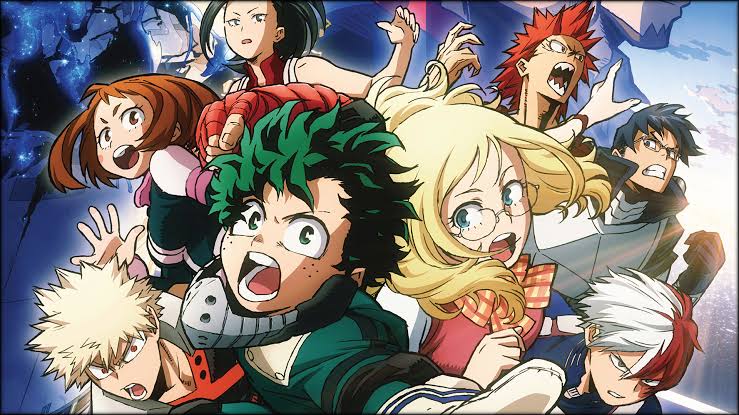 My Hero Academia Chapter 217 came out earlier today, and we got to see a great chapter, now that the arc with the exam is finally over. In the previous chapter, we saw Monoma trying to copy Eri’s quirk, but he wasn’t able to replicate its power. This is pretty much what I had predicted, and it is probably related to her horn and how it is important to her powers taking effect.

We then got to see Midoriya talk to All Might, and Bakugo at the same time. They were talking about the second quirk that manifested within One For All and how that would shape his future as a Hero. Todoroki also realized that Midoriya had more than one quirk, and being half hot, half cold; he probably knows what having the powers of two quirks in one feels like. We also saw Class A and B share nice meals. At the same time, we find out that the guy from Deku’s dream, who looked like Best Jeanist is the sixth user of One For All.

So now, let’s start discussing My Hero Academia Chapter 218 now, shall we? Well, the chapter is going to very interesting in my opinion, and I think once again, Monoma will be involved somehow. The thing is, Monoma has had quite a lot of focus thrown on him recently, and that certainly implies that something is up with him.

I also think we’ll see the end arc finally kick off, and this one is certainly going to have the involvement not villains in it. I enjoyed the previous arc, and I know the fights were good, but there was no sense of threat to this exam, and most of the fights were just lacking. Hopefully, the new chapter will clear up a lot of things, such as what the upcoming arc will be about. While if you don’t know much, I hope that it is something centered around villains.