By Amrit Chatterjee
In Video Games
on March 2, 20207 min read 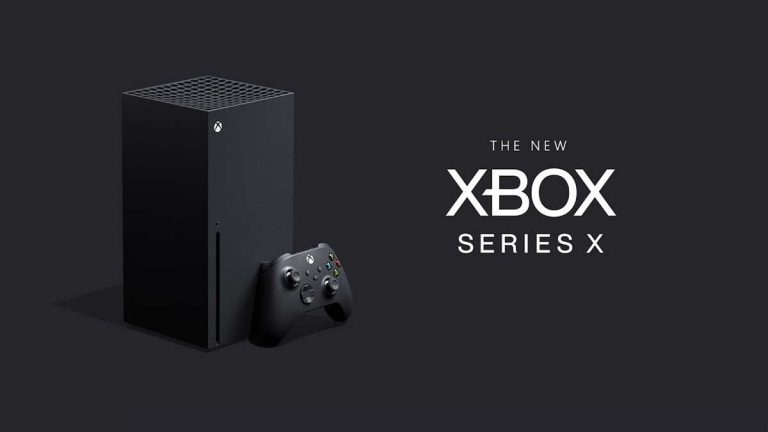 2020 is in its full swing, and with each day passing, fans are getting extremely desperate for the next-big-thing in the gaming world, and by that, we mean the arrival of the next-gen consoles from Sony and Microsoft. A lot of rumors and speculations have been keeping the atmosphere pretty hot, and to make it easier for you guys, we have gathered all the recent updates and information regarding the console, so here is everything you need to know about Microsoft’s upcoming next-gen console Xbox Series X.

Although the official release date is kept under wraps, the two tech-giants sure know too well how to maintain the hype, and all the rumors and speculations just act as fuel to the fire. We know for fact the two companies are eyeing 2020’s holiday window for an official release, and when it actually happens, it’s going to be a hell of competition between Sony’s PS5 and Microsoft’s Xbox Series X.

So far, we have seen two games developed for the two consoles, and both of them look absolutely stunning with rich-details visuals. Godfall for PS5 and Senua’s Saga: Hellblade 2 for Xbox Series X are nothing sort of eye-soothing visually impressive masterpieces, and fans are extremely curious to know as to what these next-gen consoles are truly capable of. For this post, we will be discussing the Xbox Series X only but, we will do a separate post for Sony’s PS5 as well, so worry not.

When is the Release Date of Microsoft Xbox Series X?

Microsoft Xbox Series X will be released in Holiday 2020, which means sometime between October-December 2020. The exact release date is yet to be revealed, however, we will keep you posted as soon as the official word drops.

What is the Design of the Xbox Series X?

The official reveal of Xbox Series X took place at the official Game Awards along with the revelation of Senua’s Saga: Hellblade 2, and fans were a little bit confused as the design looks nothing like its predecessor, so Microsoft is going ahead with a completely new fresh approach. The upcoming console is a big block in its design more like a mini-tower, and according to Microsoft, this will pack power beyond anyone’s imaginations. Microsoft has revealed that despite its tower-like design, gamers can place it sideways as well, so position-wise, it won’t be offering any pain. The official reveal was very successfully executed, and the fans showed their full enthusiasm for the product.

The device will sport a black version, and the top of it has been coupled with green lights, which appears to be a cooling vent. You can spot the Xbox logo on the top left corner along with a disc slot. A lot of rumors regarding the rear side of the console have surfaced up, and according to a forum, the rear panel will sport all the necessary ports such as the ethernet, HDMI, USB, power, etc along with the back-side vents. According to an online source, there is one mystery port which will help in increasing the storage. The details are yet to be confirmed by Microsoft, so we would advise you to take it with a pinch of salt.

What is the design of the Xbox Series X Controller?

Now, when it comes to the controller, Microsoft will surely turn its wheel and craft a new design making it handy enough for next-gen gamers. We know that Sony is planning a controller the likes of which fans have never seen, and surely Microsoft wouldn’t want to stay behind, so match up the competition, we expect a whole new design worthy to wield the title ‘next-gen controller.’ According to the current updates, the design has been revised, and the new controller will sport a separate ‘share’ button for saving in-game clips and snapshots. Reports say they will work on the size as well to make it more accessible to all types of gamers.

Microsoft has more to offer as the tech giant revealed that it had worked to reduce the latency in the ‘player-to-console pipeline’ with the new wireless controller with the help of ‘Dynamic Latency Input,’ a new feature that they will introduce. This particular feature will help synchronize inputs very fast with the display, thereby making the response ‘more precise and responsive.’ Apart from that, players will be able to connect the controller with their Windows 10 PC and Xbox One as well.

What are the Specifications of Xbox Series X?

Now to the most interesting portion that all of you have been dying to read, the hardware specifications of the device. Before starting, from all the current updates, it is safe to assume that this console will be a beast, and it will surely amaze you when it makes its way into the market. According to Microsoft’s official statement, right under the hood, the device is powered by a custom CPU which is based on Zen 2 CPU cores from AMD while its APU department leverages the RDNA 2 architecture from AMD. Microsoft boasts a GPU performance of 12 TFLOPS, a considerable increase from that of Xbox One X, which will let the developers run their imaginations wild.

In an interview, Phil Spencer revealed that with Xbox Series X, their main area of interest is the in-game frame-rates, and smoothening the playability of the games, thereby giving the games a hassle-free immersive experience. The device will be able to load any game incredibly fast and will run to the maximum frame-rates. According to other sources, Microsoft is extremely ambitious with its next-gen console as it hopes to attain performance of constant 60 FPS at 4K, and it is subjected to an increase of up to 120 FPS, and apart from these, the device is also capable of supporting 8K, which is amazing if they managed to get the job done.

It will also support DirectX Ray-Tracing which will give you highly detailed-real-time-processed visuals, and it will surely add up to your experience. Microsoft also revealed that Xbox Series X would have a new feature called ‘Variable Rate Shading’ which will work on individual effects on environmental objects as well as the in-game characters to give a ‘more stable frame rate and higher resolution.’

The device will come with an SSD and a GDDR6 RAM, and it will incorporate both Variable Refresh Rate and Auto Low Latency Mode. The ALLM will ‘automatically set the connected display to its lowest latency mode’ while VRR will work to get the game’s refresh rate synchronized with the refresh rate of the display thereby reducing tearing in visuals. If you own an Xbox One then you’re in luck as all of your accessories will be supported on Xbox Series X.

The specifications of Xbox Series X are:

Which Games are available for Xbox Series X?

Now, when it comes to the kinds of games that you’ll be playing in the next-gen beast, Phil Spencer has confirmed that Xbox Series will give us the answers to what lies ahead in the future of gaming and the games of the next-gen console will be ‘more lifelike, immersive and surprising.’ According to him, a huge library is being created, and currently, 15 Xbox Studios are actively working on it.

With the Xbox Series X, your retro gaming side will get a new life as the console will supports backwards compatibility of up to four generations that means you can plug your favorite Xbox 360 or the original Xbox games into it and play for as long as you want. According to the official word, the performance on these games will be enhanced considerably with faster load times, stable frame-rates, ‘improved resolution and visual fidelity.’ Coming to Xbox Series X games, so far we know that the sequel to 2016’s Hellblade: Senua’s Sacrifice, Hellblade 2 is under development, and it will be an exclusive title for the console and PC.

According to the latest updates, the other confirmed games to be available for Xbox Series X will be Cyberpunk 2077, Outriders from Square Enix, Watch Dogs Legion from Ubisoft, Rainbow Six Quarantine, GTA 6, Elder Scrolls VI and ‘Gods and Monsters.’ Phil Spencer revealed that with Xbox Series X, players could use the Xbox Play seamlessly across all devices. EA also revealed their plans, and according to them, Battlefield 6 will be available for the console. According to EA’s Blake Jorgensen, with the upcoming next-gen consoles (both PS5 and Xbox Series X), the boundaries have been pushed and they will do so many things that will ‘blow people’s minds.’

What is the Price of Microsoft Xbox Series X?

The Xbox Series X is expected to be on the premium range, because of all the features and power it packs. Also, both Xbox One X and the Xbox One was released with an initial price of $499, and we can expect a considerable rise from the figure in case of the next-gen console. Phil Spencer revealed that this time they wouldn’t ‘be out of position on power or price.’ One thing is for sure that fans will be able to buy the console on installments, so if you have any problem getting all the money, then you can opt for this option. The official price is yet to be revealed, but stay tuned to get the latest updates soon.