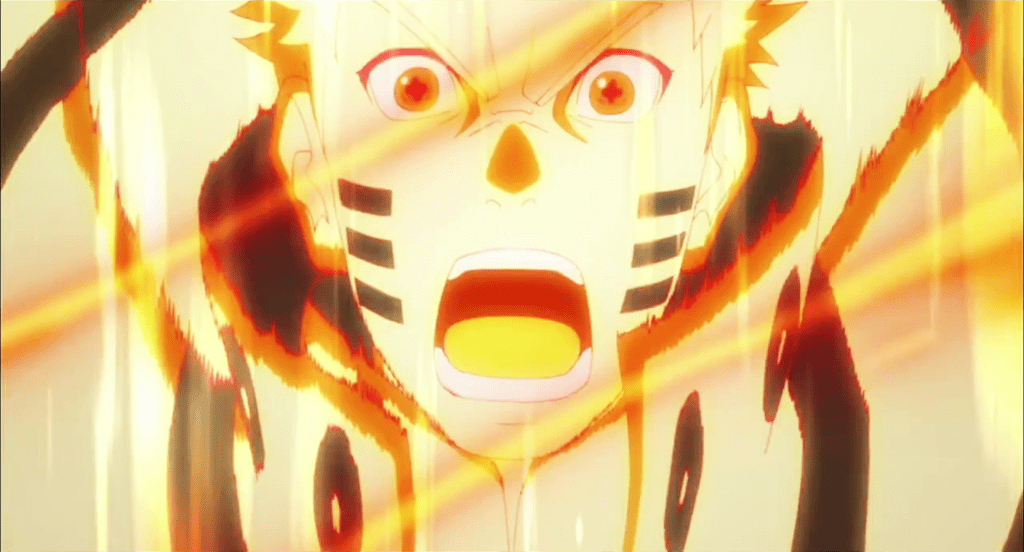 Boruto Chapter 32 was one of the best we’ve got recently. The whole manga has been very consistent quality-wise since the Ao arc, and it is needless to say that I’ve been enjoying it quite a lot. Previously, we saw Naruto going up against Delta, and he was yet again not going all out because he wanted to see what techniques Delta had in the bag.

Even then, Naruto was more than enough for Delta. The only thing that caused any problem for Naruto was Delta’s lightspeed beam of destruction that if hit will probably result in severe damage. Naruto’s tactic was to take a beating and make Delta use this and all of her abilities so that he finds out more about her and the technology that Kara uses.

In the same process, he wanted to make sure that Delta wastes her shots and drains her chakra so they can capture her. However, things got ugly really soon, and due to Boruto’s recklessness, Himawari was about to die. Thankfully, Kawaki saved her and now, Delta vs. Naruto is entering its final stages. So let’s discuss what might happen in the next chapter of the Boruto manga. 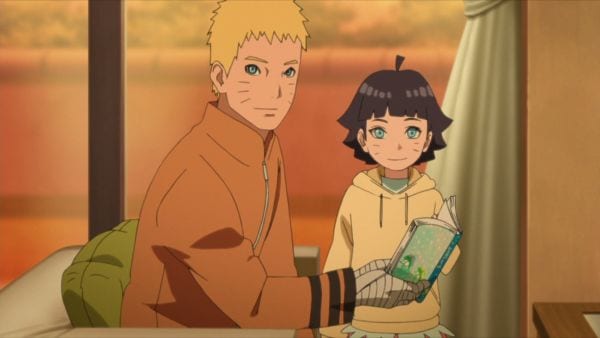 Naruto Uzumaki and Himawari from Boruto

Firstly, I think the fight will end here, or at least Delta will be out of options in this chapter. After having targeted Himawari, I’m sure that Naruto will show no restraint. Delta may try to counter him, but will eventually fail because if Naruto let’s loose, it is all over for her. Thankfully for her, the kids are around, and he cannot go all out which means that she may have a better chance.

Either way, I think Naruto will finish this fight in the next chapter and then we might see Kashin Koji intercept and take Delta back. Here, we may see Naruto clashing with Koji briefly, and this may throw even greater doubt I the readers minds about Koji being Jiraiya. That’s just how I see the next chapter going. What about you? What do you think will happen in Boruto Chapter 33? Let me know your thoughts in the comments section below!