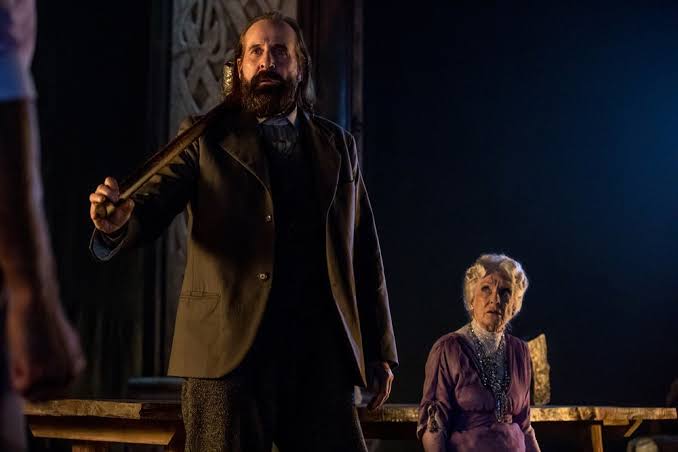 In this post, we are going to talk about American Gods season 2 episode 5 update, where to watch, and spoilers. However, while writing this article, the fourth episode was not broadcasted. But the main intention is to provide the fans with the details of the next week episode, so they do not have to wander here and there. But first, we shall be discussing what is supposed to happen this week.

We all know that Mr. Wednesday is always trying to gain more and more power, and that is what he will be doing this week. He will be trying to make a powerful god his ally, and he would need Laura’s help to do so. On the other side, Mr. Wednesday and Shadow will be meeting, which would be interesting to see. Additionally, Bilquis will be coming to Cairo, but he would have never thought that he will have to collide with Mr. Nancy and Mr. Ibis. Not just that, Laura is supposed to join Mad Sweeney. Now, let’s talk more about the next episode ahead!

The show is also available to be watched online on the Starz app, which is the easiest and cost-effective way to view any of the Starz shows online. Moreover, there are several online platforms such as Hulu, Roku, Sling, DirecTV Now where viewers can stream Starz channel at the mentioned time to watch American Gods. The following paragraph will contain spoilers from the next episode.

The next episode will feature a lot about Cairo’s history, and Shadow will learn the way of the dead after deeply understanding the historical values with the help of Mr. Ibis and Mr. Nancy. Furthermore, we know that Laura is supposed to join Mad Sweeney, and the next week will feature some old friends meeting her and explain their knowledge of voodoo healing.