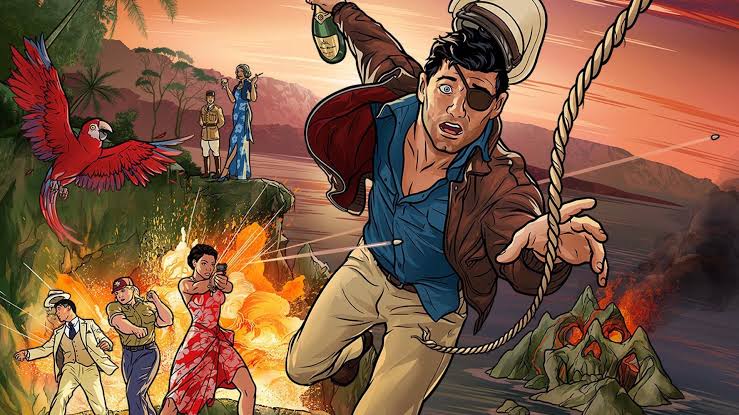 In this post, we are going to talk about the Archer season 10 where to watch, and spoilers. So, Archer fans, we have amazing news for you, as the tenth season is returning in April this year. Yes, we are just a couple of months away from seeing the tenth season and keeping reading to know everything about the next season!

So, fans saw a ninth season in April of the last year which concluded in June of the same year. Fans were amazed to see what they were looking, and they could not get enough of it and kept asking when will the next season release. The trend is still going on while we recently received an official answer. It was announced at Television Critics Association awards that the show would release in April 2019 (updated data at the end).

However, we still do not have any confirmed but we will get an announcement soon regarding that! Moreover, fans are excited to see their favorite show returning, and the next season will be called ‘Archer: 1999,’ which is compelling. As we know, Sterling Archer finally came out of the coma, as he was unconscious since the seventh season.

The last season was a positive take for the fans to see the lead character back to action, and the last season ended with a cliffhanger to keep the audience excited for the next season. Archer was seen in a spaceship kind of thing, but after knowing the season title, it looks like it might be related to time travel. The tenth season will also have eight episodes, similar to previous two seasons! Take a look at the main cast of the next season!

We have heard that the show would return in April 2019, but we have already entered into April, and there seems to be noannounced yet. I feel that we might be soon hearing it, but I thought we should have got aa month ago. Nonetheless, we are still waiting, like you all are!

However, we were then introduced to a new teaser of the show which was interesting, and it had news related to release bundle. Take a look at it first:

So, the show has been delayed to May 2019, which is the reason we do not hear much about it. We have another month to wait, but I believe that the wait would be worth it!